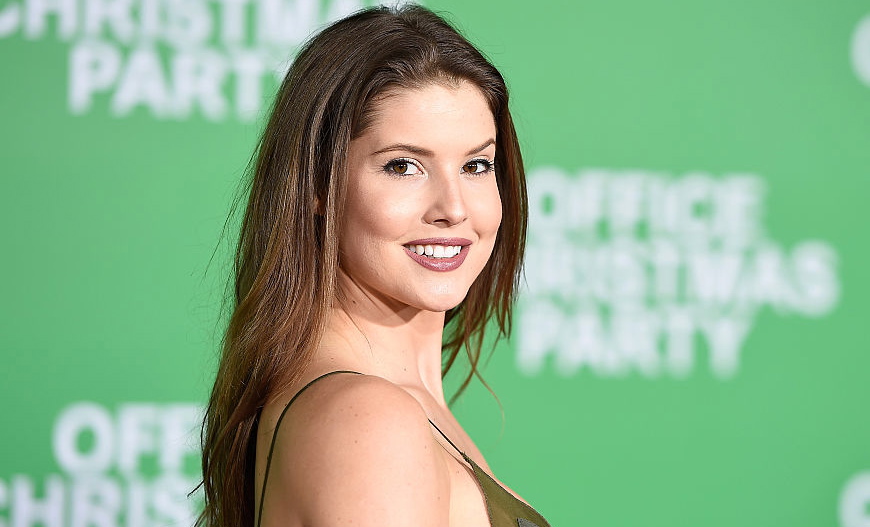 You’d have to be living under a rock not to have heard of the reigning queen of social media, Amanda Cerny! The 26-year-old former Vine star and YouTube sensation quickly rose to fame and has been taking the Internet—and the world—by storm, ever since she was listed as Playboy’s Playmate of the Month in October 2011. She then gained even more Internet popularity when she started making short Vine videos with her former costar and bestie, Lele Pons. Keep reading learn more about their heated and dramatic falling out, and to see some of Amanda Cerny’s hot pics!

When She Modeled for Playboy

Even though Amanda Cerny is now mostly known for her wildly popular and hilarious Vine videos, memes, and parody videos, her career initially started off in a totally different way. She first hit it big by modeling for Playboy. Unfortunately, we can’t share Amanda Cerny’s sexy pics from her Playboy days because they’re totally NSFW. But, here are some awesome pics from Amanda Cerny’s Instagram, and pics where she’s posing as a mermaid! By far, the hottest mermaid we’ve seen.

My natural habitat . Keep our ocean clean and save the fucking mermaids! ??

And here she is dressed as Wonder Woman! She’s really giving Gal Gadot and Linda Carter a run for their money!

A Star on the Rise

Though she rose to fame through modeling and making silly comedy videos online, Amanda Cerny has more than proven that she’s actually very talented, and has a real knack for acting. She’s starred in several low budget, B-list movies such as Internet Famous alongside fellow Internet sensations, proving that she doesn’t take herself too seriously, and pokes fun at her unorthodox claim to fame. In fact, Amanda’s keeping very busy in 2017 with a few more upcoming small film projects underway, including Airplane Mode (2017), Departed (2017), and #Speedball (2017), to name a few.

Also, if you happen to be one of her 16.6 million Instagram followers, then you already know that she’s more than just a pretty face! She makes a variety of awesome videos, posts sexy and hilarious pics, and she’s also a health and fitness aficionado. Here are some hot bikini pics of Amanda to prove it!

Be free, explore and then back to work??Mexico vibes

Amanda from the Block ?◻️

Obviously, she’s in incredible shape. The girl is big on eating right and she clearly works out everyday! (She must have to, it’s evident from her Instagram, this girl loves pizza!)

I traveled all the way to Florence today just for the food… now THAT'S AMORE !!! ??

In fact, Amanda’s Instagram is littered with selfies taken at the gym either pre-, during, or post-workout. Here she is lifting weights and balancing on a medicine ball -with a broken foot, might we add!

Be a pal and Tag your lazy friends for some gymspo … If it's you, then… just tag yourself too and get that sexy booty to the gym! ?☺️?

A Famous Fallout Between Friends

As most of you probably already know, there’s been some recent drama between Amanda and her famous Vine costar, Lele Pons. For a while, no one really knew what was going on and the Internet was abuzz with speculation and confusion. As it turns out, there was a little bit of betrayal and attempted sabotage at play at the hands of Lele. The drama all began about 6 months ago, when Amanda started noticing that a lot of her most popular social media posts were mysteriously being deleted. At first, she thought it was just a glitch or error on her accounts. Then, she noticed that her social media accounts were being set to “private” so that no one would be able to follow her, like, or view her posts.

One night, when she was at a party with a few of her famous friends, she posted a selfie to her Instagram only to have it inexplicably deleted a short while later. She saw that Lele Pons was playing around with her phone throughout the night and put two and two together. It turns out, Amanda’s trusted friend turned arch nemesis, Lele, was the culprit all along! Even though Lele denied the whole thing publicly, she allegedly admitted to deleting the posts in question during a private confrontation with Amanda. Of course, many fans were confused, and in the beginning, they didn’t know what to believe. But, more and more people have been rallying for Amanda, with the hashtag #TeamAmanda trending online.

Unfortunately, the hostility and mudslinging has continued, but it seems that Amanda is winning this battle and Lele’s attempts at coming out on top were all for naught.