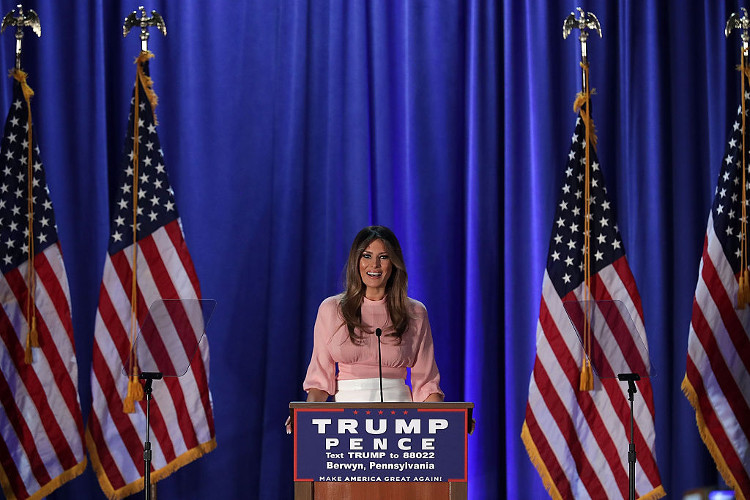 The only connecting link between Ivana Zelníčková, Marla Maples, and Melania Trump is that they each married newly-elected United States President, Donald Trump. Now that Trump has won the 2016 presidential election, we thought you should know how many wives Donald Trump had, and information about each one.

Donald Trump’s net worth is also estimated to be $3.7 billion thanks, in part, to his multiple businesses. He has two beautiful ex-wives and is currently on wife number three. Donald Trump will be the 45th President of the United States, taking office on January 20. We all know about the real estate mogul, but what about Donald Trump’s wives?

It has been reported that the couple worked on several projects together, including the Grand Hyatt Hotel, the Trump Tower in Manhattan, and the Trump Taj Mahal Casino Resort in New Jersey. She held senior positions in Trump’s companies before they began having creative differences and increased issues. Hearing rumors of Trump’s infidelity, Zelníčková filed for divorce, which was finalized in 1992. It has been rumored that Zelníčková received $350,000 as annual alimony.

There were rumors that Zelníčková asked for a divorce from Trump because of Marla Maples. Apparently, Maples and Trump were having an affair, which could have been true as the two were married in 1993 —one year after Trump’s divorce. Maples is from Georgia and was a high school homecoming queen. She was a model as well as an aspiring actress. She has appeared in a number of thrillers such as Executive Decision and Maximum Overdrive. Her other work includes A Christmas Too Many, Two of Hearts, Loving Annabelle, Happiness, Black and White, and Something Wild. Maples and Trump were married for six years before he left her for Melania Knauss in 1999.

Maybe these three women have more in common than Donald Trump. Each one of Trump’s wives have been models. Melania Knauss is no different. Trump’s third wife is from Slovenia. TV journalist, Barbara Walters thought that Knauss was a brilliant woman. Knauss is 46 years old, and not at all bothered about the age difference between 70-year-old Trump and herself. She has encouraged Trump go forward with the idea of becoming president, and has defended him throughout his campaign.