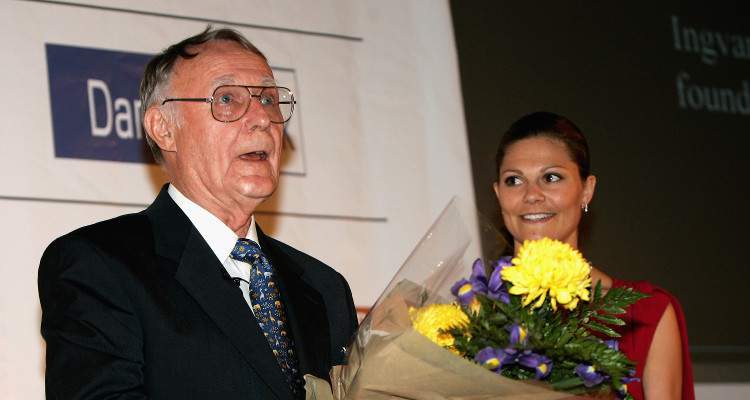 Ingvar Kamprad learned how to make money at a young age when he started selling matches in Sweden and built a loyal clientele. He applied these important business lessons to his new venture, IKEA, which today is one of the largest companies in the world. Ingvar Kamprad’s net worth was approximately $58.7 billion at the time of his death. He was known to be frugal, and passed on cost benefits to his customers.

People may call IKEA founder Ingvar Kamprad frugal, but the fact is that his respect for money and his drive for cost control made IKEA one of the most loved and admired companies in the world. He died of pneumonia on Saturday, January 27, 2018, at the age of 91.

IKEA started small, but over the years grew to become a behemoth that designs and sells ready-to-assemble furniture, kitchen appliances, and home accessories. In 2016, it sold around $45.18 billion of goods, and as of November 2017, had 411 stores in 49 countries.

Naturally, people are curious about the IKEA founder’s net worth and want to know how rich Ingvar Kamprad was at the time of his death.

According to sources, Ingvar Kamprad’s net worth was estimated at $58.7 billion at the time of his death. He was known for his low-key and cost-conscious lifestyle, and it was an important part of IKEA’s corporate philosophy.

Kamprad once said “It is not only for cost reasons that we avoid the luxury hotels. We don’t need flashy cars, impressive titles, uniforms or other status symbols. We rely on our strength and our will!”

Ingvar Kamprad’s Net Worth Compared to Other Business Leaders

Entrepreneur at a Young Age

Also Read: Josh Altman’s Net Worth: The Real Estate Agent for Whom the Sky Is the Limit!

Keeping the Customer on Top