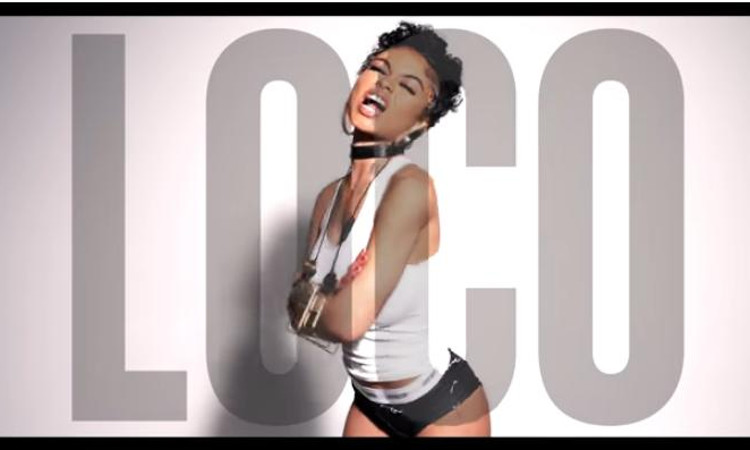 India Love Westbrooks is a model who achieved fame by appearing on the TV show, The Westbrooks. But now, the reality star has moved on to rapping! India Love’s “Loco” on YouTube has created a stir on social media, and the Twitterverse has gone crazy ever since!

Everyone is searching for India Love’s nude pictures, which were allegedly leaked just as the model released her song, “Loco.” Now, she is receiving some serious backlash from social media users. But like always, India Love remains in the calm, cool, and collected.

Love is about to celebrate her 22nd birthday on February 3, 2018. But she is not receiving very good wishes!

India Love Westbrooks’ song, “Loco,” is driving fans crazy, and not in a good way. This is especially so, after the boys from The Black Eyed Peas were seen in it.

Will.i.am, Taboo, and apl.de.ap are featured at the end of the video, with will.i.am rapping. The other two make a blink-and-you’ll-miss-it cameo.

The Twitterverse is not even taking a moment to stop and catch a breath! People everywhere are chiming in as they don’t seem to be down for India Love taking music on as a career.

The BET show, The Westbrooks, is in serious competition with Keeping up with the Kardashians, with Love and her sisters known as the “Black Kardashians.”

India Love is the youngest child in the Westbrooks family and it seems as though she’s following in Kim Kardashian’s footsteps!

The reality star makes a living through modeling and social media promotions. Now, she ventured into the music industry.

It was rumored that the 21-year-old was dating The Game back in 2014. However, the news soon fizzled out.

If you haven’t seen the video for “Loco” yet, you can check it out right here:

She announced in one YouTube video that her new song will drop on February 2, 2018. So, if you guys were waiting, it’s available today!

What’s Everyone Saying about Her Song?

People aren’t holding themselves back on social media! Some came out with a straight, “it’s horrible.” Meanwhile, others took it a step further and said that they hope she fails as a rapper so that she could move on to adult films! Ouch!

Check out some of the hate that Love received within 42 hours of her releasing the video:

arrest whoever motivated india love to start a music career

India love babbbbyyy that song was garbage as shit

dam i jus seen india love rapping on my tl, im not even high anymore how she make me unhigh

LMFAOOOOOOO India love gotta stick with taking pictures ???? who told her to drop some music ????

It’s not all bad for India Love though! More and more people are getting interested in her song.

Comments like “She’s got potential” on YouTube can also be seen. Many viewers commented that they like the graphics in the video and supporters are boosting India Love up by saying they are with her all the way.

India Love has a very impressive number of fans on the photo-sharing app with 3.5 million followers! She mostly posts enticing pictures of herself.

Here are some drool-worthy pics of India Love you need to see!

#ad I Looove me some @RoyalBlunts #XXL

Our focus is our Future

love being her mom ♥️