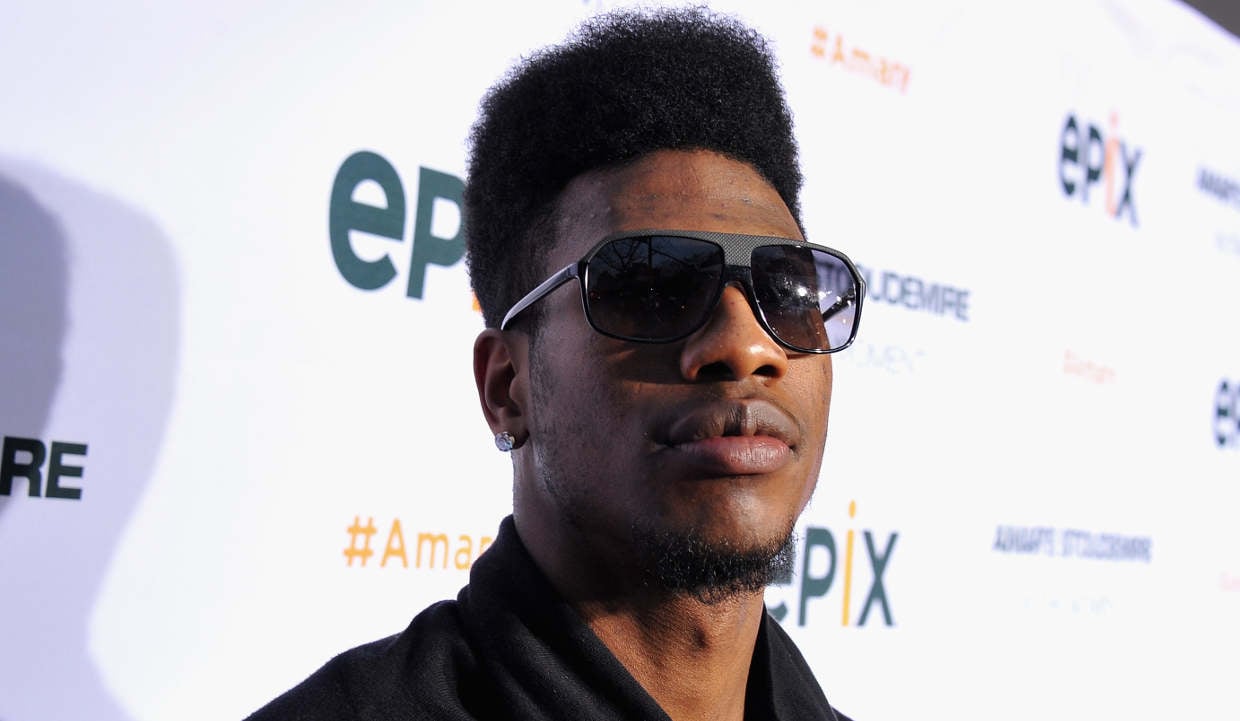 Iman Shumpert, the star player of the Cleveland Cavaliers, built an empire for himself before he turned 30! But just how rich is the shooting guard? This tall, dark, and handsome basketballer has more than just an estimated net worth of $14.0 million to make him a happy man!

Shooting guard Iman Shumpert’s game is always on point, which is why he is on the current roster of the Sacramento Kings. He was acquired in a three-team trade by the Kings in February, only cementing the fact that he is a player to watch out for.

Basketball Is in His Blood

NBA players can be idols to everyone who loves the sport, which is why it is so important for them to get on the roster —and fast. And that is exactly what Iman Shumpert did.

Shumpert has been playing quality basketball since he was a middle-schooler at Gwendolyn Brooks in Illinois. His passion for basketball took his high school, Oak Park and River Forest High School, to higher levels, and Shumpert was sure to become a pro.

Iman Shumpert was born on June 26, 1990, in Oak Park, Illinois, to Odis and L’Tanya Shumpert, who both worked regular jobs to make a living. He has three brothers named Kasani, Ahrii, and Odis Shumpert Jr.

Shumpert’s love for basketball was constant. No matter which subjects he opted for, be it at middle school, high school, or at Georgia Tech where he studied sociology, he made sure he was playing for the institute he attended.

The basketball star has an affinity for creative writing and broadcast journalism as well.

How Much Is Iman Shumpert Worth?

The majority of the six-foot-five player’s earnings come from the deals he signs with teams. Shumpert began his pro career with the New York Knicks after he was drafted as the 17th overall pick in 2011.

The NBA draft followed Shumpert’s impressive college statistics. He ranked No. 4 in the ACC.

Iman Shumpert reportedly earns a salary between $10.0 and $11.0 million. And to many fans’ surprise, he’s not a big spender!

Shumpert’s most recognized deal is the four-year contract he signed with the Cleveland Cavaliers. He was reported to have been offered $40.0 million to sign on to the roster, which also included bonuses and incentives.

The shooting guard has been earning millions since 2011, when he signed his very first four-year contract with the Knicks valued at $7.5 million.

By 2018, Shumpert’s salary was a little over $11.0 million. That’s still a long way to reach up to Stephen Curry, who earns an estimated $40.0 million as salary!

Nonetheless, the shooting guard has created a luxurious life for himself and his growing family with wife Tenaya Taylor.

Congratulations to my wife on yet another award!!! Thank you to @fashionbombdaily for presenting her with the "Breakout Bombshell of the Year" award to add to her growing shrine! Glad I got to be there for support. Love you!

There is no basketball player without endorsements, and there are no products without star players endorsing them! And Iman Shumpert is a bench warmer when it comes to this.

On his social media accounts, you can see Shumpert promoting Rumble Boxing. With a company so big and a player who is equally as huge, we’re sure Shumpert has been paid in the millions.

Shumpert has endorsements with big names in sports like Adidas and Nike. And we all know about the infamous Adidas logo haircut, too.

The basketball star’s high-top fade hairstyle has become more of a symbol today. It’s a brand logo that is recognized instantly.

As mentioned earlier, Shumpert is very careful with his money and doesn’t like to spend it as soon as he’s earned it. He greatly believes in saving a big chunk of his earnings and doesn’t touch it for a while.

“If I would have only made $4 million in my career, I could live the lifestyle I want to live with that. There are a whole lot of people who have never seen a million dollars in their life and they live just fine,” Shumpert said in an interview.

Shumpert’s planning to make his money work for him. That said, he is very passionate about his career, and he helps others live their dreams, too.

MADE MEN is Shumpert’s non-profit basketball club. It offers coaching and skills training to children who want to become the next best thing in the sport.

Their website showcases what the organization does. And those who wish to donate are offered different tiers. They accept donations ranging from $1,000 to $10,000, which comes with different benefits according to the amount paid.

Iman Shumpert has following in the footsteps of his wife, Teyana Taylor, and ventured into the world of music!

Among the many songs the player has recorded, with “Seductive” being the latest, “Finessin” seems to be gathering a lot of attention.

Cash Clay is producing Iman Shumpert’s songs, and we know the history of this Grammy-nominated producer. He works with big names in the industry like T-Pain and R. Kelly.

Check out Iman Shumpert’s music video for his newest song, “Seductive,” below:

Taylor and Shumpert are busy with their latest show on TV called Teya & Iman. Could their show become the next Khloé & Lamar?

Well, by the looks of the popularity of the show, we’re sure that they are well on their way to making the family name a big brand. Not to mention the big earnings through these ventures!

Whether or not he likes to show it off, it’s no doubt that Shumpert is a rich man. And with his investment skills, we’re sure he’s not putting all his eggs in one basket!

Whenever Shumpert is on the move, we spot him wearing some real expensive bling and can’t help but wonder what they’re worth. He also sports gold earnings time and again but is mostly spotted wearing a pair of diamond earrings.

Got the hottest chick in the game/ wearing my ring! Dat right!

It was reported that the player was also seen wearing a thick gold Chanel necklace.

And, let’s not forget Shumpert’s very own Cleveland Cavaliers NBA championship ring, which he won in the 2016-2017 season. The ring made by Kay Jewelers has around 400 diamonds and is set in 14K yellow gold and is a total of 6.5 carats.

Shumpert likes to travel in style. Although he doesn’t show off his luxury rides, we are still envious of his car collection.

On social media, the Shumperts were seen atop an army green Jeep Wrangler, which has a base price between $26,995 and $40,000, depending on the model.

Shumpert’s first car was a 1998 Chevy Blazer. He probably purchased it for a few thousand dollars back in the day.

The SUV was featured on the TV show, The Auto Firm. It was brought back to life for Shumpert to use it again.

It is also reported that the player owns a Hummer priced at $40,000 and a Range Rover, too.

Shumpert’s nest is a lovely modern abode in Studio City, Los Angeles. The contemporary-style home is a marvel that cost the player a cool $2.996 million.

The Shumperts’ home sprawls across 5,700 square feet and has 12-foot-high ceilings. The entire home itself is monochromatic and comes with some dazzling views.

It also has a pool, outdoor seating, five bedrooms, 5 and a half bathrooms, and the master suite’s balcony has a direct view of the pool.

The backyard is adorned with a water fountain and has an outdoor kitchen with a grill.

So, what’s the best feature of this home?

A private theater for the whole family!

Iman Shumpert’s Net Worth Compared to His Contemporaries