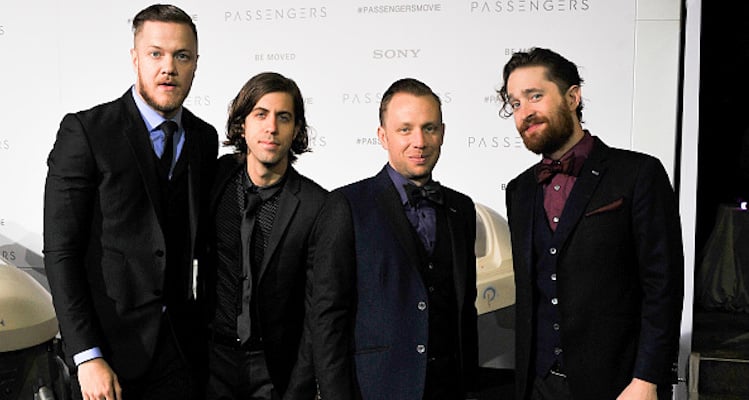 Billboard confirmed that Imagine Dragons has an upcoming album for 2017 and are currently hard at work creating their third studio record, following their 2015 Billboard 200 chart-topper Smoke + Mirrors. It’s been two years since their last album and fans are highly anticipating more music from the band.

Imagine Dragons’ upcoming album for 2017 will have fans screaming for an encore. How do we know this? One of Imagine Dragons’ new songs was shared in November to amazing reviews. If you haven’t heard “Levitate,” lifted from the Passengers (2016) soundtrack, we’ve got it for you! It’s already been a long wait but considering the effort they put into making their sound stand out amongst their alternative rock competition, we’re confident the wait will be worth it.

“I know that we’re far from where we need to be / But the world wasn’t made in just one day / Though our journey’s long, I know our love is strong / You’re my shooting star / We’re flying high above,” sings frontman Dan Reynolds on “Levitate.” The band originally announced the song’s release on their Instagram.

A few updates for you our dear friends across the globe: 1. We miss you. 2. We are currently working on album 3. 3. Until that day arrives, we are very excited to share a new song with you that we made for the upcoming movie @passengersmovie – out in theatre this Christmas. “Levitate” is out TONIGHT at midnight ET.

While you wait, listen to “Levitate” in the video below:

In 2015, Imagine Dragons made history as they performed at the Grammys with Kendrick Lamar. Instead of airing eight 30-second commercials, Target gave music fans something better. Imagine Dragons performed their song “Shots” in Las Vegas incorporating a 360-degree screen, fans dressed in LED jewellery, 22 cameras and helicopter footage. Frontman Dan Reynolds told Mashable, “We’re trying to push the boundaries of what you can do with technology.” Since then, the Las Vegas alternative rock band has received a variety of awards for hit songs off their albums Night Visions (2012), and Smoke + Mirrors (2015). “Radioactive” off Night Visions, released October 29, 2012, is possibly their most memorable song to date. The song peaked at number three on the U.S. Billboard Hot 100 chart.

On June 29th, 2017, the musical masterminds behind “It’s Time” will be dominating stages in Europe for several performances in Belgium, Italy, and Portugal. On July 8th, Imagine Dragons will be on the performers list for NOS Alive at the Lisbon Festival, along with world-renowned musicians such as the Foo Fighters, Depeche Mode, The Weeknd, and The XX.

If you can’t stand the wait, follow the band’s Instagram (@imaginedragons) and stay up to date with their posts. You’ll want to be the first to find out when the album is released, so stay sharp!