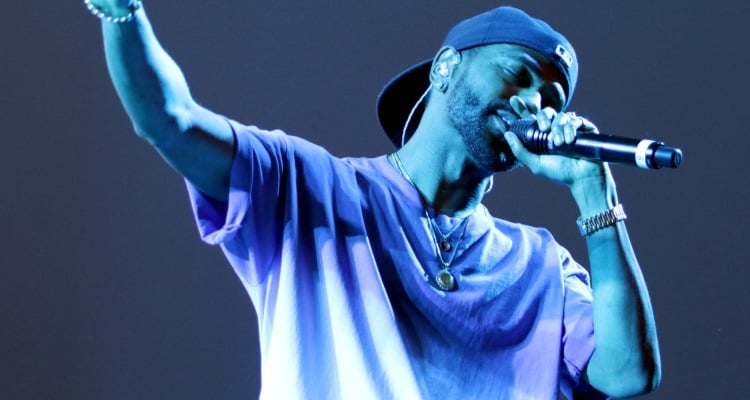 The iHeart Radio Music Awards 2017 are almost here and thanks to Big Sean’s announcement, fans have an idea of what to expect on the big night! We’ve got the details here!

It looks like Big Sean had something he needed to get off his chest. The “Bounce Back” singer took to his personal Instagram to let his fans know about the upcoming iHeart Radio Music Awards and captioned the post, “We gonna kill this show! Happy to be performing along w/ Bruno n some other talented artists at @iheartradioMusic Awards. #IDecided. out now.”

Over 80 fans have already commented on his photo and it’s had over 10,000 views since the news was announced! Looks like people are already getting excited for the big event, and adding Big Sean’s name to the roster is only increasing the anticipation! 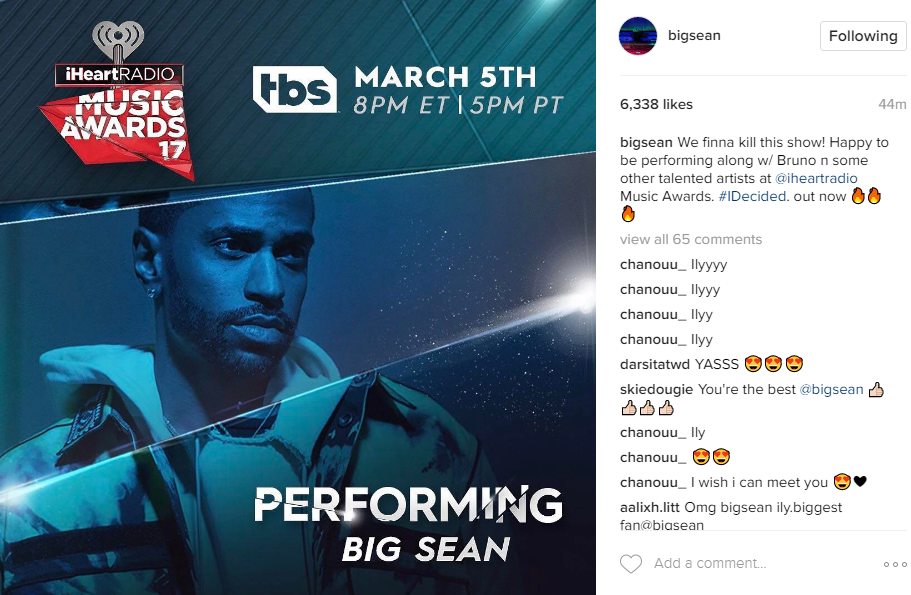 Ryan Seacrest will host the fourth annual event which will be held on March 5 at the Forum in Inglewood, California.

The iHeart Radio Music Awards will air live on Sunday March 5 at 8:00 p.m. EST on TBS and TNT.

Introducing the performers at our 2017 #iHeartAwards with you host @ryanseacrest! Will we see you there? (Link in bio)