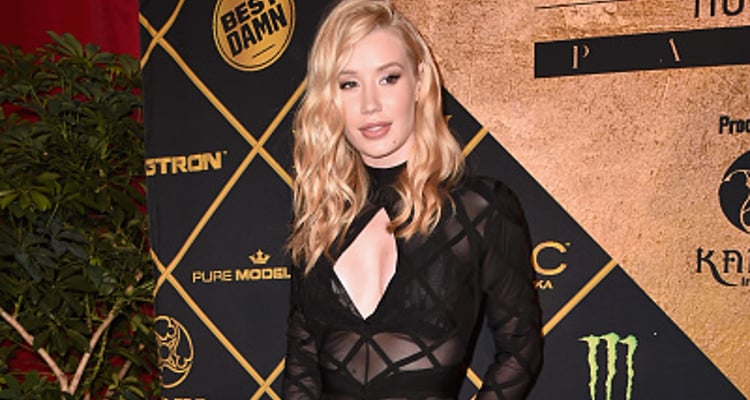 Iggy Azalea has stayed away from the limelight since the summer, and postponed the release of her latest album as a result. She recently made a public appearance at a GQ Australia party, where she was named Woman of the Year.

Although she did not mention anything about her latest album during her acceptance speech, it has been said that her second album, Digital Distortion will be released in 2017.

The album was originally to be released in July 2016, however, Azalea pushed the date following her split with fiancé, Nick Young. She called off her engagement after finding out that the basketball player had cheated on her. Deciding to take some personal time, Iggy Azalea delayed the release of Digital Distortion saying, ““I just needed to have some me time to get my life in order and process the changes that are happening in my private life.” She added, “When I wrote [my album] I was about to get married … I don’t want to go and promote my album and get asked about my relationship that has just crumbled.”

Iggy Azalea is a talented singer who has given us chart-topping singles. Her new album is bound to amaze her fans, especially after the highly “Team” was nominated for Choice R&B/Hip-Hop Song at the 2016 Teen Choice Awards.

Iggy Azalea announced on Twitter that she will be going on The Great Escape Tour to promote her new album’s release. However, the tour was later canceled due to conflict between her and her management. D.R.U.G.S. The same production team who worked with Azalea on her debut mixtape, Ignorant Art will produce Digital Distortion.

During an interview with People, Iggy Azalea said, “I just kind of felt like, on top of me needing the personal time, then feeling, ‘Okay, I’m single now. I want to have sexy songs. I want to say stuff about being single.’ I obviously didn’t write that on my original album.”

On January 8, 2016, “Azillion” was available for streaming on SoundCloud. After releasing “Azillion,” Azalea was reportedly disappointed with the response she got from the song. She thought that he label refused to allow a video to be made for the song because of its negative reviews.

Iggy Azalea’s newest album is now scheduled to be released in 2017. We don’t know when yet, but Azalea promises a new single featuring a female artist in January 2017.