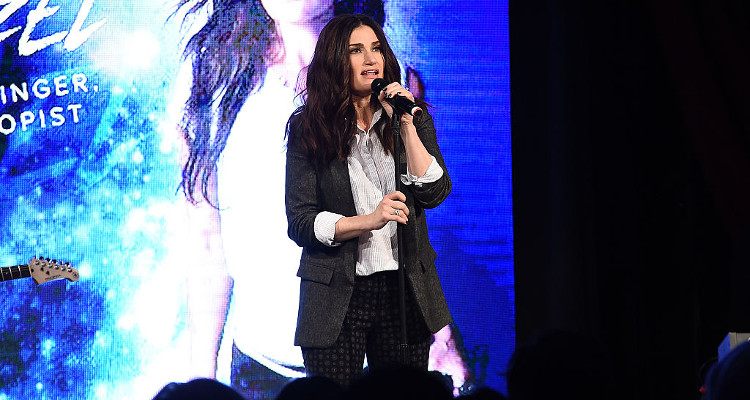 Idina Menzel stars in the remake of the iconic ‘80s classic, Beaches. She will play CC Bloom, originally brought to life by Bette Midler. Before that, Menzel hit the red carpet of the 2016 American Music Awards looking absolutely stunning!

Idina Menzel wore a sheer black number to the AMAs 2016 that had heads turning for its simplicity and boldness. The songstress was not nominated for an award, but she was certainly the best-dressed of the night! Menzel will channel Bette Midler’s CC Bloom in the contemporary remake of the ‘80s classic, Beaches. We can’t get enough of the beautiful Idina Menzel. So, we’ve compiled facts about her net worth, husband, son, age, and career in our Idina Menzel Wiki. 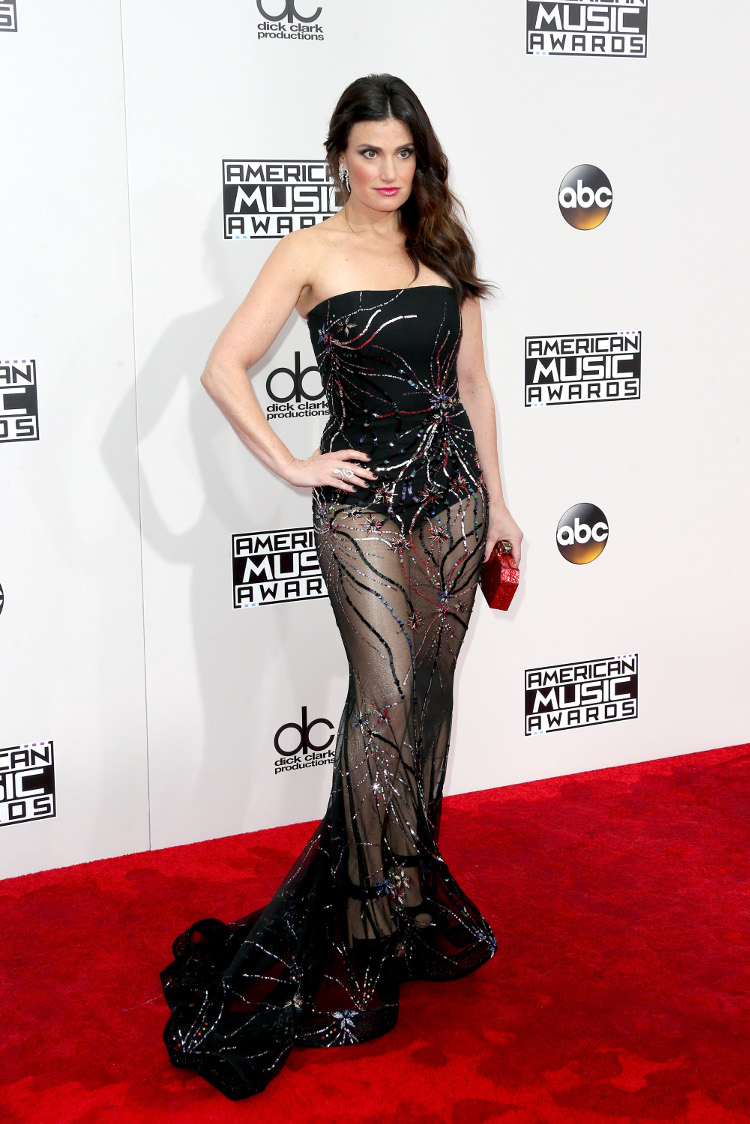 1) Frozen Increased Her Net Worth

Menzel is a singer, songwriter, Broadway star, and an actress. She is well-known for her role as Shelby Corcoran on Glee, but her most famous work to date has to be voicing the ice queen, Elsa in Disney’s Frozen. The song “Let it Go” sung by Menzel became a global hit, and the movie’s soundtrack sold over four million copies worldwide! It’s safe to say that a major portion of Menzel’s $10.0 million net worth came from Frozen’s success.

Her role in the Broadway musical, Wicked won her a Tony Award for best actress in a musical. She reportedly earned over $2.0 million from the musical’s cast recording sales. Recently, the 45-year-old and her fiancé, Aaron Lohr, purchased a mansion in Los Angeles worth $2.6 million.

2) She Changed the Spelling of Her Name

Menzel was born Idina Kim Mentzel. She grew up in Syosset, New York to a Jewish family that emigrated from Eastern Europe. Her mother, Helene Mentzel was a therapist and her father, Stuart Mentzel, was a pajama salesman. She also has a younger sister named Cara Mentzel.

Idina may only be five-foot-four inches in height, but her voice is larger than life. She trained to be a classical singer from the age of eight, but branched to other genres as she grew older. She began a singing career when she was 15 years old by performing at weddings and Bar Mitzvahs. She continued singing at weddings even while she was at New York University’s Tisch School of Arts, where she acquired her Bachelors in Fine Arts degree in drama.

When Idina embarked on her professional career, she changed her surname from Mentzel to Menzel to better reflect the pronunciation her family had adopted of their surname in America.

3) She Was Married to Taye Diggs

Menzel had met Taye Diggs in 1995 during the original production of Rent, the musical that brought Menzel to prominence. Taye Diggs currently stars in Fox’s hit musical drama, Empire. Diggs and Menzel married in 2003 and have a son, Walker Nathaniel Diggs, who is now seven years old.

Menzel’s sudden rise to fame with Frozen made her a very busy woman and it subsequently took a toll on her personal life. While she was enjoying professional success, her marriage fell apart. Menzel and Diggs divorced in 2013, after 10 years of marriage. When Menzel released her new album Idina, she said in an interview that one of the songs is like an apology to her son. She didn’t want her son to go through the pain of divorced parents the way she did. 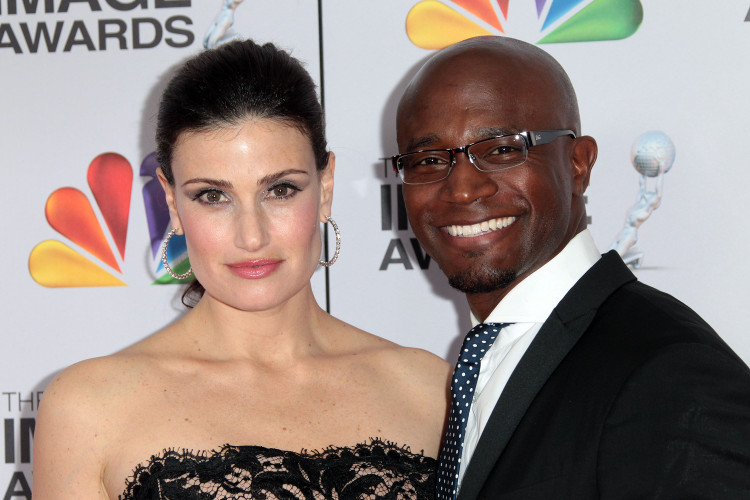 Menzel has since moved on from her divorce. She’s now dating actor, Aaron Lohr. They both starred in the film adaptation of Rent. Lohr was Menzel’s date to the 2015 White House Correspondents’ Association Dinner. In September 2016, Menzel took to her Twitter account to announce that she and Lohr are engaged.

As if this week couldn’t get any better I have wonderful news… my man and I are engaged! We are so happy. It’s a beautiful time.

4) She Has Won Several Awards

With so many working titles under her belt, it’s no surprise that Menzel has many accolades to her name. She has been nominated for many Tony awards and has won one for her work in Wicked. Her small stint on Glee earned her a Teen Choice Award, as well.

Her film credits include musicals like Enchanted, Rent, and Frozen. She has received a number of awards for Frozen, including a World Music Award, a Teen Choice Award, a Grammy Award, a Billboard Music Award, and an American Music Award. She performed “Let it Go” at the Academy Awards the same night it was nominated, and subsequently won an Oscar. She made history by becoming the first person to score a Billboard top 10 with “Let it Go,” and a Tony Award for acting.