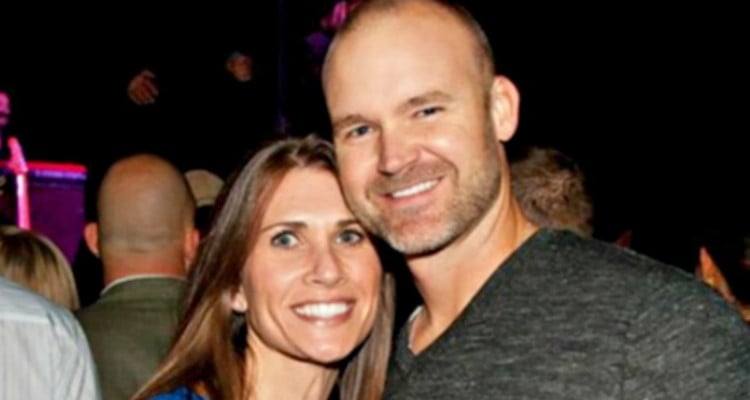 While David Ross is the star of the family, Hyla Ross is his strong, calm and determined wife, who prefers staying out of the limelight. Hyla is a trained pediatric nurse, who cares for people and supports several charities. She is a pillar of support for her family.

David Ross’ wife did not expect the kind of media attention that came her way when her husband, former baseball player David Ross agreed to take part in Dancing with the Stars season 24. After David Ross’ Dancing with the Stars performances, the spotlight has fallen squarely on his beautiful wife, Hyla Ross. People want to know about her, so we have some details from Hyla Ross’ wiki.

Saved from the Jaws of Death

Hyla Ross is a trained and licensed pediatric nurse, who loves to help people. Hyla has been married to David for almost 18 years, and their marriage is still going strong with the couple’s dedication to each other and their family. David and Hyla’s family consists of them, their two daughters, Landri and Harper, and their son Cole. While giving birth to Harper, Hyla was rushed to the intensive care unit because of an abruption (when the placenta is detached from the uterus) where she had to undergo an emergency C-section. Hyla could have bled to death, but fortunately, the surgical procedure was a success for both her and her child.

Also Read: Emma Slater Wiki: Everything You Need to Know

Her Sharp Eye Spotted the Problem

This event made David Ross think a lot about his family, and he decided to spend as much time he could with Hyla and their children. In his 2013 baseball season with the Boston Red Sox, David suffered two concussions. Hyla noticed a change in his behavior and David was surprised, unsure about what his wife was talking about. Hyla was very sure about her observation, saying at the time, “It wasn’t the person, the man, the husband I’ve known. It was a hard spot to be in for a spouse knowing him as well as I do and knowing he wasn’t okay. It was kind of scary, hoping that that wasn’t a permanent change.”

Thankfully, being around the kids helped David and the tender, loving care he received from Hyla put him on the road to recovery. When he felt better, Hyla said, “Once I started to see him come back, I was actually more relieved than I knew.” She started putting her efforts into helping people and has become a philanthropist. Hyla and David Ross support several charities, including the Hudson Foundation, the Pediatric Cancer Research Foundation, and the Kevin Faulk Foundation.

Also Read: Kym Herjavec Wiki: Everything You Need to Know about Mr. T’s Partner on “DWTS” 2017

Hyla is the Calm One

The fact that Hyla is a pediatric nurse came to be very useful in March 2014, when her son Cole was rushed to the emergency room. He couldn’t breathe, and his mouth was turning blue. David panicked but saw that his wife was calm. Hyla’s composure under pressure gave David the strength to remain calm as well, thinking, “She’s the calm one. She’s calm; I’m calm.” Luckily Cole recovered, and they found out he has asthma.

Holding Down the Home Front

David Ross loves his wife, and their closeness is apparent in the photos of the two of them on David’s Instagram account. While David has been slugging it out on the baseball field, Hyla Ross has been keeping things afloat at home. It is tough for her to work while managing the kids, but she loves doing both and has done a great job. No wonder people envy David for having wife as smart and beautiful as Hyla!