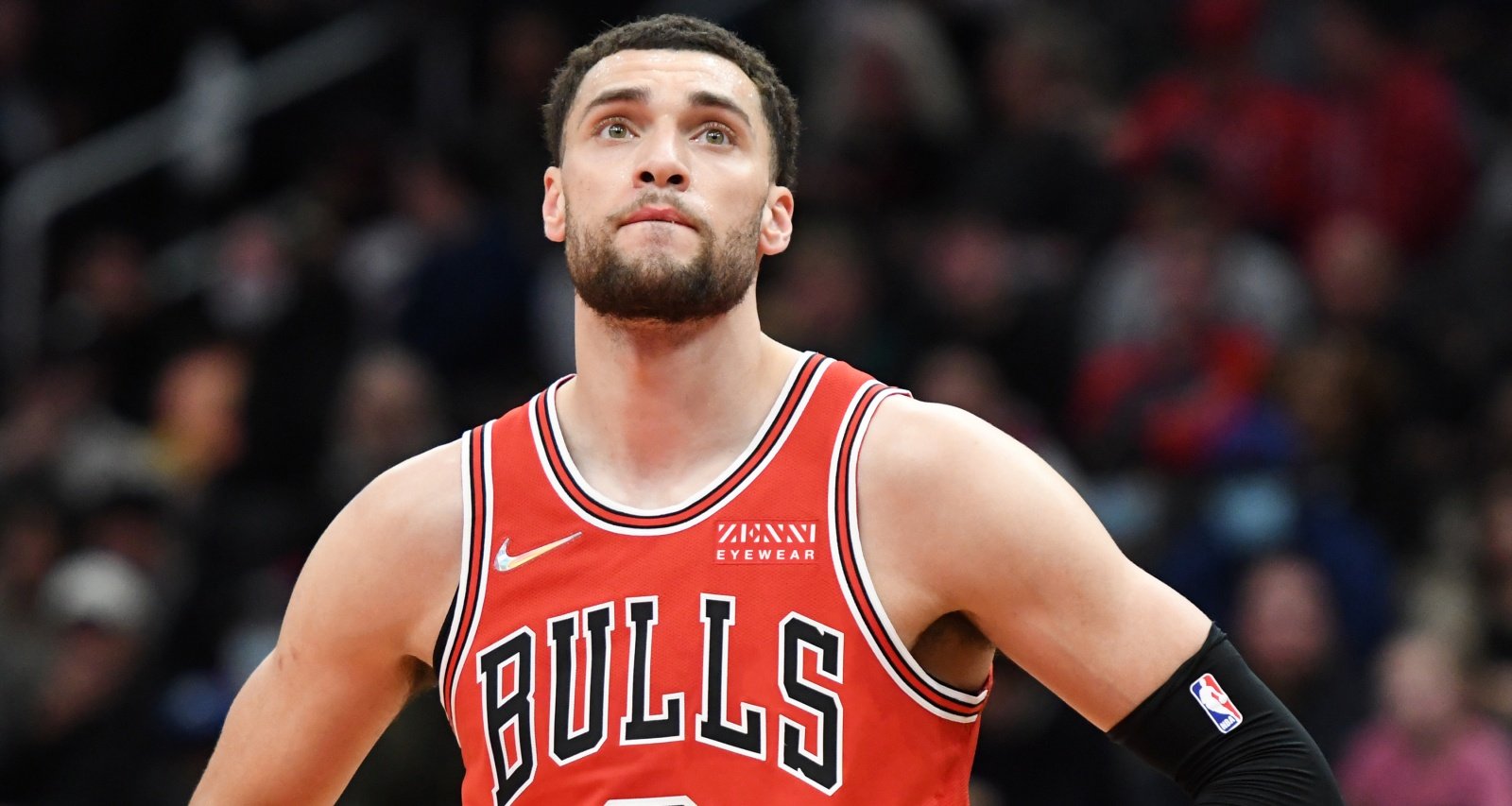 Zach LaVine #8 of the Chicago Bulls looks on during a NBA basketball game against the Washington Wizards at Capital One Arena on March 29, 2022 in Washington, DC. NOTE TO USER: User expressly acknowledges and agrees that, by downloading and or using this photograph, User is consenting to the terms and conditions of the Getty Images License Agreement. (Photo by Mitchell Layton/Getty Images)

Zach LaVine’s first time in the NBA playoffs isn’t going well. The Minnesota Timberwolves star is dealing with a knee injury this season, and it is also drawing attention to his personal life. The NBA All-Star came to the league with his longtime partner, and since then, fans have been eager to know more about Hunter Mar, Zach LaVine’s girlfriend. She is low-key on social media, which further intrigues Timberwolves fans. Especially because Mar has another connection to a different professional athlete. Their engagement only drove the curiosity further. So we compiled all the details on Zach LaVine’s fiancée in this Hunter Mar wiki.

Hunter Renae Mar was born on February 10, 1997, and hails from Washington. Her family lives in Renton.

She is one of three daughters born to Toni DeCaro Mar and Ryane Mar. She has an older sister, Haeley, and a younger sister, Kaiya.

If Haeley Mar sounds familiar, she is known as the girlfriend of MLB pitcher Blake Snell. The San Diego Padres player has often hung out with Zach LaVine, including on Hunter’s recent birthday.

Hunter Mar graduated from Kentridge High School in 2015. During her time there, she was part of the National Honor Society, a homecoming princess, and a varsity soccer player.

Affiliated with multiple soccer clubs in Washington, Mar landed a spot on the Seattle University team roster. She played in the 2015 and 2016 seasons.

Mar’s soccer career and post-college work status are unknown. She doesn’t post on social media often, but it appears that she goes wherever Zach LaVine’s career takes him.

Renton natives Hunter Mar and Zach LaVine have reportedly been together since high school. LaVine would go on to play at UCLA before getting selected by the Minnesota Timberwolves in the 2014 NBA draft.

Hunter has made a home wherever Zach’s career went. She has lived in California and Chicago, according to her social media.

The longtime sweethearts announced their engagement on social media in April 2020. Although there are no reports on a wedding date yet, the Timberwolves WAG already goes by Hunter LaVine on social media.