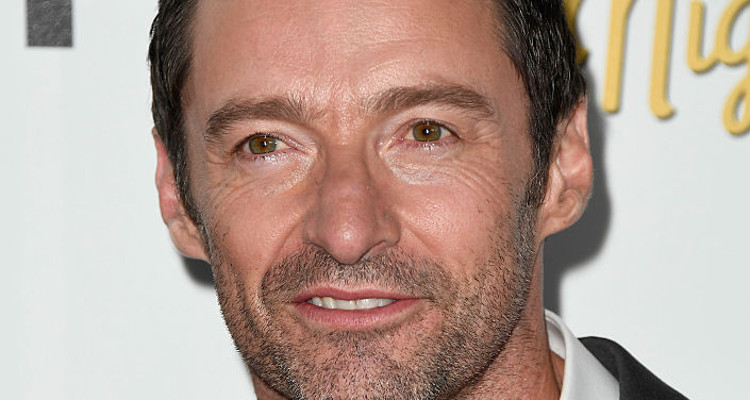 Most of the time Hugh Jackman has to be tense and serious for his roles in movies like X-Men and Wolverine. That’s the reason it is so refreshing to see Jackman let his hair down and have some fun. Check out the Instagram clip where Jackman is upside down.

Hugh Jackman is on a high. And why not? His new film Logan is scheduled for release on March 3, 2017, and the “first look” posters are already out. One poster in particular, the “sunset” poster, has created a buzz among his fans and the Hollywood film industry. In this poster, Jackman, as Wolverine, is seen walking towards the camera with a brilliant orange sunset behind him. The shot was taken in a desert and the background shows vast emptiness. Jackman put this poster on his Instagram account and now has put a small clip of a few seconds on his account where he is seen doing some kind of yoga in the same setting.

A Different Point of View

That’s right! Jackman is seen in this clip doing a headstand with his legs straight and high up in the air. In this clip, Jackman is wearing a half-sleeve gray T-shirt and a pair of shorts. He is also sporting a resistance band across his two arms. He can maintain this pose for barely three to four seconds and then he comes down. The actor is seen smiling in this clip. It looks like Jackman is practicing some yoga! Yoga is a form of exercise that originated in the mystical land of India as a way to exercise one’s body and mind.

One wonders where and why Jackman got interested in this kind of exercise. He goes to the gym regularly, after all, to maintain his body so that he can look convincing in his role as Wolverine in the X-Men and Wolverine franchises. The role of Wolverine requires Jackman to look lean and mean with plenty of rippling muscles. Those long claws need a strong arm to be attached to after all. It’s a pleasant surprise to see Jackman having some fun. Most of the times he has to look fiercely intense. But this time, Jackman is having some fun doing some goofy yoga and then sharing it with his fans. It’s good to see him letting his hair down and have a good time.