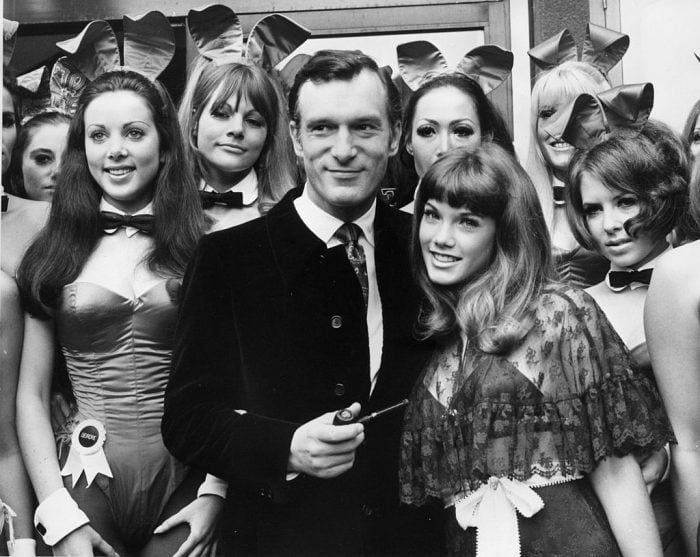 With the loss of the legendary Playboy founder, many are wondering about Hugh Hefner’s younger self. Since the world found out that Hugh Hefner is dead, fans of the icon and magazine owner want to learn more about his youth. If you wan to know more about Hugh Hefner when he was young, then you came to the right place.

Before he became known as Playboy‘s Hugh Hefner, he was born to a modest family of Methodist teachers in Chicago, Illinois on April 9, 1926. His parents, both from Nebraska originally, were Grace Caroline Hefner (nee Swanson) and Glenn Lucius Hefner. After attending college prep school, Hefner served in the U.S. Army in World War II, mainly writing for a military newspaper. He graduated from the University of Illinois in 1949 and got his start in the business as a copywriter for Esquire.

The Birth of Playboy

In 1953, Hefner got a $600.00 bank loan and borrowed $8,000 from investors to make the first issue of the now famous magazine. His mother contributed $1,000, not because she believed in his idea, but because she had faith in him. The name of the magazine would have been Stag Party, but he changed his mind at the last minute. From then on, his magazine was seen as the bible for middle class bachelors who had disposable income to cater to their sexual desires. It was a time of sexual oppression and Hefner was known to be very open on his views on sex as a whole, which made the magazine very controversial for its time.

It was branded with the synonymous rabbit “bunny” symbol and sold more than 50,000 copies within weeks of being printed. Marilyn Monroe was the first cover model. In fact, many famous women posed for Playboy throughout the years, including Pamela Anderson, Azaelia Banks, Kim Basinger, Elle MacPherson, Naomi Campbell, Goldie Hawn, La Toya Jackson, Kim Kardashian, Jenny McCarthy, Dolly Parton, Anna Nicole Smith, and Sharon Stone. Imagine a party at the Playboy Mansion with these lovely ladies present! Just being linked to these kinds of celebrities professionally added to Hefner’s playboy guru status. Of course, he also threw many lavish parties at the mansion, inviting the Hollywood elite of both sexes, and socialized with many stars over the years, including old Hollywood royalty like Mae West (pictured below).

Hefner was married three times before his death and in between those marriages, he was known internationally as a ladies’ man. The living embodiment of the Playboy lifestyle, he was always surrounded by beautiful women and was known for having multiple girlfriends living at the Playboy mansion at the same time. The envy of most heterosexual men. He was a symbol of sophistication, and looking back at any of Hugh Hefner’s younger pictures, you would see him surrounded by bunnies, up until the time of his death. Of course, no one can forget the iconic image of him wearing a silk robe and sporting a cigar. But he had another side to him; he was also an advocate for same-sex marriage and was a philanthropist.

Hefner was known for living his life to the fullest…and also for his uncensored quotes, which began in his early years.

“How could I possibly know [how many women he slept with]? Over a thousand, I’m sure. There were chunks of my life when I was married, and when I was married I never cheated. But I made up for it when I wasn’t married. You have to keep your hand in.” — Esquire, 2013

“Life is too short to be living somebody else’s dream.”