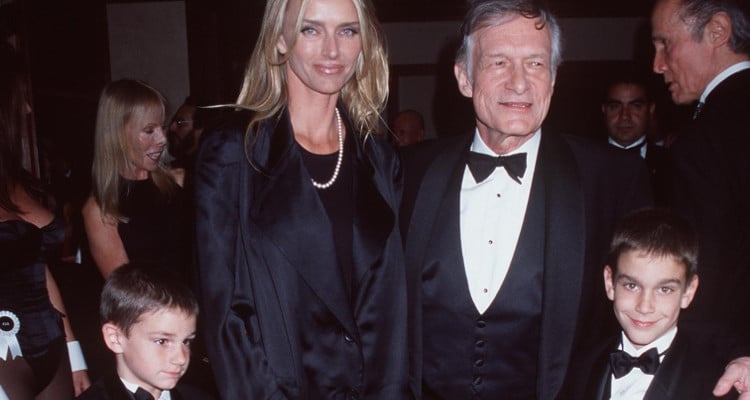 Hugh Hefner died peacefully in the Playboy Mansion and was surrounded by his loved ones. He was 91 when he passed away of natural causes, and left the world saddened by his departure. Hefner is survived by his wife, Crystal, and his four children: Christie, David, Marston, and Cooper. Find out everything about Hugh Hefner’s son, Marston Hefner right here!

Marston Hefner is Hugh Hefner’s third child and oldest son from his second marriage. Unlike some of his other siblings, he always chose to stay away from Playboy Enterprises. Read on to know everything from Marston Hefner’s wiki.

#1. He Was the First Born to Kimberley Conrad and Hugh Hefner

Kimberley Conrad was the Playmate of the Year in 1989. She married Hugh Hefner that same year.

Marston Hefner was born in 1990, making his age 27. The third of Hugh Hefner’s children, he was born a year before his brother, Cooper Hefner.

#2. Marston Hefner Did Not Want Playboy

According to GQ, “For a kid who spent the first eight years of his life in the Playboy Mansion, the mythical home of American male sexuality, Marston seems to keep this place at arm’s length, as though he is from this world but not of it. He seems to have no interest in, say, scoping chicks with Bill Maher at the Midsummer Night’s Dream party.”

Marston Hefner lived with his mother and brother in a more modest home after his parents split in 1998. Though separated, the couple did not file for divorce until 11 years later, and it was finalized in 2010. At the time, Hugh Hefner claimed that his wife was unfaithful to him.

Marston and Cooper Hefner would frequently go back and forth between their parents’ homes, as they lived with their mother next door to the Playboy Mansion.

In 2012, Marston Hefner was arrested for attacking his Playmate girlfriend after she filed for action. Claire Sinclair reported that Hefner punched and kicked her. Images of Sinclair with bruises on her arm floated around the Internet, and he was taken into custody.

Hefner pleaded “no contest” and was later let go on a $20,000 bail. He was sentenced to a 52-week domestic violence programme.

Sinclair was a Playboy pinup and Playmate of the Year in 2011. She said that she wouldn’t press charges if he apologized publicly and underwent a psychiatric treatment. He was also ordered to stay away from Sinclair for three years.

Marston Hefner has been a leader of the Human Rights Student Task Force and has a robust opinion on Darfur. GQ said that he wasn’t into wearing silk robes or attending his dad’s parties, but wanted to make a difference in society.

Although he grew up with a more liberal view about sex, he had similar interests to the kids at school. He felt that he had a pretty normal childhood overall, and would play backgammon and rap with his dad in their library.