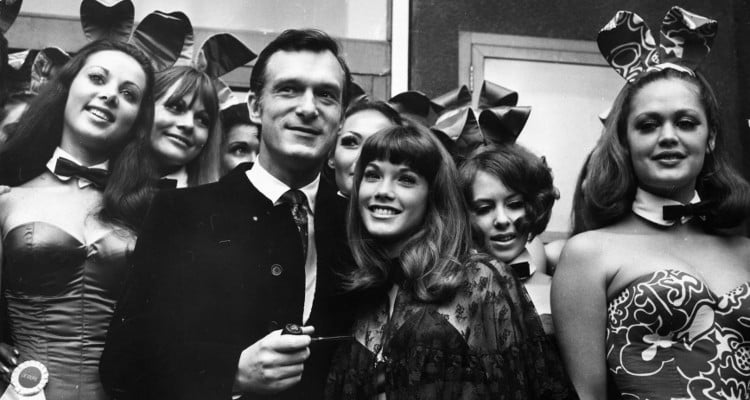 The sex mogul Hugh Hefner died on September 27 in the Playboy Mansion. He was known for “normalizing sex,” and now the world is mourning the death of this extravagant millionaire. He is survived by his wife Crystal and his children. If you are wondering how many kids did Hugh Hefner have, then keep reading to know everything about them.

Hugh Hefner was often photographed in a silk robe holding a pipe with a whole lot of Playboy bunnies! Sadly, the world has lost a man who was a pioneer in his line of work, and now Playboy Enterprises will be taken care of by Hugh Hefner’s children. Read on to know everything about Hugh Hefner’s kids and where they are now

Heffner and Williams met at Northwestern University. The couple got married in 1949 when they were both 23 years-old.

But before the wedding, Hefner had to leave for war with the army. And during the time, Williams had an affair with another man. She confessed this to Hugh Hefner, and he was devastated. So, out of guilt, she allowed him to sleep with other women.

During their 10-year marriage, they had two children together—Christie and David Hefner.

Christie Hefner was born in 1952 and grew up with her mother and stepfather in Wilmette, Illinois. She worked as a freelance writer for the Boston Phoenix and left the job after a year to join Playboy. She became the vice president of the company after four years, and shortly after that, she was the CEO of one of the most popular magazines in the world!

Christie Hefner stepped down as CEO in 2009. She is now the Chairman of the Board of HATCHBEAUTY.

David Hefner was born in 1955 and he, too, along with his sister and mother moved in with their stepfather. Unlike his sister, he never wanted to be a part of Playboy Enterprises. And, he wasn’t in the limelight either.

Hefner is reported to be married with two children and works as a computer analyst at his own company. Apparently, he and his family rarely visited the Playboy Mansion.

Hugh Hefner separated from his first wife in 1959. And although he was single for a very long time, Hefner chose to get married again.

Kimberley Conrad was the Playmate of the Year 1989. The couple got married the same year.

In 1990, their first son Marston Hefner born. And the next year, they welcomed another boy named Cooper Hefner.

Marston Hefner’s childhood was spent divided between his mother and father’s homes because Kimberley Conrad had also cheated on Hugh Hefner, or so he claimed. And as a kid, Marston Hefner wasn’t really into women or sex, but he was surrounded by it 24/7.

Hefner got into trouble after he grew up. He was dating Playmate of the Year 2011, Claire Sinclair, and was arrested for attacking her. He was sentenced to a 52-week domestic violence programme and was let go on a $20,000 bail.

Cooper Hefner followed in his father’s footsteps. And just like his older brother, he too divided his time between his mother’s home and the Playboy Mansion, which were right next to each other.

The younger Hefner brother joined Playboy Enterprises when he was 21 years-old, and wanted to change how the magazine was marketed. But he was soon shot down by his dad and didn’t have the freedom to operate it as he wanted to.

Later on, Cooper Hefner became the Chief Creative Officer for the magazine. He is engaged to actress Scarlett Byrne.

A day of Jazz #PlayboyJazzFest

Hugh Hefner is survived by his current wife Crystal Harris, who was a model for Playboy magazine. The couple tied the knot in 2012 when Harris was 26 years-old and Hefner 86. They did not have any children during their marriage, so that makes a total of four children for Hugh Hefner.