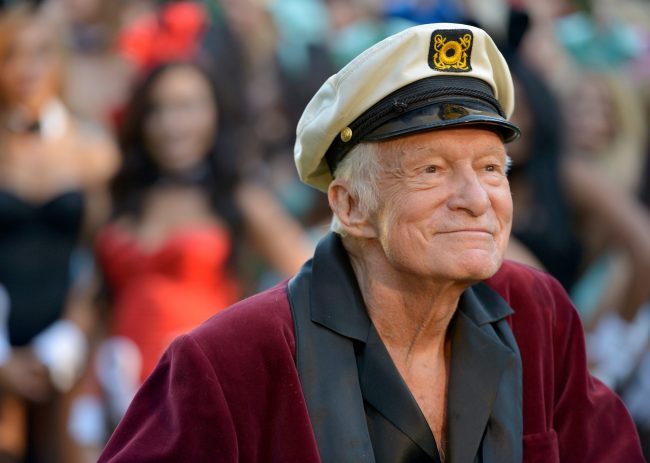 When Playboy‘s Hugh Hefner dies, you can’t help but feel like it’s the end of an era. He was born Hugh Marston Hefner in Chicago, Illinois on April 9, 1926, to two Methodist teachers. Before his Playboy empire was created, Hefner served in the U.S. Army as a writer during World War II and graduated from the University of Illinois, where he studied psychology. His first real taste of the publishing world was as a copywriter for Esquire. He later launched his famous Playboy magazine in 1953, producing in his kitchen at first.

On September 27, 2017, Hefner died of natural causes at the Playboy Mansion in Beverly Hills, Los Angeles at 91 years old. He was married three times in his life and is survived by his children.

Cooper Hefner on His Father’s Death

Hugh’s youngest child, Cooper, is 26 years old. He released a statement after learning of his father’s passing:

“My father lived an exceptional and impactful life as a media and cultural pioneer and a leading voice behind some of the most significant social and cultural movements of our time in advocating free speech, civil rights and sexual freedom.” He continued, “He defined a lifestyle and ethos that lie at the heart of the Playboy brand, one of the most recognizable and enduring in history.”

In my wildest dreams, I could not have imagined a sweeter life.

It’s too soon for any plans for Hugh Hefner’s funeral to be announced, but we’ll update you as soon as that information is available. We’re sure it will be quite the celebrity-packed event, whether it’s a memorial or a more traditional funeral.

Where will the late millionaire be buried? As per his wishes, Hefner will be buried right next to his first Playboy cover girl, actress Marilyn Monroe. Back in 1992, Hefner bought a burial plot right next to Monroe for $75,000 in Westwood Village Memorial Park in Los Angeles.

Back in 2000, Hefner went into detail about his burial plans, which involved the late actress and sexual icon.

“Jay Leno suggested that if I was going to spend that kind of money, I should actually be on top of her,” Hefner joked, according to the New York Daily News. “But to me, there’s something rather poetic in the fact that we’ll be buried in the same place. And that cemetery also has other meanings and connections for me. Friends like Buddy Rich and Mel Torme are buried there. So is Dorothy Stratten.”

“She is without question the definitive sex icon of our time,” Hefner said of Monroe. “There’s something unique when an iconic legendary figure is more famous 50 years after her death than at the height of her career.”

While he was known for his womanizing, lavish parties, and liberated views on sex, Hefner was also an advocate for same-sex marriage and believed in equality. He left behind a legacy of that will be cherished and honored by his family and friends.

It's that time of year again ✨ #midsummernightsdream