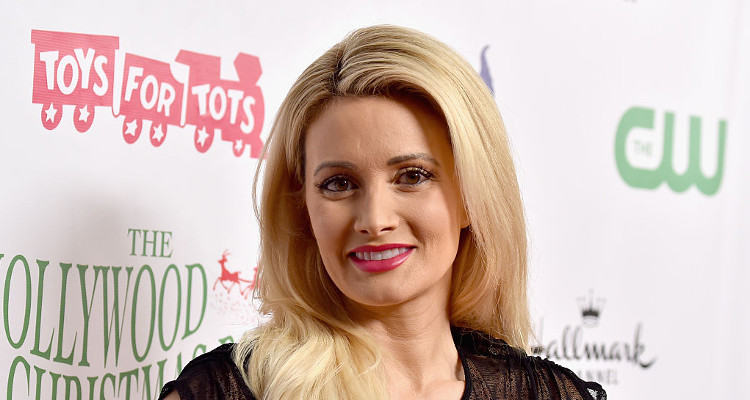 Holly Madison was a regular at the Playboy Mansion by the time she was 21 years old. After  dating Hugh Hefner, she struck out on her own by moving to Las Vegas and starting her own business. Today, she is a model, author, and a businesswoman who knows how to make big bucks. With a healthy net worth of $6.0 million, her hard work really paid off!

Though some people may see Holly Madison as just another one of Hugh Hefner’s ex-girlfriends, nothing could be further from the truth. The fact is that she is an accomplished person who has several achievements to her name. Madison is a best-selling author, model, showgirl, and television personality who starred in several hit TV shows like The Girls Next Door and her own  spin-off, Holly’s World. She is an educated and ambitious woman who made tough decisions throughout her life and strove to achieve her dreams. Here are a few details from Holly Madison’s wiki.

Born on December 23, 1979, in Astoria, Oregon, Holly Madison’s age is 37. She attended Portland State University for two years where she studied theater and psychology before moving to Los Angeles to study at Loyola Marymount University. Times were tough, and with very little money in her pocket, Madison had to work to pay her college tuition. She was a waitress at Hooters and competed to become a Hawaiian Tropic model. She soon received invitations to the Playboy Mansion before finally being asked to move in. This was the beginning Holly Madison and Hugh Hefner’s relationship, which was featured on the hit show, The Girls Next Door which ran from 2003 to 2009. Despite her split from Hefner, Madison was contractually obligated to appear on the show’s sixth season. Once it ended, she quit working for Playboy because it made her position a bit “awkward.”

Striking out on Her Own

Does a ?colored suit make me ready for fall? Y or N?

She later starred in a burlesque show called Peepshow at Planet Hollywood in Las Vegas, where she starred as both Bo Peep and Goldilocks for nearly four years. At the same time, she also starred in her own reality show Holly’s World which detailed her life at Planet Hollywood in Las Vegas. Not content with where she was, Madison decided to enter the tough world of business by opening her own speakeasy-themed club, 1923 Bourbon and Burlesque, at the Mandalay Bay hotel in Las Vegas in May 2014.

Saying it as it Is

Madison turned her talents to becoming an author as well. She released her memoir, Down the Rabbit Hole: Curious Adventures and Cautionary Tales of a Former Playboy Bunny in 2015 which chronicles her life in the Playboy Mansion. In May 2016, she released another book, The Vegas Diaries: Romance, Rolling the Dice and the Road to Reinvention which detailed her life after the Playboy Mansion, and how she accepted who she was in the glamorous town of Las Vegas. Both of Holly Madison’s books were featured in The New York Times bestsellers list and sold in big numbers. Thanks to her shows and book sales, Holly Madison’s net worth is a cool $6.0 million and growing.

Given Holly Madison’s Playboy past, her fans are constantly searching for her pictures on the Internet. They can head over to Holly Madison’s Instagram account to see pictures of her looking gorgeous. She also has pictures having fun with her family and friends.