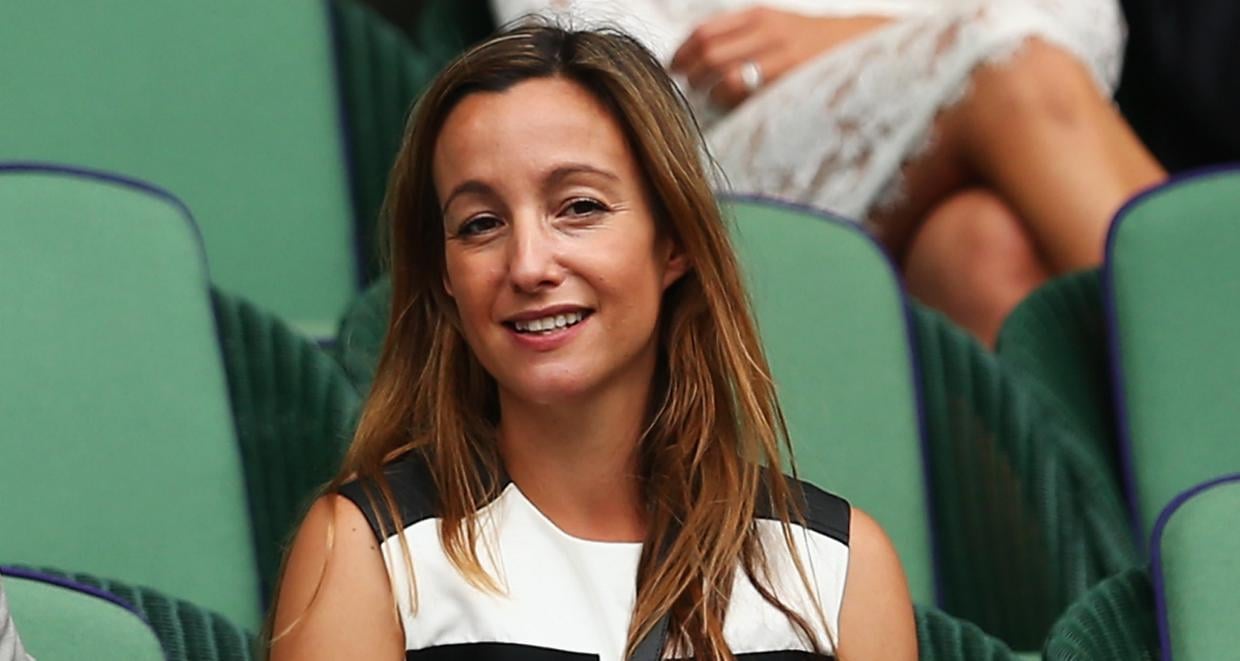 Anna Eberstein is in the news because of reports that she finally got married to British actor, Hugh Grant! After being his girlfriend for years and the mother of their three children, fans are happy to see the two finally tie the knot on May 27, 2018! She is a businesswoman who runs her own company called Ace&Me, and has experience as a promotions producer for marketing and sales at ESPN. She loves to play tennis in her spare time and is very protective of her children.

Anna Eberstein is a television producer and entrepreneur and is a very private person who likes to stay away from the limelight as much as possible. However, her anonymity was the first casualty of her relationship with the Peter Pan of British cinema, actor Hugh Grant.

Ever since the two hooked up about seven years ago, the paparazzi has been trailing them. They have been on the hunt, hoping to get more information about their relationship, and more specifically about Eberstein herself.

The good news is that eternal bachelor boy Hugh Grant has finally married his long-time girlfriend, who is also the mother of their three children!

The couple has not commented on their impending marriage. But people found out about it, thanks to their wedding banns, which have been displayed in the register’s office as per the law of the land in the U.K.

Aside from her job as a producer, Eberstein is the director of a children’s sock company known as Ace&Me, which she co-founded in 2014 with her cousin, Pia Tamm Hagnö.

According to its website, the aim of the company is “to bring a more edgy style to the traditional Swedish slipper sock.”

Keep reading to know more about this fascinating woman with details from Anna Eberstein’s wiki.

Born on February 15, 1979, in the Scandinavian country of Sweden, Anna Eberstein is 39 years old.

Her parents are Susanne and Hans Eberstein. She has only one sibling, a brother, named Christian Eberstein.

Eberstein studied English literature and political science at the Oxford Brookes University between 1998 and 1999. Then, she enrolled at Uppsala University to study economics and completed her Master’s degree in 2003.

Ambitious as she is, Eberstein also studied business at Lincoln Memorial University in Tennessee between 2001 and 2002.

Eberstein also developed an avid interest in tennis and regularly played at the Queen’s Club in London. She still plays the sport during her spare time.

After finishing her studies, Eberstein opted to have a career in broadcasting and joined ESPN as an on-air promotions coordinator in 2008. Her job was to organize the monthly workload and create versions of the promos for five ESPN channels in seven languages across EMEA.

From there, she went on to become an assistant producer on ESPN’s shoots.

In September 2013, Eberstein quit ESPN and started working as a freelance creative director and producer.

Then the entrepreneurial bug bit her, and she co-founded an online retail brand named Ace&Me in London, England. She has been working as a director for the Scandinavian slipper sock company since 2014.

Today, Eberstein is most known as actor Hugh Grant’s girlfriend and the mother of his three children.

According to sources, Anna Eberstein and Hugh Grant first met at a party and started dating in the early 2010s. At that point, Grant was having an affair with Tinglan Hong, a receptionist at a Chinese restaurant in London, and later fathered two children with her.

Grant also got serious about his relationship with Eberstein. The couple welcomed their first child together, a son named John Mungo Grant, in September 2012.

They had a baby girl in December 2015 but have refused to divulge her name so far. And now, they are the proud parents of their third child whose name they have not yet revealed.

Then, Eberstein managed to do what no woman has been able to do so far. She got the elusive bachelor boy, Hugh Grant, to make a lifelong commitment to her!

Rumors that Grant was finally getting married started surfacing in early May 2018. The news was confirmed when the couple’s wedding banns was seen at the Kensington and Chelsea Register Office in May 2018.

Currently, the couple lives with their three children in a house worth $13.35 million in Notting Hill, London.

Even though Hugh Grant has a considerable net worth, Anna Eberstein is fiercely financially independent herself.

Her company, Ace&Me, is doing rather well and is currently selling children’s socks to stores in England and Sweden. However, they may start selling in other places as well in the future because Eberstein is ambitious and passionate about her work.

Relationship Out in the Open

Eberstein is known to be an intensely private person who doesn’t like appearing in the media too often. But she doesn’t hide her relationship with Hugh Grant, either.

Her Instagram account is full of pictures of herself and Grant walking, posing for the camera, and attending red carpet events. There is even a photo of the couple with their children, which is a rarity considering how secretive the couple is about them!

Right now, Eberstein is busy making preparations for the biggest upcoming event in her life—her wedding to Hugh Grant! Knowing how meticulous she is, there is no doubt that their marriage will be a memorable affair, even if a little private.

Anna Eberstein has finally become Hugh Grant’s wife and begun a new chapter of her life!