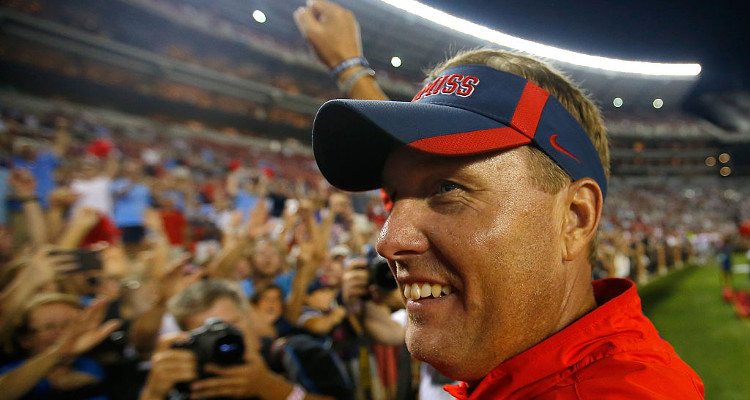 A shocking turn of events has hit the University of Mississippi. Celebrated football coach Hugh Freeze has resigned amid allegations of calling an escort service.

Ole Miss football coach Hugh Freeze was well known for coaching Michael Oher, whose story inspired the film, The Blind Side. But his achievements have been overshadowed in the wake of a personal scandal. Freeze has resigned from his coaching duties after an official investigation by the university revealed a pattern of personal misconduct. Find out all about it right here in Hugh Freeze’s wiki.

Hugh Freeze, a Mississippi native, graduated from the University of Southern Mississippi in 1992 with a Bachelor of Science degree in mathematics. But, he created a successful career as a football coach with his minor in coaching and sports administration.

He joined Briarcrest Christian School in Memphis, Tennessee. If that name rings a bell, it was Michael Oher’s school in the movie, The Blind Side.

After being promoted to head coach, he led the school to the state championship twice and the regional championship several times. He later followed Oher and Greg Hardy, his other football star, to the University of Mississippi. Ole Miss appointed him as an assistant athletic director for external affairs.

As a member of the National Association of Inter-Collegiate Athletics, Freeze was named head coach of Lambuth University. He had a brief stint on the coaching staff at Arkansas State before he returned to Ole Miss as the new head coach for the Rebels.

He signed a four-year contract with a salary of $1.5 million and incentives up to $2.5 million. He has a net worth of $12.0 million from his gridiron achievements.

The 47-year-old married his girlfriend Jill Freeze in 1992. She has an athletic background and organizes events for the wives of the football staff. When Freeze lost the coaching position in Ole Miss and was between jobs, Jill returned to work as a math teacher.

The couple has three teenage daughters—Ragan, Jordan, and Madison. The girls went from school to school because their father was constantly changing jobs. When he was appointed at Arkansas State, the family didn’t have a residence yet, and they couldn’t enroll the girls in school until they had a legitimate address. After much struggle, a school admitted the girls, but they would be classified as “homeless” until they found a home.

The Freeze family has seen better times since his return to Ole Miss. They now run the Freeze Foundation together to help underprivileged children.

After five years as the head coach of the Mississippi Rebels, Freeze resigned from his position on Thursday (July 20). Freeze had earlier expressed his wish to retire as Ole Miss’ coach, but that was not meant to be. Athletic director Ross Bjork said he resigned after an official investigation found that Freeze engaged in “a pattern of personal misconduct inconsistent with the standard of expectations for the leader of our football team.”

The personal misconduct refers to alleged calls to an escort service from a school-issued phone. Hugh Freeze’s resignation comes at a time when the Rebels were being investigated by the NCAA on charges of academic, booster, and recruiting misconduct, even before his tenure. The Rebels, who had been on the radar for violations in the past, caught the eye of the NCAA for its high-level recruits.

Freeze was especially credited with working on the strong offense of the Rebels, but it’s not known if the coach had anything to do with the violations by Ole Miss. Nevertheless, Ole Miss chancellor Jeffrey Vitter said his resignation is based on the personal misconduct and not the NCAA investigation.