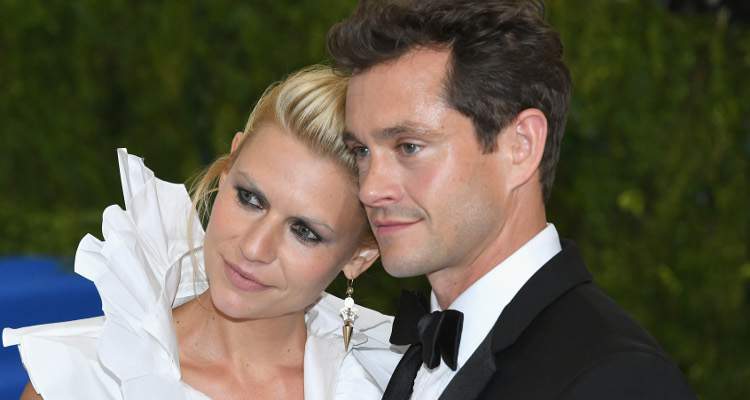 After spending the holidays together, it’s back to the grind for Claire Danes and her husband, Hugh Dancy. While Danes is saving the country on Homeland, her handsome hubby, Dancy has his hands full with expanding a fictitious religion on The Path.

These days, Danes plays Carrie Mathison on Homeland. And Dancy put his cannibalism days on Hannibal behind him to raise a religious sect in The Path.

Their love story is unlike the characters they play in the movies. But this is the most star-crossed couple in Hollywood.

Get the lowdown on Clair Danes’ husband with details from Hugh Dancy’s wiki.

Hugh Dancy, 42, was born Hugh Michael Horace Dancy on June 9, 1975, in Stoke-on-Trent, England. His father, Jonathan Dancy, is a professor of philosophy and his mother, Sarah Dancy, is an academic publisher. He has a younger brother and sister who aren’t associated with the acting industry.

When he was a child, a self-described rebellious Dancy was shipped off to boarding school for his formative years. In an attempt to end his rebellious streak, one of his teachers made him take up theater. And he found himself drawn to it thanks to his teacher.

Dancy graduated from Oxford University with a degree in English literature and later pursued a career in acting. Until he made it, he worked at a bar to pay the bills.

After graduation, Dancy moved to London. There, he had a chance meeting with casting director Ros Hubbard and agent Dallas Smith, who signed him. He went on to appear on the British dramedy, Cold Feet, and in the BBC drama, Daniel Deronda.

American viewers first saw Dancy on screen in 2000. He starred in the Hallmark miniseries, David Copperfield, opposite Sally Field. His first American film role was in Black Hawk Down in 2001.

The actor’s breakout role came on Ella Enchanted where he played Prince Char, opposite Anne Hathaway. More movies like King Arthur and Confessions of a Shopaholic followed.

However, Dancy is most memorable for playing Will Graham on Hannibal. These days, he stars in Hulu’s The Path.

Dancy also put his good looks to use by modeling for Burberry Brit for Men in 2004.

How Did Hugh Dancy and Claire Danes Meet?

Dancy and Danes shared screen space in 2009’s Evening. At that point, he was in a bit of a slump since the critically panned Basic Instinct 2. But starring roles in Elizabeth I and Evening revived his career.

Evening didn’t just work for his career, but for his love life, too. The couple hit it off and began dating.

According to their co-star, Mamie Gummer, they bonded over Boggle and Scrabble on the movie set. And they secretly married in France in 2009, which fits this low-key couple perfectly.

If you’re wondering about Claire Danes and Hugh Dancy’s kids, they have a five-year-old son named Cyrus Michael Christopher Dancy.

Hugh Dancy’s The Path season 3 is streaming on Hulu. And Clair Danes returns with Homeland season 7 on February 11, 2018, on Showtime.