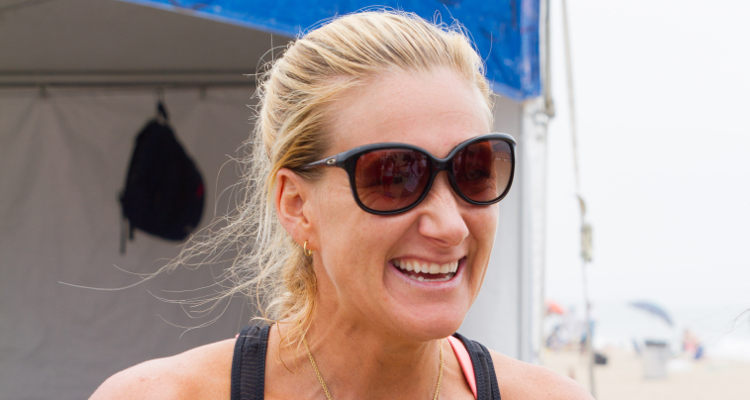 Kerri Walsh Jennings’ dream run at the Olympics came to an end when the US lost to hosts Brazil in the women’s beach volleyball Semi-finals at the 2016 Rio Olympics. Everybody was hoping and expecting Jennings to win the gold medal again, making her the first and only beach volleyball player to have won four consecutive gold medals at the Olympics. Jennings had won the gold medal in each of the previous three Olympic games. Some of you must be wondering “How old is Kerri Walsh Jennings?” Another common question about her is “How tall is Kerri Walsh Jennings?” Don’t worry, we will tell you all about her.

Age is just a Number

Kerri Walsh Jennings’ age is 38 years. Even though Jennings is much older than most of her competitors, she is lightening fast on the court. Many an opponent has underestimated Jennings only to lose badly to her. Nobody can match Jennings’ reach in this game. Kerri Walsh Jennings’ height is 6’2” and when she jumps up to smash the ball into the opponent’s court she is a sight to see. Most opponents get intimidated by her physique and Jennings is ruthless on court.

What most people don’t know is that Jennings had a injury scare before coming to the Rio Olympics. Last year she underwent surgery for a torn labrum and capsule that kept her out of play for several months. It was only in January 2016 that Jennings was able to resume her career. Jennings is philosophical about it, saying that injuries have always been part of her career and she knew how to deal with it. However this time the odds were against her. She was missing her regular partner Misty-May Treanor who was her partner in the previous three Olympics. On top of it she had to play against the top ranked Brazilian team in front of a partisan crowd.

Despite losing to Brazil, Jennings may get one more medal in this Olympics. She along with partner April Ross will be playing for the bronze medal today. They will be facing another Brazilian team in the match for the 3rd place. Again the crowd will be supporting her opponents but Jennings is a true champion. She has already cemented her place as one of the best beach volleyball player ever. What everybody is waiting for is for Jennings to win the bronze. It would be an appropriate last hurrah for her.

If you want to read more about Kerri Walsh Jennings, just click below: