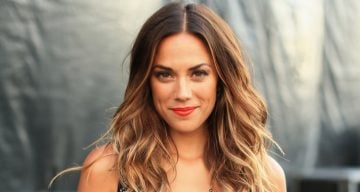 How many times has Jana Kramer been married? After People broke the news about Jana Kramer and husband Mike Caussin’s rehab entrance, many are starting to wonder if this is another “Jana Kramer split” story, which is usually how the Jana Kramer marriages end.

One Tree Hill alum and country star Kramer, 32, has separated from her husband, former Washington Redskins tight end, Mike Caussin, 29. They are taking a break as Caussin enters a rehabilitation center for undisclosed reasons.

But are they splitting up? By the looks of it, they’re separating but not divorcing—just simply taking a break while Caussin recovers. So far they are still married, but for Kramer, separation always led to one thing: divorce court.

So, just how many times has Kramer been married? The actress and singer has been married three times, so far. In her case, the saying is: Always a bride, never a wife. (She and Kim Kardashian-West should start a club).

When Kramer was 21 she married actor Michael Gambino in Las Vegas, Nevada in 2009 but divorced several months later.

In 2009, Kramer was engaged to actor Johnathon Schaech, who was previously married to Christina Applegate. They met on the set of the movie Prom Night and were married on July 4, 2010 in Glen Arbor, Michigan— Kramer’s home state. They divorced in 2011, partly due to Schaech being 14 years older than Kramer.

Kramer and Caussin met on Twitter (where he was publicly shamed for cheating on Kramer before she forgave him) and were married just after four months of dating, in Charlottesville, Virginia in 2015. Caussin retired from football in 2015, after a knee injury, hip issues, and a torn ACL. They have a 7-month-old daughter together named Jolie.

According to People, Kramer is making Jolie her main priority and is currently on tour, promoting her latest album, Thirty One. They say with great heartbreak comes great music, so maybe focusing on her tour is the best thing for her right now!