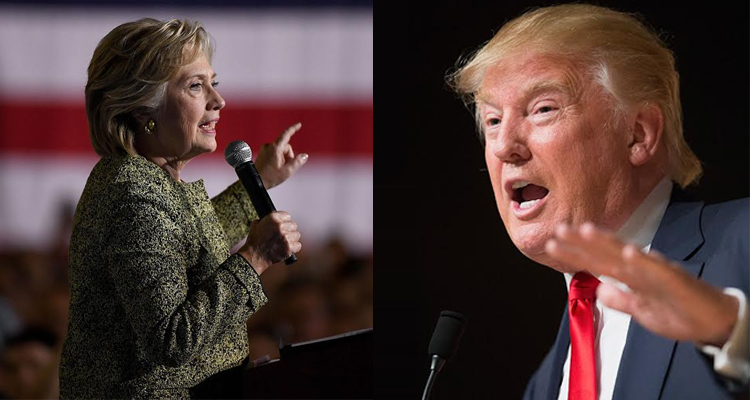 The third and final presidential debate between Donald Trump and Hillary Clinton promises to be fiery and interesting. It’s their last chance to battle it out with each other live on TV. The debate format will be the same as it was in the first debate. The moderator will keep the debate on track. The duration of the third debate is 90 minutes, which will be divided into six segments of 15 minutes each.

It’s all going down tonight! It’s the third and final debate between presidential candidates, Hillary Clinton and Donald Trump, and Americans simply cannot wait for this one last showdown. It will be the last time that Donald Trump and Hillary Clinton will be going head-to-head against each other in person in this presidential contest. After all the media scrutiny lately surrounding both opponents, it will be interesting to see what’s left in their arsenals for tonight to attack each other with. Both will have this final chance to make a case for themselves to become the President of the United States. Many are asking, “How long is the third presidential debate?” Don’t worry, we will answer all your questions right here.

According to the latest polls, Clinton is slightly ahead of Trump. This development is likely because a large number of women voters have taken a stand against Trump, following his derogatory comments about women (which unfortunately for him, were caught on tape). Almost a dozen women have come forward and accused Trump of aggressive sexual assault. This issue is dominating the airwaves all over America, and it certainly might come up again during the third presidential debate tonight. The two fired back and forth during the last debate, regarding both of their publicized scandals.

When Is the Presidential Debate?

The third and final presidential debate is at 9:00 pm EST, on Wednesday, October 19, 2016. The venue is the University of Nevada in Las Vegas. The moderator for the debate will be Chris Wallace, anchor of Fox News Sunday. The duration of the debate will be 90 minutes, split up into six segments of 15 minutes each. The debate will start at 9:00 p.m. and it will end at 10:30 pm. The topics for this debate have already been announced earlier, so that the candidates have time to prepare.

Format of the Debate

Just like the first presidential debate earlier this month, this final debate will be 90 minutes long, split into six segments of 15 minutes each. The moderator will begin each session with a question and each candidate will get two minutes to respond to it. After that, the candidates can respond to each other. The moderator can come in anytime to keep the debate going forward and to delve deeper into the topic, even though the last moderators have had to act more like referees than anything else! Tonight’s face-off between the two should be just as exciting!

This important debate will be telecast live on C-SPAN, ABC, CBS, FOX, and NBC. All cable news channels, including CNN, Fox News, Fox Business Network, and MSNBC will also broadcast it live. You can watch the live streaming on YouTube and Twitter, as well.

The World Is Watching

Tonight is the last time that viewers will get a chance to see Trump and Clinton battle it out to secure the votes of the people. This debate is also being watched overseas with great interest as well, because the person elected as the next president of the United States will have an affect on other countries, too. Tonight both Trump and Clinton will present their case as to who is the better candidate to become the president of the United States. Make sure that you watch the debate tonight, and remember, your vote counts!