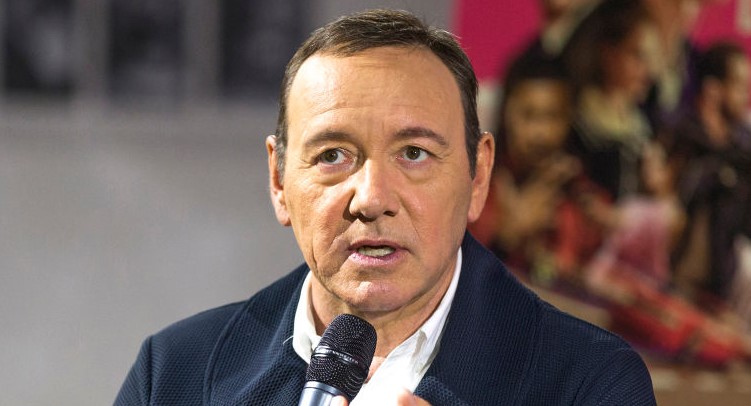 Why was House of Cards canceled? In light of the recent Kevin Spacey scandal, it wasn’t too long before the network came for his show. Now, fans are wondering why the hit Netflix show is getting the ax. Keep reading for full details on why House of Cards was canceled and what’s next for Kevin Spacey!

This year has witnessed an alarming amount of sexual assault complaints, and most of them were about movie mogul, Harvey Weinstein. Stars like Ben Affleck and Casey Affleck had their share of scandals, and now it’s Kevin Spacey’s turn.

The 58-year-old House of Cards star was accused of making a “sexual advance” 30 years ago toward Rent actor, Anthony Rapp, who is now 46. Rapp explained that Spacey was roughly 26 at the time (Rapp was 14) when he allegedly made a move toward him at a party, according to media reports.

“He was trying to seduce me,” Rapp told Buzzfeed News. “I don’t know if I would have used that language. But I was aware that he was trying to get with me sexually.”

Spacey responded to the allegation by saying, “I’m beyond horrified to hear his story. I honestly do not remember the encounter as it would have been over 30 years ago. But if I did behave then as he describes, I owe him the sincerest apology for what would have been deeply inappropriate drunken behavior and I am sorry for the feelings he describes having carried with him all these years.”

The Oscar Award-winning actor continued, “This story has encouraged me to address other things about my life. I know that there are stories out there about me and that some have been fueled by the fact that I have been so protective of my privacy. As those closest to me know, in my life I have had relationships with both men and women. I have loved and had romantic encounters with men throughout my life, and I choose now to live as a gay man. I want to deal with this honestly and openly and that starts with examining my own behavior.”

While coming out is normally a courageous time that gets welcomed with applause, that wasn’t the case for Spacey. Many in the LGBT community tweeted that he was trying to deflect the allegations by strategically coming out.

GLAAD and prominent LGBT members such as Wanda Sykes, George Takei, Zachary Quinto, and Billy Eichner criticized Spacey for his statement, along with Rose McGowan, who has been vocal against sexual predators.

It was literally like yesterday when Spacey was one of Hollywood’s most respected actors, but after the recent allegations, his reputation has already been tainted. Many have found it hard to see a difference between him and Weinstein, and now House of Cards is wrapping up after its sixth season.

In a joint statement from Netflix and House of Cards producer Media Rights Capital, they “are deeply troubled by last night’s news concerning Kevin Spacey. In response to last night’s revelations, executives from both of our companies arrived in Baltimore this afternoon to meet with our cast and crew to ensure that they continue to feel safe and supported. As previously scheduled, Kevin Spacey is not working on set at this time.”

While some debate whether the recent scandal forced the show’s end, the fact is, the ratings weren’t doing so well as previous seasons. The show played a huge part in launching Netflix’s profile in 2013 and opened the door for other shows, making the word “canceled” a thing of the past.

With House of Cards ending, it will be interesting to see how the ratings will be in the upcoming final season, and if the show stays true to the British book’s ending.

Spoiler alert: Frank’s character gets assassinated by his wife! But the silver lining is that there’s reportedly a spin-off in the works!

While Casey Affleck was able to get an Oscar, despite being accused of sexual assault, the same won’t be said for Spacey. Given the scandal, the Oscar winner will no longer be receiving the International Emmy Award, which would’ve celebrated his many talents.