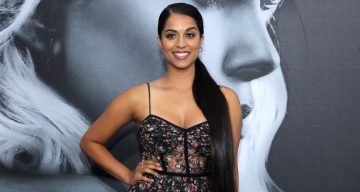 The future is female! We’ve read all the t-shirts and seen all the posters and whether you like it or not, women can do it just as well as men. “It” being the entertainment industry in this case and these top three women are on fire! Social media has taken over and it has already changed the way we get information or our next addiction. You may have seen them on TV, movies or ads online, but they got their humble start on good old-fashioned YouTube.

Who knew what you could do with a camera and a few ideas? We also never thought that YouTube would become the power house that it is today, but here we are. It seems that many are trying to get rich and famous by way of this online video sharing giant, but the truth is that it’s not for everyone. However, there are those who are uniquely qualified to find their place in the entertainment industry and in today’s society, it’s nearly impossible to get noticed. It’s a tough crowd and the tent isn’t as big as you think, which means you need to make room! These young women are setting trends in the entertainment industry, so don’t be surprised if you start seeing them more often. With personalities like theirs, it would be a shame to keep them private, which is why their millions of subscribers are glad they didn’t. They’ve inspired, entertained, educated, and enlightened their viewers and we can’t believe how easy they make it look! You can check out our full list of the ladies taking over YouTube here, but right now we’re putting a focus on the top three contenders. Lilly Singh earned the necklace this week, with Liza Koshy and Jenna Marbles following close behind. Learn more about our top three below!

Lilly Singh has been in the business for a few years now and the Toronto native (currently living in Los Angeles) is showing the world just what Canadians are made of, one video at a time. Now that she’s part of the young millionaire’s club, she’s able to use her influence in ways that may not have been thought of before. She’s been on TV, made cameos in movies, and she’s also an author. She first started making videos to help with her depression and she was trying to figure out what to do with her psychology degree. Luckily for her fans, she decided to try her hand at something different and her empire has only grown since then. How many YouTubers get to say that they sat with Michelle Obama? Right?

Liza Koshy has been making a name for herself and she’s always looking to do more. She’s not just a pretty face, either! She has a sense of humor that many would dream of having and her impersonations of her famous characters are always good for some side splitting laughter. She’s also got the love of one of YouTube’s other most adored stars, David Dobrik and these two have been giving people relationship goals for years. Thanks to her many skits, Liza has been able to experience a lot more than your average person and now she has a new project to help give back. ‘The Giving Key’ is a company that makes keys with words of inspiration. Once the wearer feels they have lived up to that word, they pass it on to someone else in need of it.

“The Giving Key is an incredible company that has this amazing message behind it, that gives back to the community and provides jobs, education, and healthcare to the homeless people,” Liza told Bustle. “It’s a message that is bigger than the beautiful little product that you see and wear.”

Jenna Marbles may sometimes act like she’s from another world, and fans love her for it. It’s definitely part of her charm and it’s worked for her ever since. If you’re into hilariously (and painfully) truthful videos or vlogs about why girls do the things they do, you will want to check out her channel for some serious laughs. But she’s not just all laughs; there’s brains behind this beauty! She studied psychology and eventually tried the grown-up thing, working a series of 9-5 jobs. But that wasn’t for her and luckily, she followed what did; making people laugh. If it weren’t for her making random YouTube videos, the world wouldn’t get a chance to know her unique and clever personality (or her dogs, who she’s so adorably obsessed with). Many may think that social media stars don’t have actual work to do, but it takes time and hard work to create and edit their content. This young comedian is as colorful as her hair and we only hope she keeps doing exactly what she’s doing!