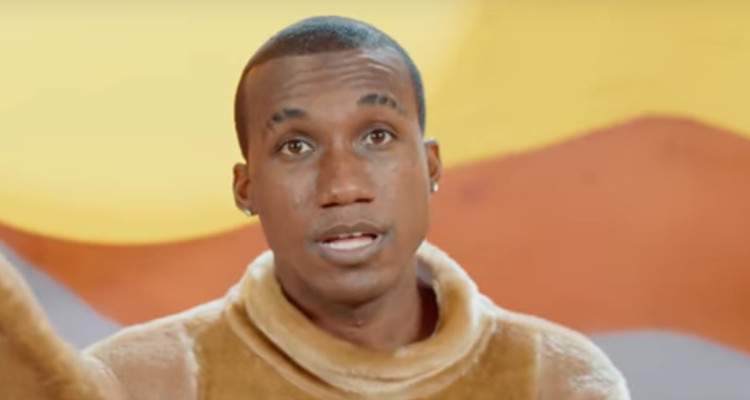 Hopsin is making more accusations against his ex-girlfriend, Alyce Madden. In a recently released music video, “Ill Mind of Hopsin 9,” he raps about how Madden kept him away from his son and ruined their lives. Meanwhile, she is busy pursuing her passion for makeup and trying to be successful. She has not commented on Hopsin’s latest round of complaints. Keep reading to know more about Hopsin’s ex-girlfriend right here.

It’s been almost two years since rapper Hopsin publicly announced in an Instagram post that he was finished with his then-girlfriend Alyce Madden. He openly called her “a gold diggin plastic surgery b***h looking for fame.” Well, it looks like he is still very upset over how their relationship ended.

Hopsin is a rapper, record producer, actor, and director from Los Angeles, California. He released five studio albums so far,  Gazing at the Moonlight, Raw, Knock Madness, Pound Syndrome, and No Shame.

The rapper is in the news for the latest salvo he fired in his long-running feud with his ex, with yet another controversial song, “Ill Mind of Hopsin 9.” Hopsin and Alyce Madden have been fighting over their son, as the rapper claims that she is not allowing him to see their boy.

ILL MIND OF HOPSIN 9 is out!! Link in my bio! To @aussiesbaddest , you've left me with no other option. You've continuously shown extreme resistance when it comes to me trying to meet my son. You had me banned from Australia, yet you're telling everyone that I am not a supportive father KNOWING damn well I can't get in the country. He's been on earth for 10 months and you have refused to bring him to see me or meet me elsewhere. You denied me of even facetiming him. I lost thousands of dollars trying to pay for visas and am so broken. Thank you! Hope you Enjoy my album. I loved you.

In Hopsin’s new video, he attacks his ex for past incidents, keeping him away from his and Alyce Madden’s son, and ruining their lives. The tear-jerker video features lookalikes of their son, Madden, and her parents, as Hopsin expresses his frustrations with his current situation.

Even though Hopsin and Madden have had a troubled relationship for the last two years, things got worse when he was accused of assaulting her in Sydney, Australia. Hopsin was jailed for some time, but was involved in some legal trouble as well.

A Passion for Makeup

Madden has valuable work experience in her field and worked as a makeup artist and beauty consultant at Estée Lauder, Sydney, and as a counter manager for the Australian brand, Natio. She specializes in tattoo and scar concealing, as well as high fashion, catwalk, beach, natural, corporate, film, theater, and wedding looks, along with feature enhancements like eye color and skin tone.

Madden considers herself to be reliable, professional, and hardworking. She believes that makeup is her life’s passion and she will do anything to pursue it and excel in it.