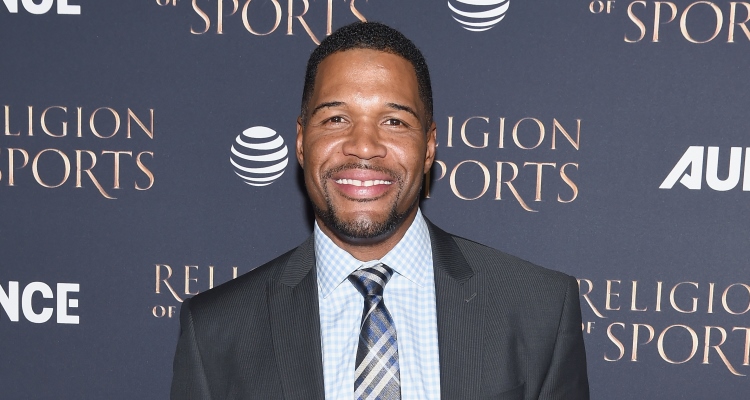 Retired NFL player Michael Strahan has added another feather to his cap—he is an official fashion designer and his new line of suits, “Collection by Michael Strahan,” had its launch party on September 30.

The event was huge with some big names in attendance, and was organized by JCPenney, Strahan’s official partner. One of the first guests to arrive at the party was Alec Baldwin’s wife, Hilaria Thomas Baldwin, who tweeted a photo of herself in a smart black jumpsuit with the caption, “So excited for @michaelstrahan! His new suit collection from @JCPenny is pretty stylish!” She later added a picture of herself with Strahan on her Instagram page, captioning it, “Gotta get my hubby in one of these suits stat!!!”

Broadway actor Taye Diggs was also present in one of the suits from the line. Usher made an appearance too, posing on the red carpet with Strahan, along with former boy band member Joe Jonas, who was roped in to play DJ for the evening. Jonas congratulated the 43-year-old with a tweet, reading, “Congrats to my man @michaelstrahan on the launch of his new suit collection,” with the hashtag, “StrahanAtJCP.”

The retired athlete also got compliments from NBA veteran Nazr Mohammed and photographer Nigel Barker. But the most interesting post came from TV host, Kela Walker, who shared a photograph that showcased the services available at the exclusive event, which apparently included people getting “whiskey drinks, shoe shines & haircuts all in one.” She added, “It’s a man’s dream.” And it sure looked like one!

It’s been a busy go for Strahan, what with him contributing to ABC’s Good Morning America and his new book titled Wake Up Happy, scheduled to release on October 13.