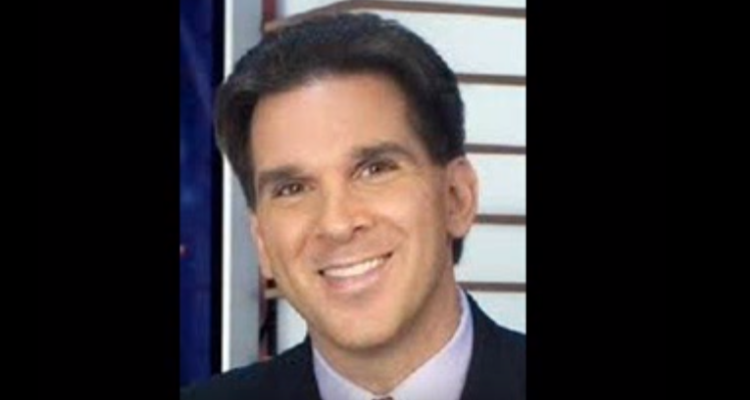 Holly Sonders, U.S. Open host, is one of the most recognized faces in golf. But not much is known about the lucky man in her life, Erik Kuselias. We aim to set this right, right here, so let’s tee off as we bring you everything there is to know about him in our Erik Kuselias wiki!

Erik Kuselias is a radio host, who went on to make it big as a TV host. He grew up in Hamden, Connecticut, where he was quite the impressive all-state baseball player. He was in the same league as Major League Baseball all stars, Mo Vaughn, Jeff Bagwell, and Brad Ausmus,

But his education was not sidelined for the sake of the sport. He attended Brown University, which is where he received his undergraduate degree. He also attended the University of Michigan Law School and was admitted into a Ph.D. program at Columbia University,

And if a PhD is not enough to testify to his smarts, there is always his membership at Mensa International, a society for people with high IQs.

Before joining NBC, Erik was the host of Morning Drive on Golf Channel’s NASCAR Now on ESPN2. He also hosted The Sports Bash on ESPN Radio, and on Sundays during the NFL season, he hosted NFL on ESPN Radio.

He was also heard every Friday in the segment, “Freaking Fantasy” during the NFL football season.

In January 2011, Kuselias began his stint on the Golf Channel. And when CNBC started covering the Stanley Cup playoffs, he was the studio host! Having carved a niche for himself as a spots host of repute, Kuselias left Morning Drive in 2012 and moved on to Golf Channel’s parent company, NBC Sports.

Partnering with Mike Florio, Kuselias is the current co-host of Pro Football Talk on the NBC Sports Network. But being a big fan of radio, his first love, he often dabbles and doubles as a host on NBC Sports Radio. Though not in the same leagues as his superstar wife (see below), he is in the in the fast lane when it comes to hosting duties. So, it’s not surprising that Erik Kuselias’ net worth is 6.5 million! So, the guy is athletic, has brains, money, and hot famous wife! It’s the golf equivalent to a hole in one!

Kuselias has a brother Chris and together they co-hosted a show called The Sports Brothers. Chris left the show to pursue other opportunities in early 2005, and though Kuselias tried to keep the show running, he soon lost interest and left the show in January 2007.

Kuselias is married to Holly Sonders. Erik Kuselias and Holly Sonders are so good at their shows, they can arguably be labelled as ‘first couple’ of Golf Hosting! Make sure you tune in to the U.S. Open this weekend, and keep your eye out for Holly Sonders as she will be this year’s host! (It’s hard to miss her, she’s so strikingly gorgeous!)