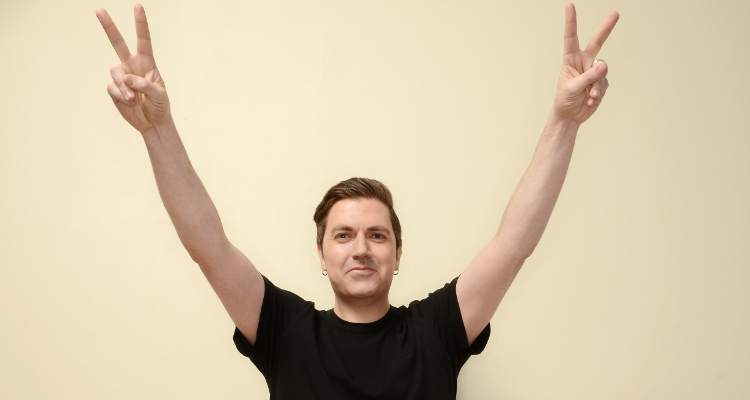 Once upon a time, Playboy founder, Hugh Hefner dated model, Holly Madison. After their relationship ended, Madison found her happy ending with Pasquale Rotella, whose net worth is estimated at $10.0 million. If you want to know more about Holly Madison’s husband, then take a look at our Pasquale Rotella wiki.

Playboy founder Hugh Hefner died on Wednesday at the age of 91 in his home surrounded by his loved ones. Hefner married thrice and dated a lot of women, including model Holly Madison. Just shy of nine years later, the two announced their split. Currently, Madison is married to Pasquale Rotella. If you want to know more about Holly Madison’s husband, then keep reading.

Born on August 8, 1974, in Glendale, California, Pasquale Rotella’s age is 43. He is an EDM festival producer and the CEO of Insomniac Events, which promotes and organizes festivals around the country including the Electric Daisy Carnival, a three-day electronic music festival.

According to the company’s website, Rotella is a businessman, film producer and a philanthropist who “Inspired first and foremost as an attendee of the short-lived Los Angeles underground dance music scene of the early ’90s, Rotella founded Insomniac in 1993. The first events he organized—held at a new warehouse venue each week—hosted a mere 300 people. Driven by the positive vibes and unique environments these gatherings provided for him and his friends, Rotella managed all facets of the operation, from scouting the locations and curating the décor to booking the talent and distributing the flyers. Today, Insomniac festivals, concerts and club nights entertain over 1,000,000 people annually.”

Holly Madison met Pasquale Rotella in 2011, when the two started dating. A year later, Madison announced that the couple were expecting their first child. In an interview, Rotella excitedly said, “Holly and I are so excited to announce that we are going to be parents.” He further added, “We’re in love and counting down the days until we meet our beautiful baby. I can hardly believe how lucky I am.”