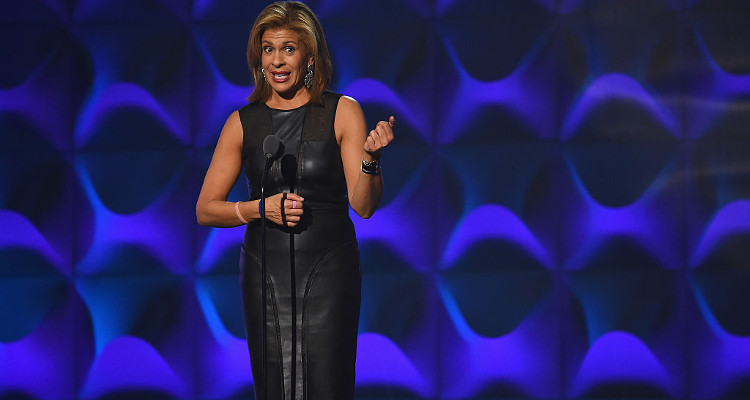 Hoda Kotb’s warm and genuine smile makes bad news bearable, making the Today Show host one of NBC’s most beloved television anchors. Here is everything you need to know about Hoda Kotb’s wiki, including her net worth, age, salary, husband, and her brand new baby daughter, Haley Joy.

Hoda Kotb is a household name thanks to her successful career in television, spanning nearly three decades. The 52-year-old TV host and anchor is the co-host of NBC’s Today Show, along with Kathie Lee Gifford. The Egyptian-American star has shattered the glass ceiling for women in broadcasting and television and has become one of the most recognizable faces in television today. Congratulations are in order for the new mother, after she recently announced that she adopted an adorable baby girl named Haley Joy. Kotb’s NBC costars and colleagues like Carson Daly, Savannah Guthrie, and Dylan Dreyer have flooded her social media accounts, posting sweet messages after the arrival of little Haley. In light of the happy announcement, let’s take a closer look at Hoda Kotb’s wiki and her life achievements so far. Scroll down to find out more about Hoda Kotb’s net worth, salary, age, and husband.

After Hoda Kotb surprised her fans with the exciting news of her adoption, she shared a sweet photo of herself cradling her newborn child as she slept peacefully in Kotb’s arms. The tearful TV host revealed that the bouncing baby girl was born on Valentine’s Day and declared that she was “the love of my life.” Hoda Kotb named her daughter after Halley’s Comet, which also works perfectly with the alliteration Kotb shares with her sister Hala and niece Hannah. The entertainment correspondent is also a part of Dateline NBC and won a Daytime Emmy Award in 2010. 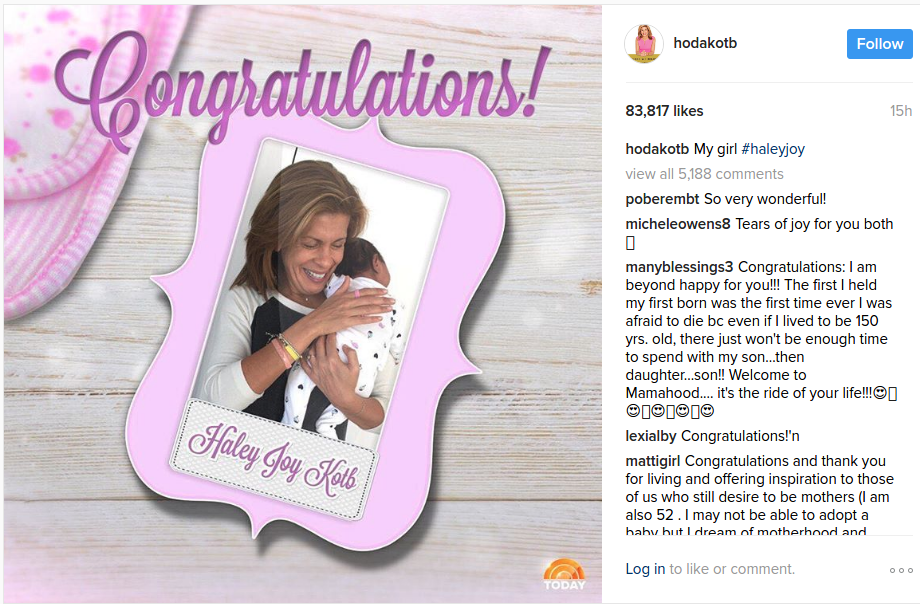 Born in Oklahoma and raised in Virginia, Hoda Kotb’s wiki makes for an interesting read as the TV personality was born to Egyptian immigrant parents: A.K. and Sameha Kotb, who works at the Library of Congress. After living in Egypt and Nigeria for a year, Kotb’s family moved to the United States where her brother, Adel and sister, Hala were also raised. Hoda Kotb stood out among her peers because of her popularity and excellent academic record. After being elected homecoming queen, she also became a Tri Delta sorority girl until graduating from Virginia Tech with a Bachelor of Arts degree in broadcast journalism. Since then, there has been no looking back for the multi-faceted TV show host. 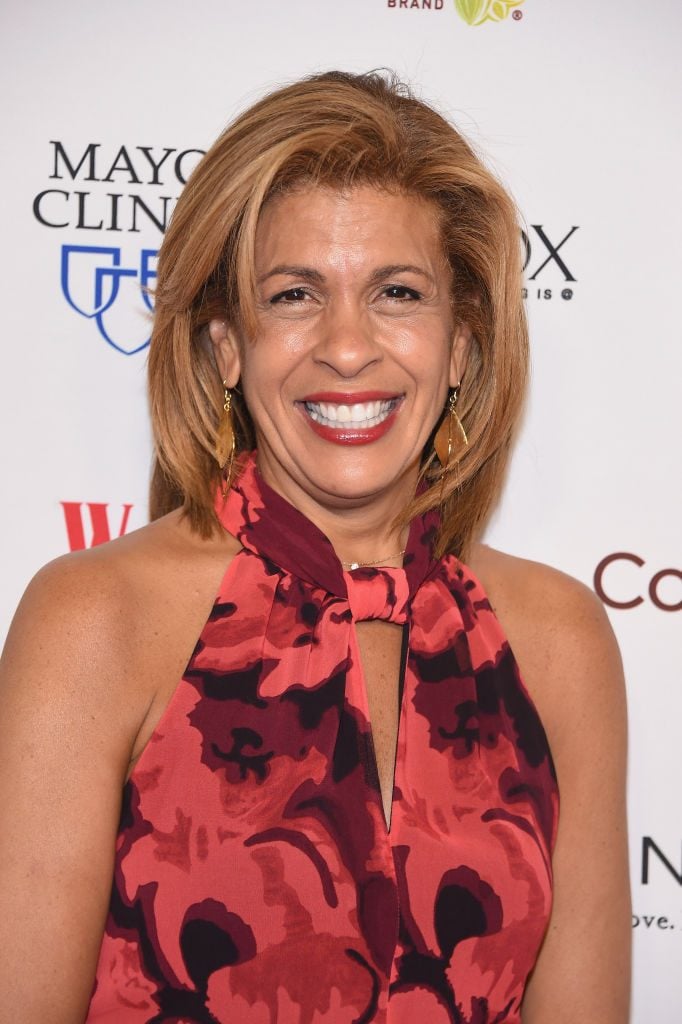 After a few minor jobs, Kotb got her big break when she was signed on to be a part Dateline NBC in 1998. Eventually, she went on to become the fourth hour co-host of the Today Show with Kathie Lee Gifford, and occasionally even fills in for costars Matt Lauer and Savannah Guthrie. In case you were wondering, Hoda Kotb’s salary is estimated to be roughly $2.0 million. Not many know this fun fact, but Kotb is an accomplished author, as well. The TV star has published three New York Times best-sellers titled Hoda: How I Survived War Zones, Bad Hair, Cancer, and Kathie Lee; Ten Years Later: Six People Who Faced Adversity and Transformed Their Lives; and Where They Belong: The Best Decisions People Almost Never Made. With so many accomplishments under her belt, it’s no wonder that Hoda Kotb’s net worth is a whopping $12.0 million!

Looking at Kotb’s career graph, it’s easy to assume that the ever-smiling TV anchor has had a smooth-sailing, comfortable life. However, Kotb has had her own share of ups and downs in her rocky personal life. Hoda Kotb’s husband was a tennis coach named Burzis Kanga, who worked at the University of New Orleans. The former couple got married in 2005, but the short-lived marriage ended in divorce two years later. Tragedy struck when Kotb was diagnosed with breast cancer and had to undergo a mastectomy and reconstructive surgery. 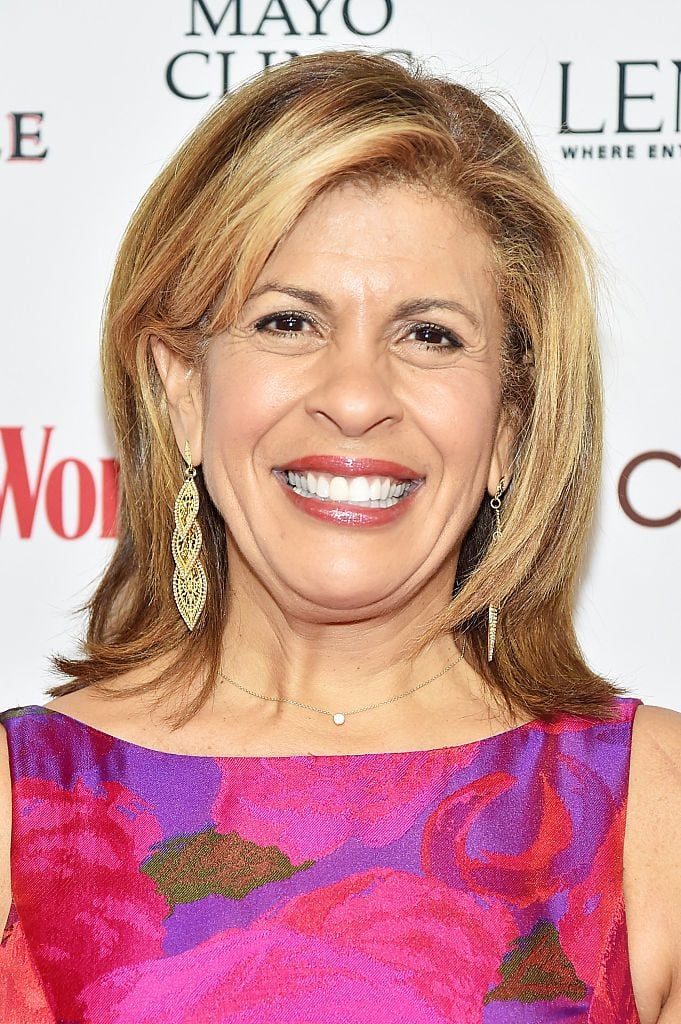 Thankfully, Kotb is now cancer-free and has become an outspoken advocate for breast cancer awareness. Things have been looking up for the brave and fearless Today Show host since then, and she has found love in the arms of a 58-year-old New York financier named Joel Schiffman. The attractive pair has been dating for two years and recently announced the arrival of their adopted baby daughter, Haley Joy Kotb. Here’s wishing Hoda Kotb all the happiness in the world, as she embarks upon the joyful journey of motherhood!