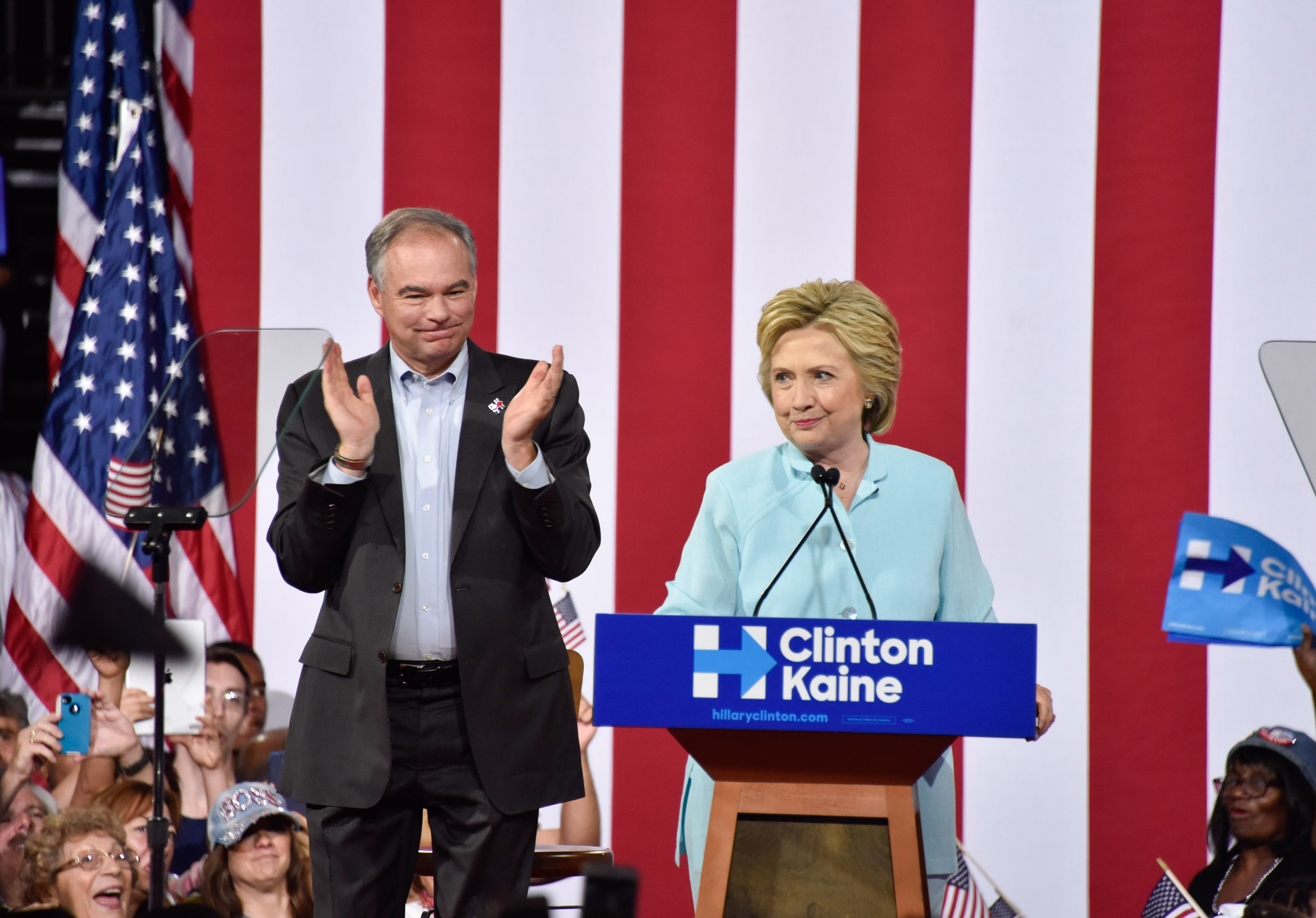 Now that everybody knows Hillary Clinton is the Democratic party’s choice for President, people are curious about the running mate in this election. The question on everybody’s lips is “Who is Hillary Clinton’s VP?” He is Tim Kaine, the junior United States Senator from Virginia. He is a lawyer by profession and on July 27, 2016 he was named the Democratic candidate for the post of Vice President of the USA. Though he has maintained a low profile throughout his career, he has been a strong and faithful member of the Democratic party.

A Desire To Serve

His full name is Timothy Michael ‘Tim’ Kaine and he was born on February 26, 1958 in Saint Paul, Minnesota. His father ran a small iron working shop while his mother was an economics teacher. Kaine studied at Rockhurst High School, an all boys institution in Kansas City, Missouri. Kaine went to college and earned an degree in economics in three flat years before enrolling in Harvard Law School. He then took a break after his first year and went to Honduras as a member of the Jesuit Volunteer Corps. He helped run a vocational school that taught carpentry and welding to the villagers and developed a life-long commitment to public service. After working in Honduras for nine months, he came back and completed his law degree. It was at Harvard that Kaine met his future wife, Anne Holton. Does it Sound like a fairy tale? It’s true. Check the Tim Kaine wiki page on the net.

Fighting For the Helpless

After starting off in the usual way by becoming a law clerk to presiding judges, Kaine found his passion in ‘fair housing’ law. He successfully fought for people who had been discriminated against on the basis of race or disability. Kaine won several landmark cases on behalf of his clients and made a name for himself. Though Kaine stayed away from politics in his early days, he later got involved due to his wife’s family’s influence. Kaine has been Mayor of Richmond city for two terms. His selection as the VP nominee has come as a surprise for most people, but Kaine has always been a solid contributor to the Democratic party.

So, what is Tim Kaine’s net worth? It is $1.45 million, a lot less than the average senator’s income. That’s because Kaine has never been focused on the money. With his talent and position he could have earned a lot more, but Kaine has always made serving people his number one priority. He has worked pro bono for many years when he use to practice law. His stint as the Governor of Virginia was a particularly eventful one. He took a strong stand on many issues like energy, environment, health care, conservation, public health, budget, economy, education and infrastructure development. He helped pass laws that proved beneficial for his constituency.

Time to Walk the Talk

Tim Kaine’s DNC speech was focused on faith and family values. He went after Donald Trump calling him selfish and a liar. Kaine accused Trump of ripping off others by making promises that he did not fulfill. He claimed that Trump was just a “big talker” and had no care for the ordinary citizens of the country. He painted himself, Hillary and the Democratic party as being the alternative for all Democrats and disillusioned members of the Republican party. He said that the Democratic party was the one with moral values and not the Republican party. He spoke about the importance of hard work and helping out each other. While the Democrats have bought into his vision for the party, it remains to be seen how the other side reacts. Either way, this is the biggest stage Kaine has stepped on. The whole country is watching so if he’s going to talk the talk, he’s gotta walk the walk!