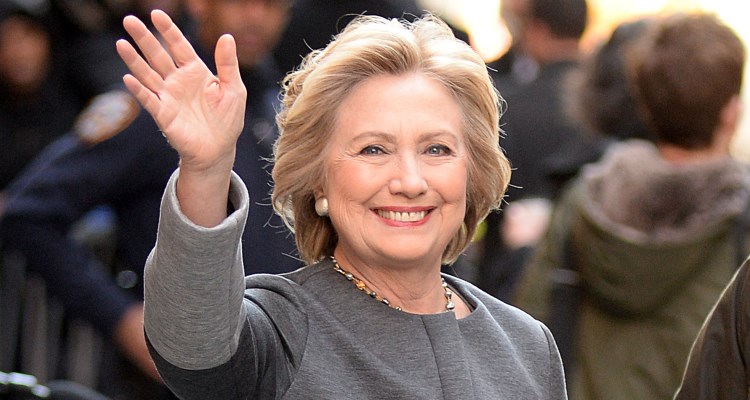 An alleged video of Hillary Clinton having a seizure was released online and now people are wondering, does Hillary Clinton have seizures? The Hillary Clinton health problems video was captured by sharp-eyed Twitter user @zgazda66 at 11:31 a.m. September 11, 2016. Taken by the One World Trade Center in the United States, the Hillary Clinton illness video shows the Democratic politician attempting to enter her motorcade with the help of a few body guards and another woman. Before she is able to enter the vehicle, it appears Hillary Clinton passes out and is caught by the guards. Before her fall, her body wobbles as if she is losing her balance. If you’ve been searching for “Hillary Clinton seizure YouTube,” or “Hillary Clinton leaves 911 memorial” videos, you can check it out here:

Last week, September 5, Hillary Clinton was attempting to speak at a campaign in Cleveland, OH, when she began coughing continuously. Through the length of the campaign video, which you can watch on NBC News’ website, she could not keep the cough down.

Although several sources have claimed her fall at the 9/11 memorial ceremony was due to a seizure, there has been zero confirmation. What can be confirmed, is that Hillary Clinton’s pneumonia was the cause. Medical professional confirmed Clinton has “walking pneumonia,” or a milder form of pneumonia, where the infection is in one or both lungs, typically caused by bacteria. While the body attempts to fight the infection, the airways become inflamed and full of liquid.

Clinton’s age and exposure to many people made her a high risk of infection, according to Dr. William Schaffner, infectious disease specialist at Vanderbilt University School of Medicine. He said, “Candidates are constantly out in enclosed spaces, face to face with myriads of people. It’s an ideal opportunity for the transmission of a respiratory virus.”

Thankfully, the seizure was not the cause for the fall. Hopefully, Clinton will have a speedy recovery.