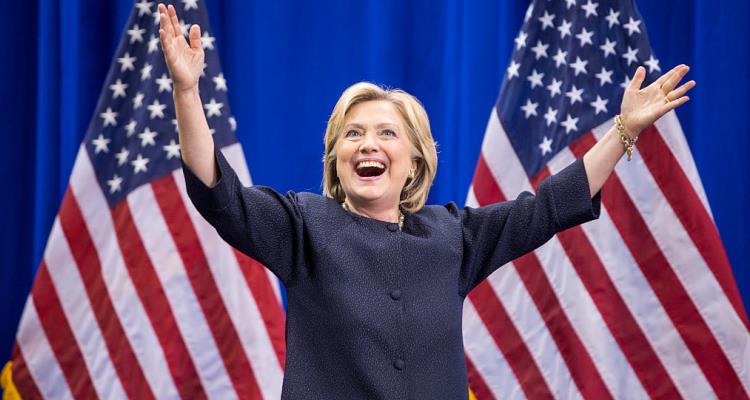 Recent evidence has revealed that Hillary Clinton’s Chris Hayes interview on MSNBC was scripted. Hillary Clinton’s WikiLeaks threats have been looming over the presidential candidate for months, and the emails are beginning to trickle out. WikiLeaks Founder, Julian Assange, told Megyn Kelly on The Kelly File (Fox News) in late August 2016, that his team was working “around the clock” to verify the material they had that could potentially destroy Clinton in the polls if it “catches fire” in the media. There are only a few weeks left until the final decision is made, and it appears that both candidates are airing out each other’s dirty laundry in public. If you’re searching for “Hillary Clinton Chris Hayes WikiLeaks email interview” or “Podesta emails WikiLeaks,” here’s what you need to know.

The video above shows the interview with MSNBC’s Chris Hayes and Hillary Clinton, and an email chain discussing what she should say, prior to the actual interview. Although Clinton appears to be speaking candidly and eloquently on MSNBC, she is evidently paraphrasing the words crafted for her in the email. The full email thread, WikiLeaks email ID 4274, can be viewed on their website. The email shows Dan Scherwin, director of speechwriting for Clinton; John Podesta, Chairman of the 2016 Clinton campaign, and several other parties discussing the candidate’s plans to call into Chris Hayes’ show later that day to do her “tax hit.” It appears that the group is already aware that Hayes will ask her, “Tell me about YOUR new tax proposal.” In the interview, Hayes does ask the same question. Clinton’s response is almost identical to the script discussed in the email thread. Here is a sample of her response, according to the WikiLeaks email exposure:

“As you know Chris, right now, the super-wealthy and big corporations use every trick in the book to game the system and avoid paying billions of dollars in taxes. It’s not right. So today, I proposed adding a new ‘fair share surcharge’ on multi-millionaires and closing loopholes to make it harder to game the system. (I’m also pushing for the Buffett Rule, which sets a minimum rate for those at the top, and other reforms like closing the carried interest loophole that allows some hedge fund managers to pay a lower rate than teachers or nurses) I’m proposing every idea I can to finally make those at the top actually pay their fair share.”

The latest group of emails from Podesta show John Harwood, New York Times reporter and CNBC anchor, giving the Clinton campaign insight about other candidates and bragging about how much he enjoyed proving Donald Trump as a debate moderator. The John Harwood WikiLeaks emails, addressed in December 2015, showed Harwood gloating about his widely-criticized debate performance where he asked Trump, “Let’s be honest, is this a comic book version of a presidential campaign?”

The Daily Caller also reported yesterday that new emails leaked by WikiLeaks revealed Clinton hates “everyday Americans” (the phrase). The emails were hacked from Podesta’s Gmail account and were published October 11, 2016. They reveal an exchange between Podesta and Jen Palmieri (Clinton’s campaign director of communication) where they had a hard time deciding how to use the phrase “everyday Americans” in a speech Clinton gave in New Hampshire back in April 2015. Clinton has repeatedly said “Everyday Americans need a champion” since then, making it seem as if most decisions she makes are not her own.

If the American people see Clinton as someone who lacks authenticity and sincerity, it could harm her in the polls. That being said, Donald Trump has his own dirt to deal with. With the final decision only a few weeks away and all this dirt piling up, it might be a tough decision for many Americans.

For more details on the WikiLeaks threat against Clinton, click here