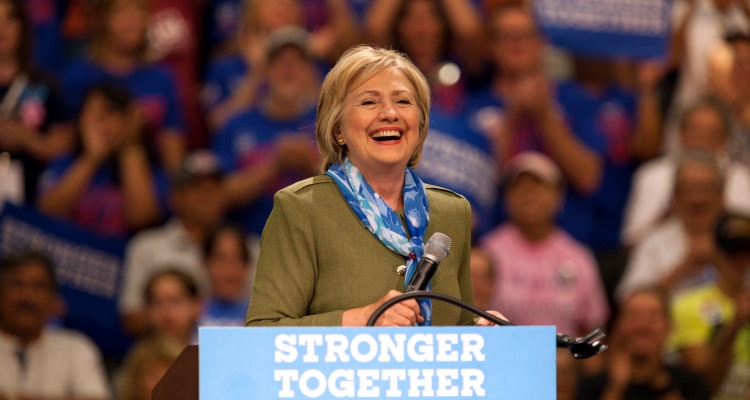 Hillary Clinton’s death hoax made America lose its cool, but the Hillary Clinton Meme Queen is here to rain some entertainment on fans of the Democratic politician. If you haven’t seen the latest Hillary Clinton memes, you have to scroll down. As for the associations with Hillary Clinton and Pepe the Frog, that’s a more controversial topic that we’ll definitely shed some light on.

As with all presidential candidates, Hillary Clinton jokes are expected. But with social media being a playground for creative commentary, things like “Hillary Clinton Meme Queen” take it to the next level. Before getting into the memes involved, check out the video below. But first, swallow whatever you’re drinking, unless you want to spit your beverage all over your device because these memes are simply Hillary-ous!

Well that was intense! Perhaps the most entertaining aspect of the race for the White House are creative videos and cartoons like these! They alleviate the stress and tension of the upcoming decision, and allow voters and politicians to get a crack out of the whole event. That being said, some memes are offensive, so use your discretion!

Way Too “Dank” For You

If that video wasn’t hilarious enough, wait until you see the Hillary Meme Queen’s Instagram Account (@hillary.meme.queen)! The Meme Queen sure has a sense of humour — here are five memes you need to see:

It only gets better, be sure to check out her account for more knee-slappers!

What began as an innocent Internet meme inspired by a comic drawing, steadily increased in views and went viral across social media platforms such as Gaia Online, 4chan, Myspace and Tumblr. Originally created by Matt Furie, Pepe the Frog was a character from his comic, Boy’s Club #1. Pepe the Frog has his own Instagram account (@pepethe_frog) with other hilarious memes, as well.

What could a green frog with brown lips and a human’s body have to do with politics? In 2016, the year of Trump vs. Clinton, Pepe was allegedly associated with Donald Trump’s campaign, white nationalism and the alt-right movement. Creator, Matt Furie commented on the abuse of his comic character, “It’s just a phase, it’s not the first time Pepe has been reclaimed for evil, and no one will care about it come November.” Hillary Clinton’s website has a full explanation of the cartoon frog’s sinister usage.

If Pepe can make a joke out of it, maybe it really will blow over! A sense of humor always wins!