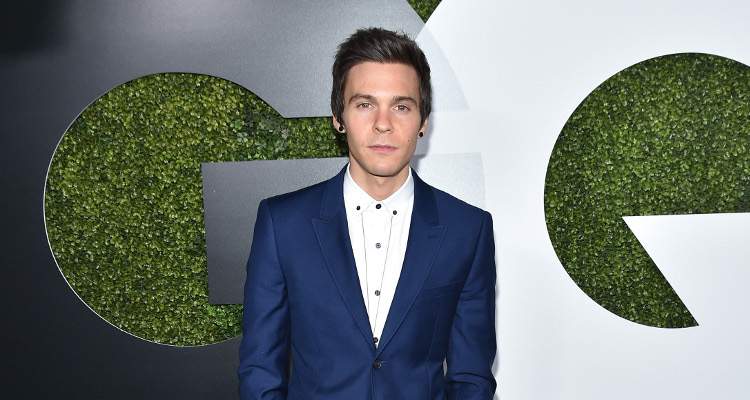 Sealed with a kiss! “So Yesterday” singer Hilary Duff was spotted sharing a sweet moment with her boyfriend, American singer Matthew Koma! But who is he? If you want to know more about Hilary Duff’s boyfriend, then take a look at our Matthew Koma’s wiki.

Born Matthew Bair on June 2, 1987, Matthew Koma’s age is 30. He was born in Seaford, New York, on Long Island and also grew up in Seaford. Not much has been known about Koma’s childhood. However, it is reported that he attended Seaford High School.

Reportedly, music artists like Bruce Springsteen and Elvis Costello inspired Koma to get into the music industry. Taking inspiration from their music, Koma initially, decided to debut his career in punk rock. Later on, he shifted his focus to various genres like hip hop, EDM, and pop. Throughout his career, Koma has collaborated with several music artists such as Alesso, Hardwell, Zedd, Sebastian Ingrosso, Miriam Bryant, Ryan Tedder of OneRepublic, and Vicetone.

Koma’s musical talent was observed by Jimmy Iovine, who decided to sign him to Interscope Records after he saw an acoustic performance of the record “She.” In May 2012, Koma released his first Extended Play. His EP included songs which were written, produced, and co-produced by Koma himself. Additionally, all the four songs were with collaborators like Alex da Kid, Sam Walters, Ari Levine, and Louis Biancaniello.

#tbt me and my dude

After the EP, Koma took part in the Sorry for Party Rocking worldwide tour with Far East Movement and LMFAO. Additionally, Koma also went on a tour with the band, Owl City. In the same year, Bruce Springsteen released a song called “Rocky Ground,” which was then remixed and co-produced by Ron Aniello and Koma. The song was released as a single from the album, Wrecking Ball.

Additionally, in 2012 spring, Koma went on Europe tour to support singer Ellie Goulding with Charli XCX. In 2014, DJ Hardwell and Koma released the single “Dare You.” In 2015, Koma appeared in Kia Motors’ online video series titled Rediscovered, there he recorded a cover of the song “The Tracks of My Tears.” Later on, Smokey Robinson visited the studio. In September 2015, Koma worked with The Knocks on “I Wish (My Taylor Swift).” The song was released as a single. Moreover, Koma also made an appearance on The Knocks’ 2016 album, titled, 55.

In 2017, Koma produced various songs for artist Shania Twain’s studio album, Now. Koma is an American songwriter, DJ, record producer and a singer. Throughout his career, Koma has released two EP’s titled, Parachute, The Cherrytree Sessions. His list of singles includes “Parachute,” “One Night,” “So F****n Romantic,” “Emotional,” “Kisses Back,” “Hard to Love,” and “Dear Ana.”

Koma and Hilary Duff are now a famous couple. Their on-and-off relationship has always been the talk of the industry and fans can’t help but love these two together. Koma and Duff broke up in March only to reconcile in September. Reportedly, on Tuesday, Koma was spotted with Duff in Studio City. Recently, Duff opened up about their relationship and said, “Timing is such a big deal. Third time’s a charm!” She added, “It’s going so great! I mean, this is like the third time that we’ve dated and I think that what Selena says has so much merit to it. Timing is such a big deal.”

Duff further continued, “Third time’s a charm! I think that you have history and a past with someone and love and just because it doesn’t work out the first time, the second time, as long as there’s not too much damage done, then, it can always workout again.”

The source close to the couple revealed, “Hilary quickly went back to spending a lot of time with Matthew. They’ve been spending almost their entire weekends together. Hilary loves how effortless it is with him and that they always have a good time no matter what they’re doing.Him being gone on tour was the main reason things didn’t work out the first time around, so now that he’s back, they picked up right where they left off.”

Well, we hope things work out for the third time for this sweet couple! Hopefully, we’ll be hearing some wedding bells soon!