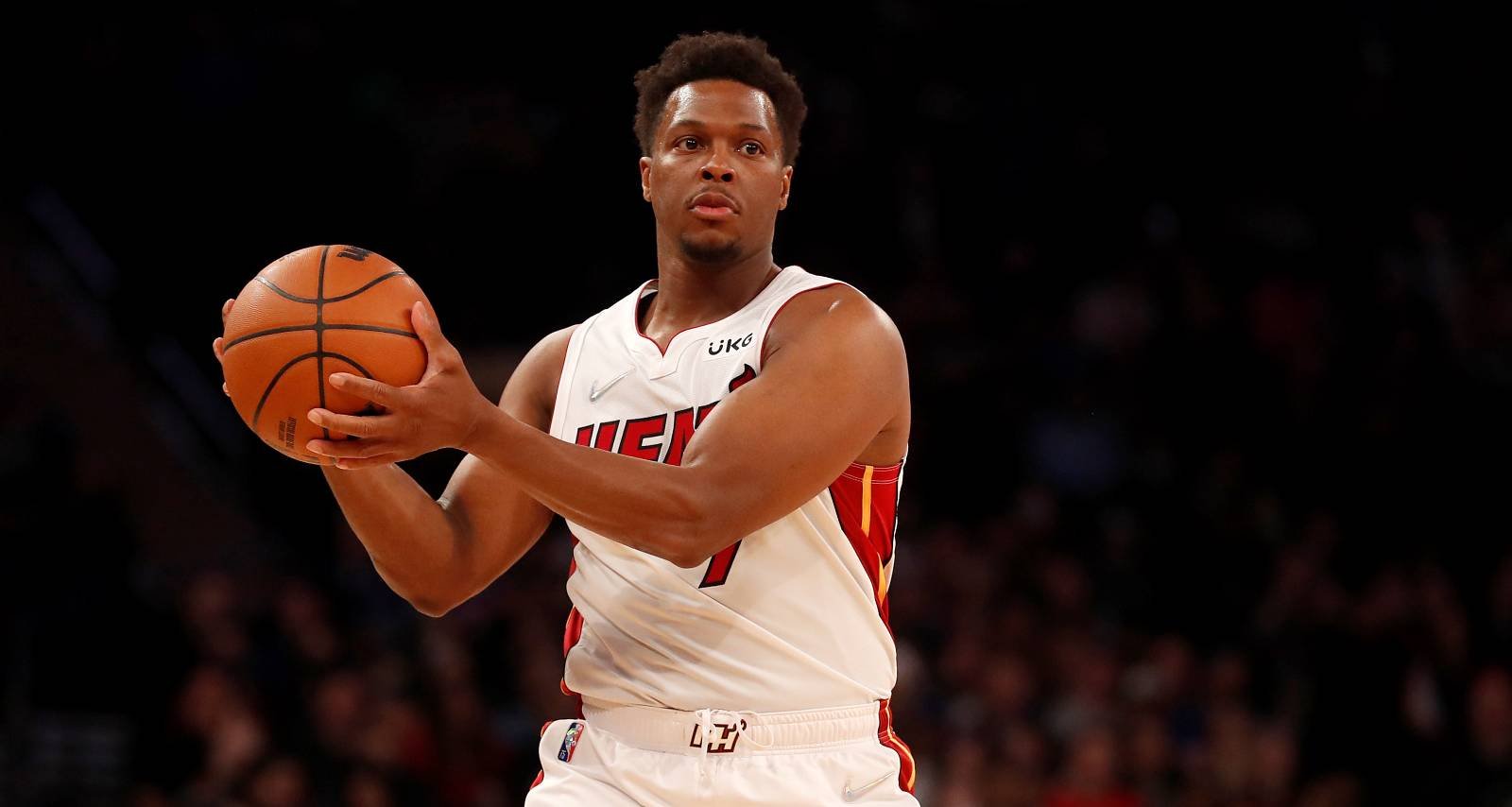 Kyle Lowry #7 of the Miami Heat in action against the New York Knicks at Madison Square Garden on February 25, 2022 in New York City. (Photo by Jim McIsaac/Getty Images)

After that great half-court shot last week, there’s no doubt that Kyle Lowry’s payout is getting a significant hike from now on.

Thanks to that, Kyle Lowry’s net worth, estimated at over $36.0 million, is likely to get bloated up like a blimp! By the end of 2016, the NBA player’s million-dollar paychecks will be a lot more substantial than before.

Playing point guard for Toronto Raptors will surely be the highlight of Lowry’s NBA career. In fact, it seems like the team may consider amending Kyle Lowry’s contract into something even better. All roads lead to Kyle Lowry’s money getting secured by the millions of dollars added every season.

In almost a decade-long NBA career, Kyle Lowry’s net worth has seen the highs and the lows. Now, Lowry’s wealth is making over $12.0 million a year, and there are no signs of a drop in these figures. Today, Kyle Lowry’s age is 30, and his performance is quite brilliant. There’s no second-guessing on Lowry being one of the most successful Raptors in future seasons, slamming dunks and breaking records in every game. That’s why it is even more interesting to know how rich Kyle Lowry is today!

How Rich Is Kyle Lowry?

Getting Into Toronto Raptors

Kyle Lowry grew up in Philadelphia, Pennsylvania, where he attended the Cardinal Dougherty High School. Lowry’s play in high school basketball had him listed at number 6 for point guard in the country for 2004. As a freshman in Villanova, Lowry became a part of the Big East All-Rookie team, claiming the title of Philadelphia Big Five Rookie of the Year.

In the 2006 NBA Draft, Lowry became the 24th overall pick and was recruited by Memphis Grizzlies. Lowry was looking forward to a great career with the Grizzlies but was disappointed when he was replaced by Mike Conley Jr. in the 2007 NBA Draft. In 2009, Lowry was traded to the Houston Rockets. He played the Rockets’ point guard for three seasons but had to bow out after getting bacterial infections in 2011. Exchanging Gary Forbes, Toronto Raptors brought in Lowry. Kyle Lowry has played almost four seasons as a Raptors’ point guard, making almost $12.0 million in annual salary.

After starting his NBA career in 2006, Kyle Lowry has made himself one of the most bankable point guards in NBA history. The 30-year-old has been an NBA All-Star for this season (2016). He was NBA Eastern Conference Player of the Month in December 2014 as well as in January 2016. His other career achievements include Toronto’s lead in triple-doubles and three-point field goals. Besides that, the humble Raptor treasures his loving marriage to wife Ayahna Cornish as his life’s best accomplishment.

While being six feet tall isn’t consider a threat in the NBA, Kyle Lowry’s play has certainly scared a bunch of towering dudes. Making history with last week’s (May 3) half-court shot against Miami Heat, Lowry is that surprise factor for the Raptors. In fact, Kyle Lowry is the player the Toronto Raptors need to take down the Cleveland Cavaliers tonight.

So, make sure you watch NBA Conference Finals Game 1 Toronto—Raptors vs. Cleveland—tonight at 8:30 pm EST. That’s when you’ll see Kyle Lowry at his best, doing something similar to what he does in the video below.