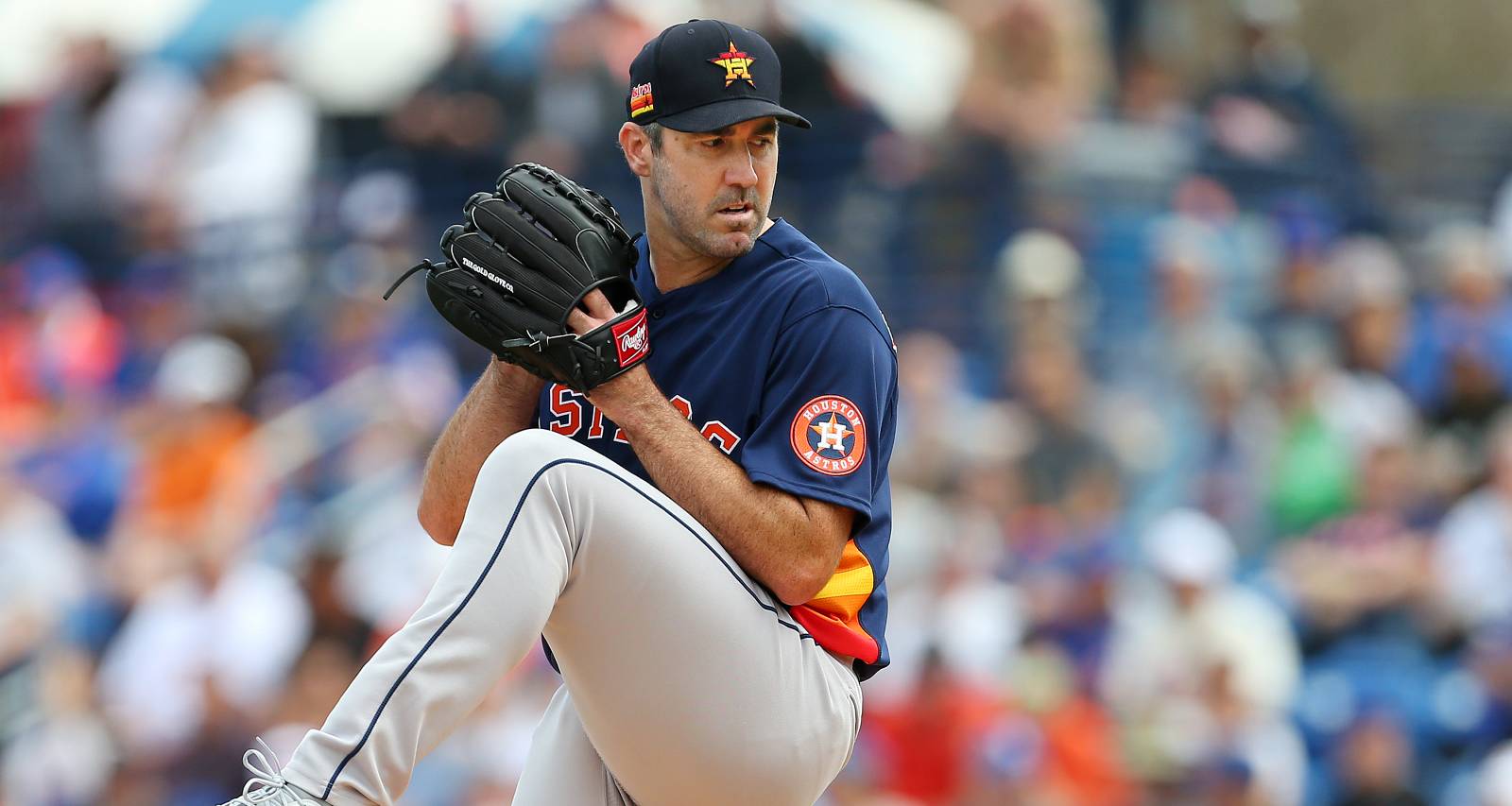 Justin Verlander #35 of the Houston Astros in action against the New York Mets during a spring training baseball game at Clover Park on March 8, 2020 in Port St. Lucie, Florida. The Mets defeated the Astros 3-1. (Photo by Rich Schultz/Getty Images)

Justin Verlander’s net worth of 2016 is now estimated to be around $60.0 million, and it’s about to double.

No, he hasn’t inked another deal with the Detroit Tigers; Justin Verlander has just committed to an even better and more beautiful deal. So, before you head towards Justin Verlander’s net worth, you should know that Kate Upton has just announced her engagement to the Detroit Tigers pitcher. The 23-year-old supermodel walked the red carpet of the 2016 Met Gala sporting a huge rock on her hand.

Kate Upton’s engagement ring shined so bright that we definitely get an idea of how rich Justin Verlander is. News of Justin Verlander being engaged to Kate Upton reveals how the two sports enthusiasts have decided to stay together for the rest of their lives. In fact, Upton has admitted her passion for baseball and for Justin Verlander in particular. The pro baseball player has also showed his love for the Sports Illustrated model, who’s considered one of the hottest women in the world.

As of now, Justin Verlander’s net worth is estimated to be somewhere around $30.0 million to $60.0 million. But, considering Kate Upton’s engagement ring, it’s surely inclined towards the bigger end!

How Rich Is Justin Verlander?

Before he could enter Major Baseball League (MLB), the young Justin was inspired by his father, who encouraged his passion for the sports. With baseball being the most common household game across North America, Justin Verlander began throwing balls like a pro pitcher. After joining the Richmond Baseball Academy, young Justin Verlander threw the ball at a whopping speed of 86 mph! Verlander reached a great physical height (6’5”) as well as a great scoring height, pitching the ball at more than 87 mph.

Justin Verlander joined the minor league from the Detroit Tigers after getting selected in the second overall pick of the 2004 MLB Draft. Verlander made his debut in 2005 but headed out with a defeating start. Even after getting placed in the disabled list due to a shoulder injury, Justin Verlander managed to enter the MLB and made the team proud. In 2006, the American League named Justin Verlander the Rockie of the Year. And, in 2007, his pitches against the Milwaukee Brewers struck out twelve batters and walked four. He repeated his no-hitter pitches in a 2011 match against the Toronto Blue Jays, facing over 27 batters. By this time, Justin Verlander’s net worth saw a substantial rise, crossing over millions of dollars with every MLB season.

In November 2011, the American League honored Verlander with the Cy Young Award, making him the first  American League pitcher to win the title since Johan Santana. The fashion of his pitching style is what made Justin Verlander similar to Johan Santana. In 2011, Verlander became the League’s MVP  for winning 280 points for the Detroit Tigers in that season. So, now you know why Justin Verlander signed a seven-year deal with the Detroit Tigers, giving him a $180.0 million contract since 2013.

For the baseball enthusiast out there, we’d like to tell you that Justin Verlander throws four average pitches at the range of 90-97 mph and can do a slide at 85 mph. Justin Verlander’s pitching style also makes up of a curve-ball at 80 mph and a circle change-up at 88 mph.

Not really sure what we were doing here but looks like we were having fun! @kateupton #lacma #goodtimes