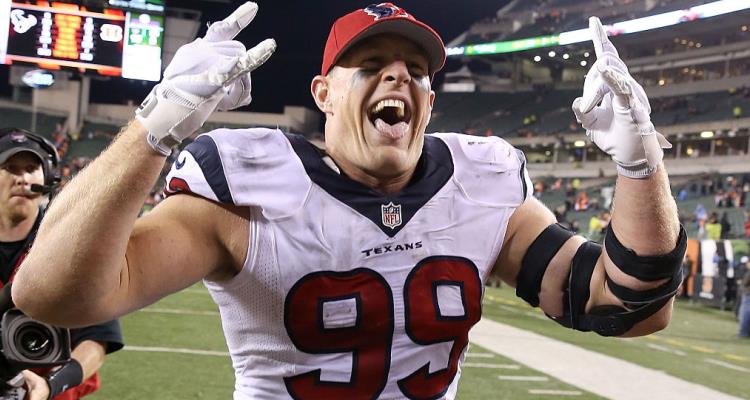 If you’re wondering why the Houston Texans’run defense is struggling, then chances are you have been wondering why J.J. Watt is not playing in 2016’s NFL. For those who may have forgotten, J.J. Watt injured himself a few months ago and despite being given a clean bill of health, he has re-injured himself, making 2016 much more uneventful than he thought.

On July 20th, Watt went in to have surgery done on his back, after suffering from a herniated disk he sustained while he was working out alone. The procedure was said to potentially bench the 27-year-old Texans defensive end for six to 10 weeks, possibly hurting his chances of playing during Houston’s 2016 schedule.

“Right before training camp, we wanted to do a checkup and just to make sure and see where I was at,” he told ABC News. “Once the MRI came back, that’s when we realized it was worse than we thought. That’s when we knew, and that’s why it happened so close to training camp.” He added that “It’s not because it’s 90 degrees and I just didn’t feel like being out there,” Watt quipped.

The surgery was a success, but Watt was instructed to lay down and walk—that was his only form of rehab that he needed. After two weeks, his doctor told him that he would recover quickly.

Watt’s last post to date is an inspirational message on Instagram with the following caption: “Adversity sucks. You’re attitude towards it doesn’t have to. I will be back.” There’s a chance Watt could return once he’s healed, but fans are left wondering when that will be.

Aside from healing from his injury, Watt has been keeping quite busy. If you saw the hit movie Bad Moms, then you may have recognized a familiar face. That’s right—the frightened, cat-loving kid’s soccer coach, was Watt’s big screen debut! Not a bad way to spend your time recuperating, if you asked us. If you’ve seen Watt in any of his previous HEB ads or his skit when he was on Jimmy Kimmel, then it comes as no surprise to see the pro athlete testing out his comedic talents, alongside Mila Kunis and Christina Applegate. Watt’s role got mixed reviews but overall, his part was well-received. It’s safe to say that 2016 wasn’t all that bad for Watt!

After months of speculation, both Watt and Ohai confirmed that they are in a relationship.

“The rumors are true. We are dating,” said Ohai, who plays forward for the Houston Dash of the National Women’s Soccer League. “I’ve known J.J. for a really long time, and we’ve always been really great friends, and yeah, I’m really proud of him for everything he’s been going through, but it’s been pretty crazy with all the rumors.”

Watt finds it hard to date, due to his previously busy schedule, but also likes to maintain some privacy in his life.

“I think it’s having the whole world watch your every move, and any female you’re seen with is automatically your girlfriend,” said Watt. “Bringing a girl into this life and the scrutiny and the criticism that comes with it — no matter how perfect the girl is — people are gonna rip her to shreds because that’s the social media world we live in today. [sic]”