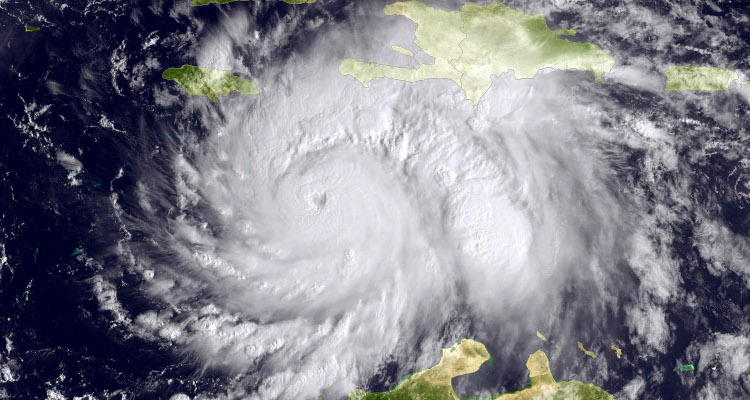 If you haven’t heard already, Hurricane Matthew became stronger on Thursday and is very close to hitting the Florida Coast. Matthew might just scrape the coast, but it would still cause major damage and as such, people in the area need to be prepared. Here’s how you can track Hurricane Matthew Live, as well as gain more information about this disastrous storm.

You can get up to date information on Hurricane Matthew’s movement on the Weather Underground’s website. The National Hurricane Center (NHC) is constantly monitoring the hurricane and providing live updates.

About the Hurricane’s Movements

The hurricane had been churning for a while in the Caribbean, with top sustained winds of 130 mph. At 11:00 pm EST on Thursday evening, the National Hurricane Center advisory committee declared Hurricane Matthew as a Category 4 storm, which could cause considerable damage if it were to hit the coast. The storm has already killed over 270 people in Haiti at this time, and according to CNN, that number is expected to increase.

At the NHC’s 2:00 a.m. EST update, the hurricane was downgraded to a Category 3 hurricane, with wind speeds of 120 mph, and it has been moving closer to Florida at 14 mph. The storm is expected to weaken as it moves towards the land, but it’s still an extremely dangerous Category 3. A storm surge of 7 to 11 feet has been forecast for the coastline from Sebastian Inlet, Florida to Edisto Beach in South Carolina. The storm has moved upwards and forecasters are expecting it to scrape by the Florida coast, instead of hitting it directly. According to CNN, the NHC reported that, “Although weakening is forecast during the next 48 hours, Matthew is expected to be a Category 3 hurricane as it moves near the coast of Florida today.”

Florida Governor, Rick Scott is urging all citizens to evacuate and has activated 3,500 National Guard troops to help with the evacuations. Residents are hurriedly moving away from the coastal regions at this time, while some have opted to stay put and ride out the storm in their homes. President Obama has declared a state of emergency in Florida, Georgia and South Carolina. The Federal Emergency Management Agency and Department of Homeland Security will coordinate relief efforts. The latest updates from Florida show that households lost power at about midnight. A joint appearance by President Obama and Hillary Clinton that was scheduled for Wednesday in Florida was canceled. A fundraiser hosted by Ivanka Trump that was to take place at the Trump resort in Florida has also been canceled.

While the East Coast braces itself for Matthew, another storm is close on its heels. Silently picking up in strength and speed is Hurricane Nicole. The NHC’s last update on Nicole was at 11:00 p.m. EST on Thursday. Hurricane Nicole is currently stationary, with maximum sustained winds of 105 mph making it a Category 2.

People living on the coast are urged to evacuate as soon as possible! hurricane Matthew is the strongest and deadliest storm in Florida’s history and will definitely cause extreme damage to property. As Governor Scoot put it, “You need to leave. Evacuate, evacuate, evacuate.” The hurricane will make landfall in the morning and those in the evacuation zones need to cooperate with authorities to save themselves and their families.

According to the 3:00 a.m. EST update, Hurricane Matthew is expected to weaken in the next 48 hours, but it will still be a powerful Category 3 storm when it makes landfall in the morning. The National Hurricane Center is due to give another storm update soon. Check your local news stations to stay up to date on this horrific storm.