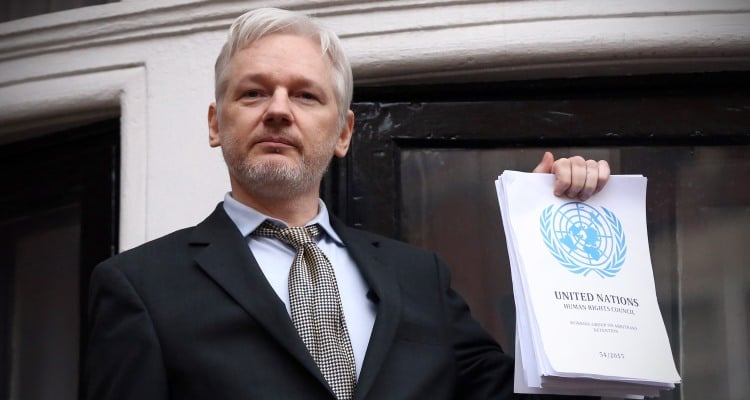 What did Julian Assange discover? That’s the question on everyone’s minds, after the WikiLeaks founder was scheduled to release “significant material” over the next 10 weeks about arms, Google, mass surveillance, the United States election, and more. There’s no shortage of Julian Assange memes and Julian Assange trolls on the Internet, so we have provided you with five memes you need to see!

Recently, Assange spoke via a video link at a news conference in Berlin to signify the website’s 10th anniversary. At this time, he vowed that his company would continue to provide the release of classified documents relating to the United States, including other governments in a position of power. Assange disappointed his followers who stayed up late, when he further announced that he would be delaying his upcoming release of secrets. Apparently, he is also planning to expose government secrets before November 8, the official election day!

The Julian Assange/Clinton topic is also another subject people have been searching online. Despite popular belief, Assange told The New York Times that he has no intention of harming the Democratic presidential candidate. However, the same may not be able to be said about Clinton wanting to harm Assange. According to Fox News, a tweet from the official WikiLeaks account revealed that Hillary blurted out “Can’t we juts drone this guy?” in a 2010 meeting, that was probably meant to be more of a joke, but wasn’t well received.

According to Twitter, Assange was set to make an announcement from his balcony at the London Ecuadorian Embassy (where he is currently staying since gaining political asylum after being charged with rape in Sweden). His plan was to expose more of Clinton’s dirty secrets directly from his balcony for the world to see. However, it was revealed that he cancelled his big announcement and would reschedule it for a later time. Many are speculating the cancellation was due to security reasons. (Exposing classified secrets from an open space, probably isn’t the best idea, anyway).

Now, while the Internet awaits the next batch of leaks, many have decided to create memes of their own, in order to pass the time and reflect on all the WikiLeaks/Assange controversy!

It's time to open the archives! "Every organization rests upon a mountain of secrets"

Cats Have Feelings Too

The Walls Have Ears