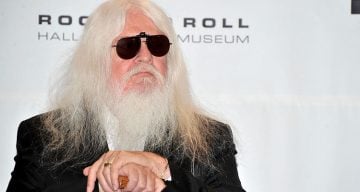 Legendary singer, musician, and songwriter, Leon Russell passed away on November 13 in his sleep. Here are some interesting facts from Leon Russell’s wiki.

Born as Claude Russell Bridges on April 2, 1942 in Lawton, Oklahoma, United States, Leon Russell started playing the piano since he was four years old. He went to Will Rogers High School in Tulsa, Oklahoma. Russell used to regularly perform at Tulsa nightclubs.

Russell came up with the name Leon when his friend gave him a fake ID. He used the ID to perform in clubs because he was not old enough to get in.

To further pursue his music career, Leon Russell moved to Los Angeles in 1950. He began his career as a session musician, and worked on the recordings of many famous musicians of the 1960s. By the end of 1960, Russell became a successful songwriter and arranger.

Throughout his musical career, Russell released many hit albums and songs such as Look Inside the Asylum Choir, Leon Russell and the Shelter People, Will O’ the Wisp, Solid State, The Union and Life Journey.

Leon Russell married Mary McCreary on June 20, 1975. However, after five years of marriage the pair were divorced on October 3, 1980. Russell then married Janet Lee Constantine on February, 6, 1983. The pair have five kids, including four daughters, Sugaree Russell, Tina Russell, Coco Russell, and Honey Russell. They also have a son named Teddy Russell. Leon Russell passed away on November 13, in his sleep. He was 74 and passed peacefully in his Nashville, Tennessee home.

Leon Russell was an amazing musician and a singer. His net worth is estimated to be around $600,000.

Russell had earned this amount due to his career as a musician and songwriter. Additionally, he has appeared as a session musician on many occasions, and also has had a career as a solo artist.

His net worth is definitely due to his hard work and determination to be a fantastic singer and a musician. He was a versatile singer with the talent of playing different musical instruments.

The world has lost another gem of music. Although no cause of his death has been revealed, his wife did say that he was going through a very hard time. It is definitely a very sad time for his family and his close friends. Leon Russell gave the world many amazing songs to remember, and he will certainly be in everybody’s hearts with his talent and songwriting skills. We express our condolences to his family and friends.