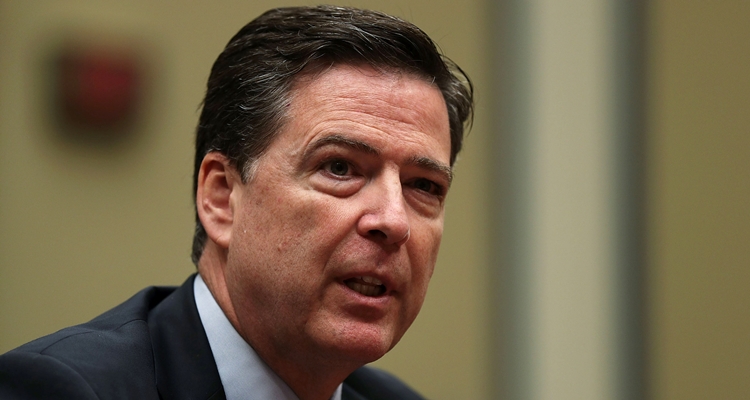 FBI Director James Comey, known for his investigation into Hillary Clinton’s email server, has been fired by President Donald Trump. This decision has been questioned by both Republicans and Democrats, who wonder if the dismissal of Comey has something to do with his investigation of the Trump campaign’s ties with Russia. Why was James Comey fired? Keep reading for more details from James Comey’s wiki

James Brien “Jim” Comey Jr. was born on December 14, 1960 in Yonkers, New York to Joan and J. Brien Comey. Comey’s father worked in corporate real estate, and his mother was a homemaker, as well as a computer consultant. Comey went to Northern Highlands Regional High School in Allendale. In 1982, he graduated from the College of William and Mary, majoring in Religion and Chemistry. Three years after graduating, Comey received his Juris Doctor from the University of Chicago Law School.

James Comey and his wife Patrice Failor have been married for 29 years. They met each other as freshmen at the College of William and Mary in Williamsburg. The couple got married in 1987, and moved to Richmond in 1993 so they could raise their children. They are proud parents of five children: Brien Comey, Claire Comey, Maurene Comey, Abby Comey, and Katherine Comey. James Comey’s brother is Peter Comey, who works at the law firm that handles the taxes for the Clinton Foundation.

James Comey was Told about His Termination During a Speech

According to sources, Comey got the news that he was fired while addressing FBI employees in Los Angeles. While giving his speech, he saw a television screen in the background report the news of his dismissal. At first, he thought it was a joke. Then, his staff informed him to step into a nearby office.

Why was James Comey Fired?

The reason behind James Comey’s termination was stated by Deputy Attorney General Rod Rosenstein. A three-page letter was drafted, stating that James Comey should be terminated from his service because of the way he handled Hillary Clinton’s server investigation saying, “I cannot defend the Director’s handling of the conclusion of the investigation of Secretary Clinton’s emails, and I do not understand his refusal to accept the nearly universal judgment that he was mistaken.” Rosenstein further added, “It is not the function of the Director to make such an announcement. At most, the Director should have said the FBI had completed its investigation and presented its findings to federal prosecutors.”

Rosenstein stated that in October 2016, it was wrong of James Comey to send a letter to Congress stating that the FBI was investigating new emails in Hillary Clinton’s outgoing investigation. However, as Comey was investigating President Donald Trump’s campaign ties with Russia, people are speculating that this is another reason for his termination.

James Comey’s Net Worth is Estimated to be Over $11.0 Million

James Comey’s net worth is approximately $11.0 million. In 2013, when he became the Director of FBI, his submitted documents claimed that his house alone is worth more than $3.0 million.