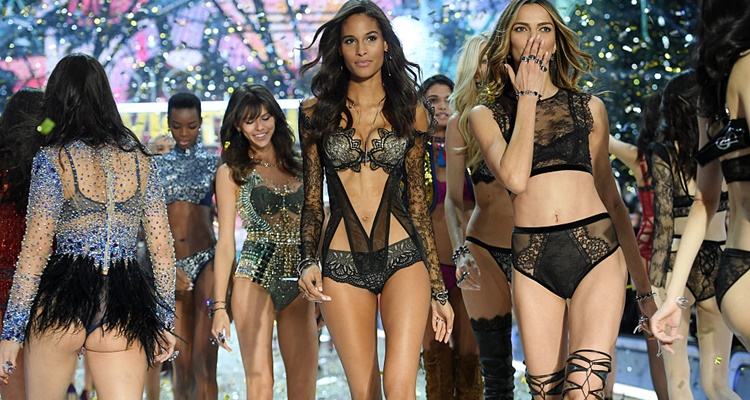 Who Are The Victoria’s Secret Angels?

Victoria’s Secret cast many models for their shows, but their “Angels” are special. In 1997, Victoria’s Secret launched its lingerie line called Angels, and hired famous models of the time like Helena Christensen, Karen Mulder, Daniela Peštová, Stephanie Seymour, and Tyra Banks for a commercial that became an instant success. From then on, the term “Angels” came to be associated with VS Angels who are contracted spokesmodels for the lingerie brand. Only a selected few are bestowed with wings and the status of being an Angel. Here are the official Angels who put on their wings for the Victoria’s Secret Fashion Show 2016.

The Brazilian supermodel was chosen as the first spokesmodel for Victoria’s Secret’s sister-line, PINK. The 35-year-old is married to Re/Done Jeans entrepreneur, Jamie Mazur, and has a daughter, Anja Mazur, and son, Noah Mazur. She’s one of the few models who wore the Fantasy Bra twice (in 2012 and 2014) in her career. 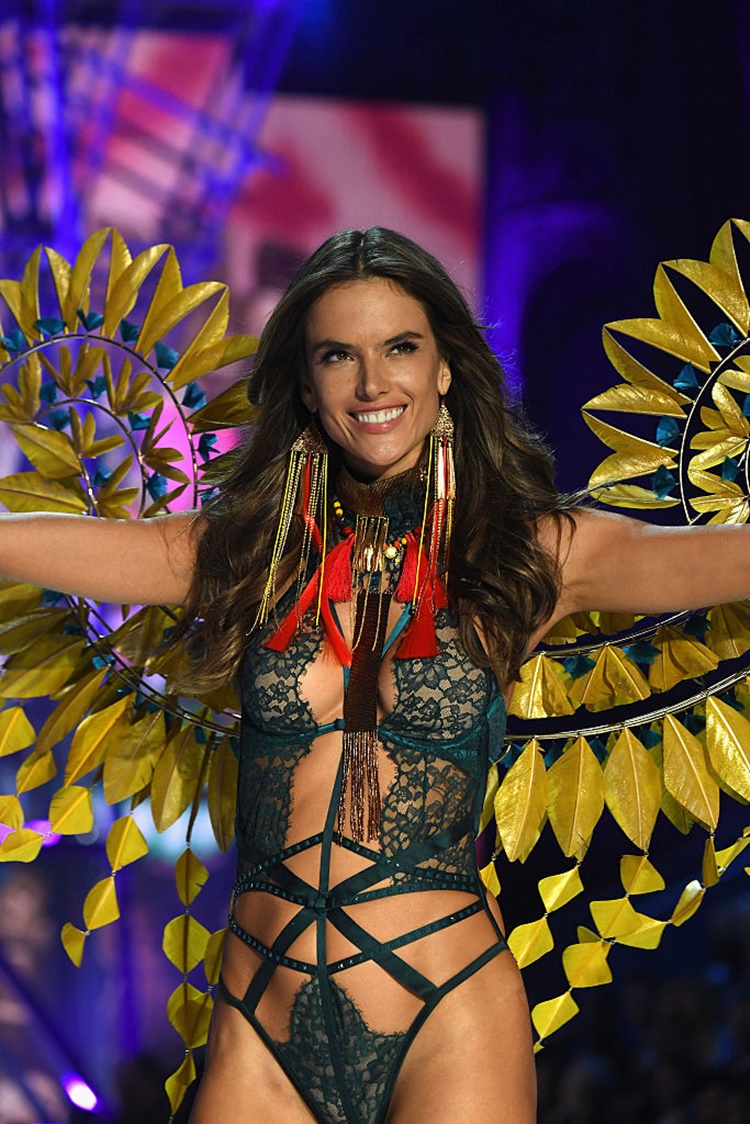 The 35-year-old is the longest-running Angel, having signed with the lingerie brand in 2000 after walking in the 1999 show. She opened for the show five times and had worn the Fantasy Bra three times: in 2008, 2010, and 2014. She was married to NBA player, Marko Jaric, and they have two daughters Valentina and Sienna Jaric. The couple divorced in March 2016. 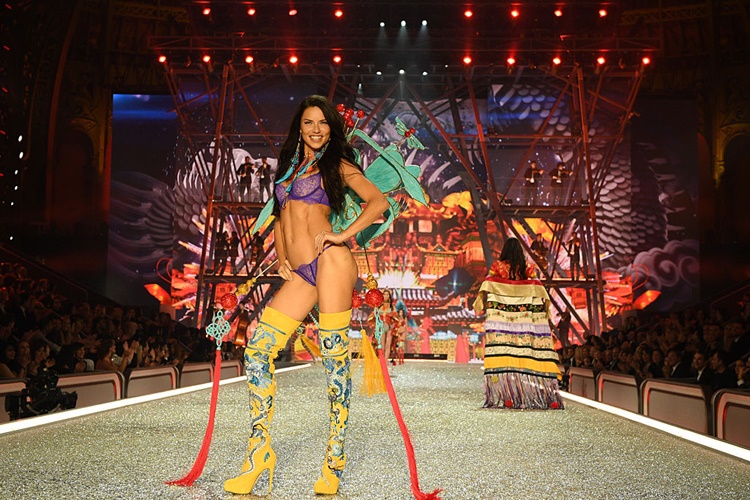 The daughter of an artist and Playboy Playmate, Aldridge is famous for modeling for Victoria’s Secret and Sports Illustrated. She first walked for Victoria’s Secret in 2009 and became an Angel a year later, having walked in every show from 2010 to 2016. In 2015, she wore the Fireworks Fantasy Bra. Aldridge has a daughter, Dixie Pearl Followill, with her husband, Caleb Followill, the Kings of Leon frontman. 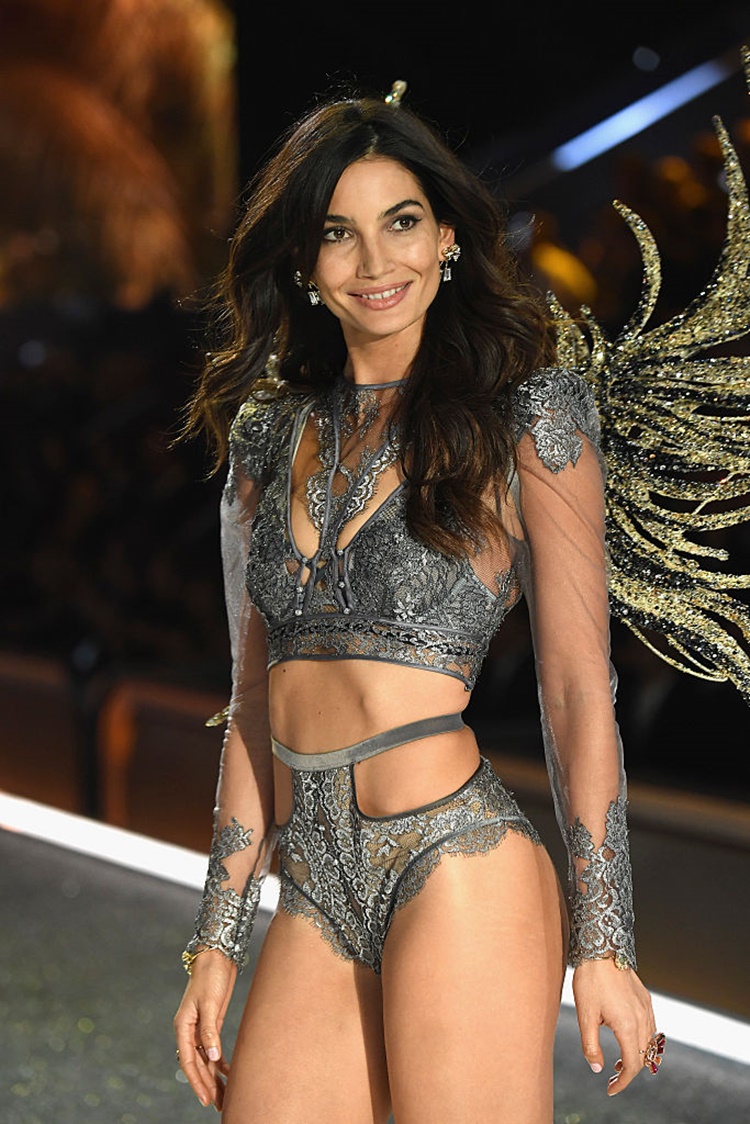 The Swedish model began her career at the age of 14 when her father sent photographs to various modeling agencies. Her time as a pro-basketball player helped her cope with the demands of a modeling career. The 27-year-old has walked for the VS shows from 2011, and she was signed as an Angel in 2015 alongside Sara Sampaio and Jasmine Tookes. 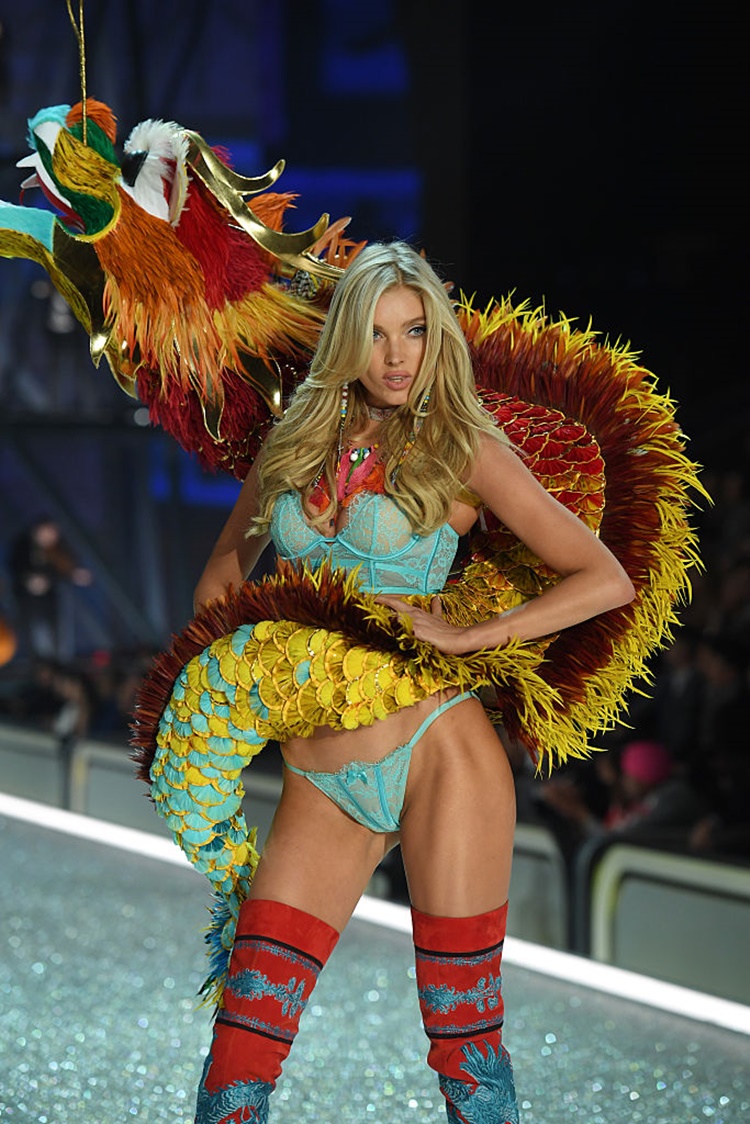 Tookes was discovered at a showroom appointment of her celebrity stylist mother. She began her career at the age of 15 and was cast in the Victoria’s Secret Fashion Show in 2012. In 2015, she was one of the models signed by the brand joining the new class of Angels. In this year’s show, 25-year-old Tookes was selected to wear the Bright Night Fantasy Bra worth $3.0 million. 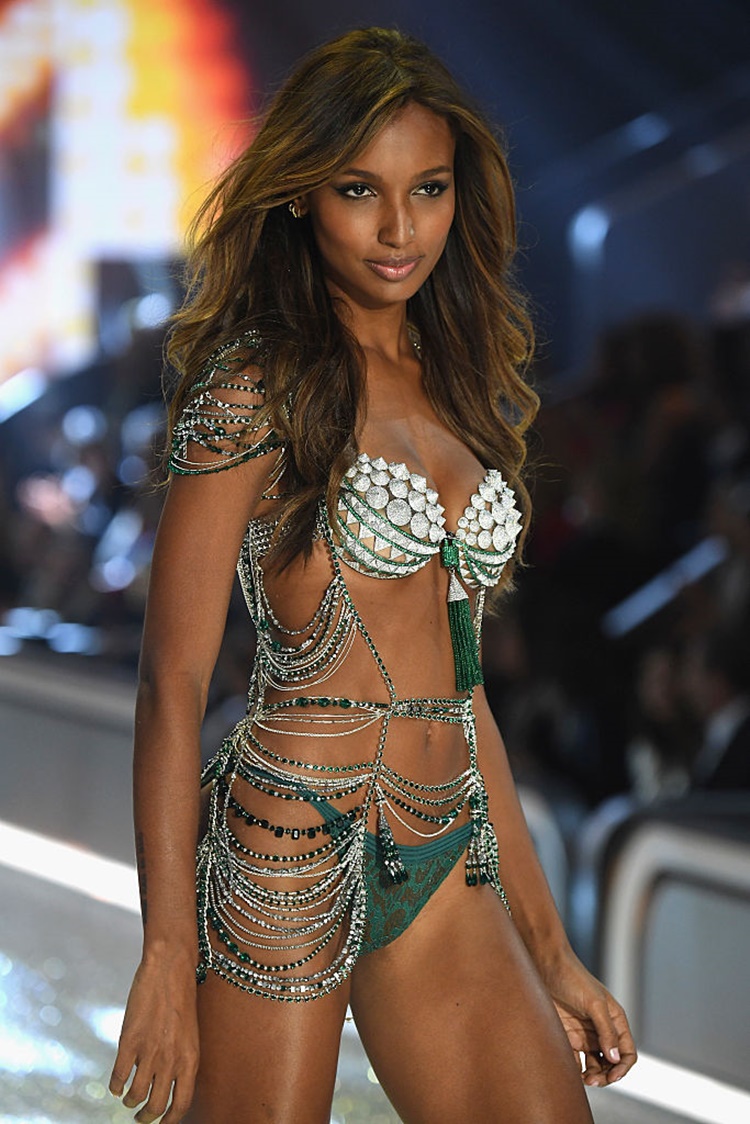 Hunt has walked in the VS show since 2013 and was bestowed the status of an Angel in 2015. That same year, she was also featured in the first Victoria’s Secret Swim Special. She’s part of Taylor Swift’s famous squad and even starred in the “Bad Blood” music video. 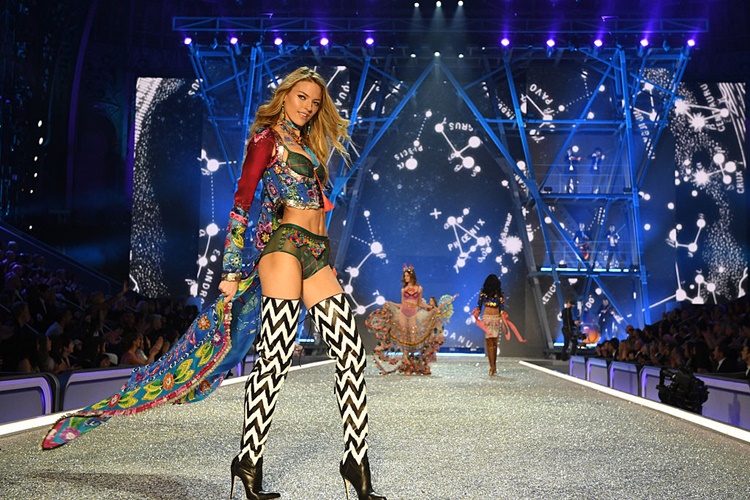 Maxwell was discovered when she was studying in New Zealand. She’s lived in Belgium and Australia and is of Irish descent. She’s well-known for being romantically linked to Miley Cyrus. The 25-year-old first walked for the VS show in 2014 and was signed in 2015. 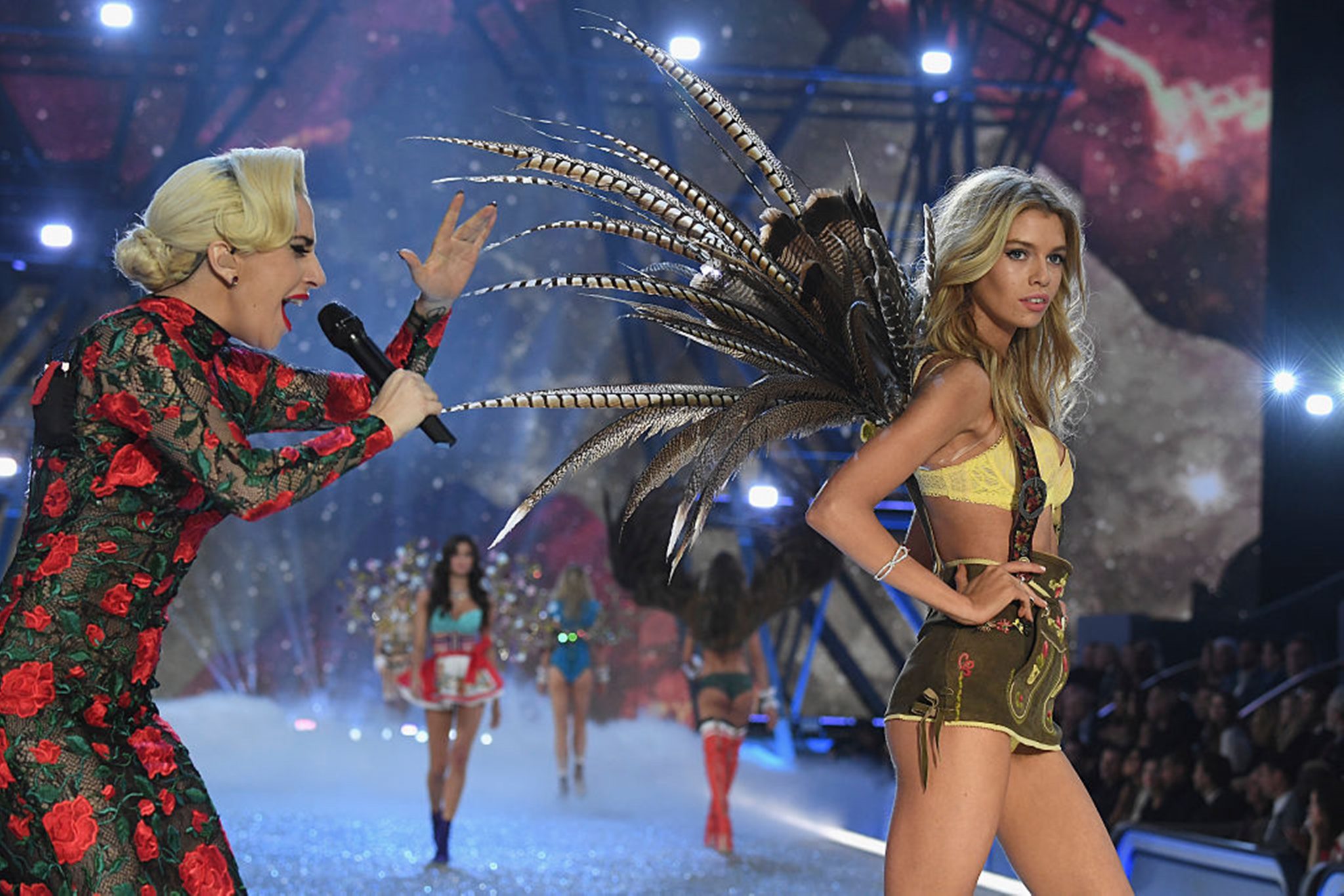 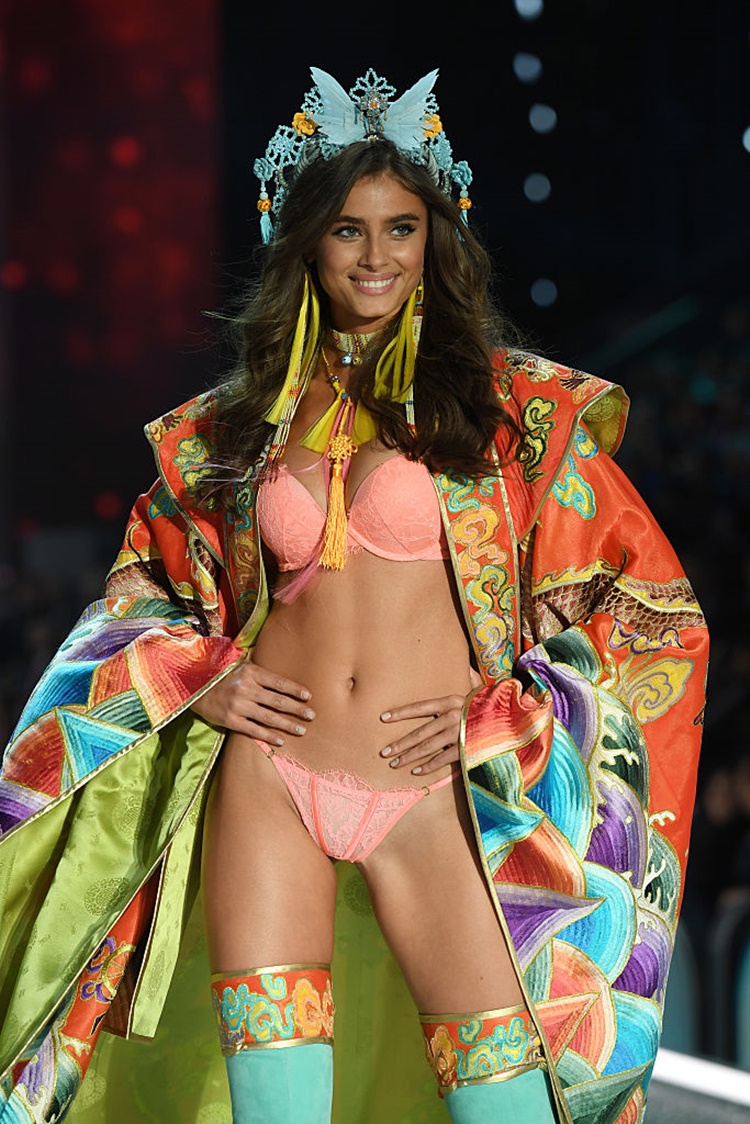 She’s known for being the first Portuguese model featured in a Sports Illustrated Swimsuit Issue. She made her VS debut in 2013, modeling that year’s PINK collection. The 25-year-old earned her wings in 2015, and walked in two segments of that year’s show. 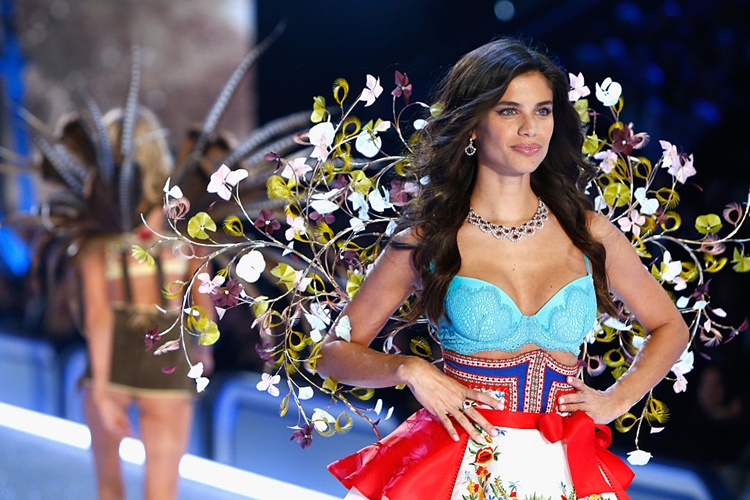 A year after she gave birth to her son, Alexandre Ribeiro, she began modeling in her native Brazil. She had booked the most shows during the São Paulo Fashion Week and Rio Fashion Week. She walked for every VS show from 2010 to 2015, except in 2012, when Ribeiro sprained her ankle during rehearsal and Behati Prinsloo filled in for her. In 2015, the brand signed her as an Angel. 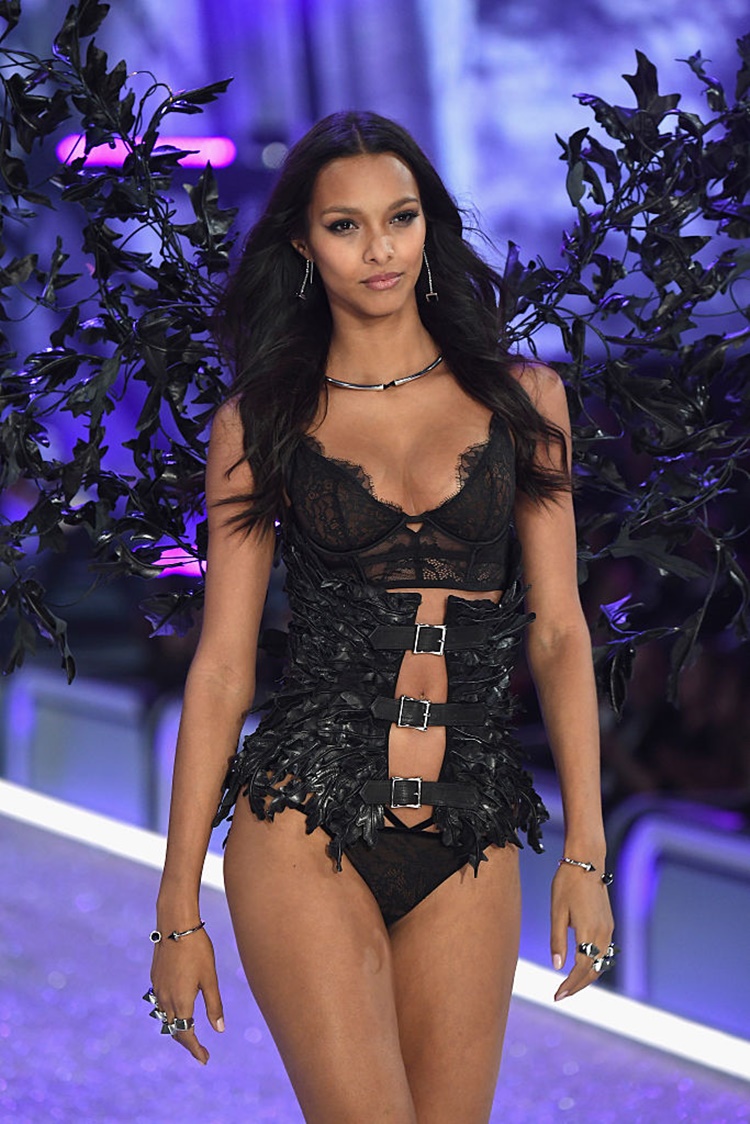 Skriver was discovered when she was 15 while on a trip to New York with her soccer team. The Danish model appeared in VS catalogs and walked in every show since 2013. She is the newest Angel, signed in February 2016, and was selected to wear the Swarovski outfit with a fringed crystal cape and 450,000 crystals. 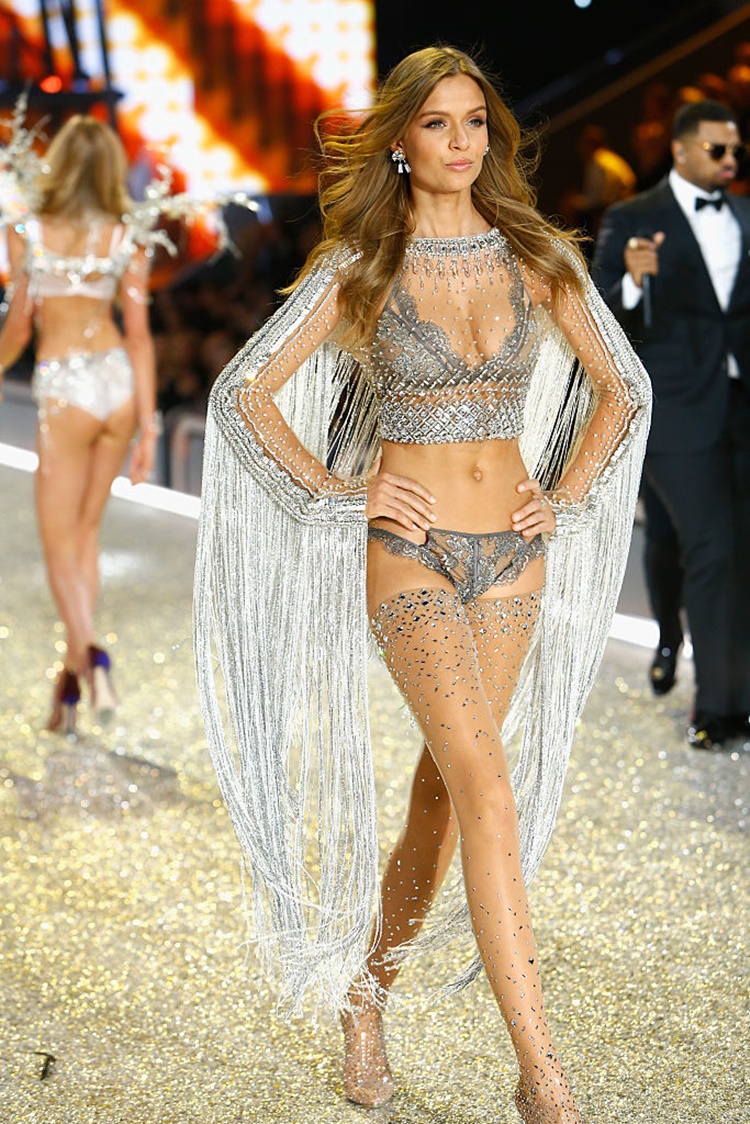 She was scouted while shopping with her mother in Amsterdam. This Danish beauty was the youngest newcomer in the 2014 VS show. A year after her Victoria’s Secret debut, she was signed as an Angel. In the 2016 show, the 21-year-old modeled another sparkling Swarovski-VS creation. 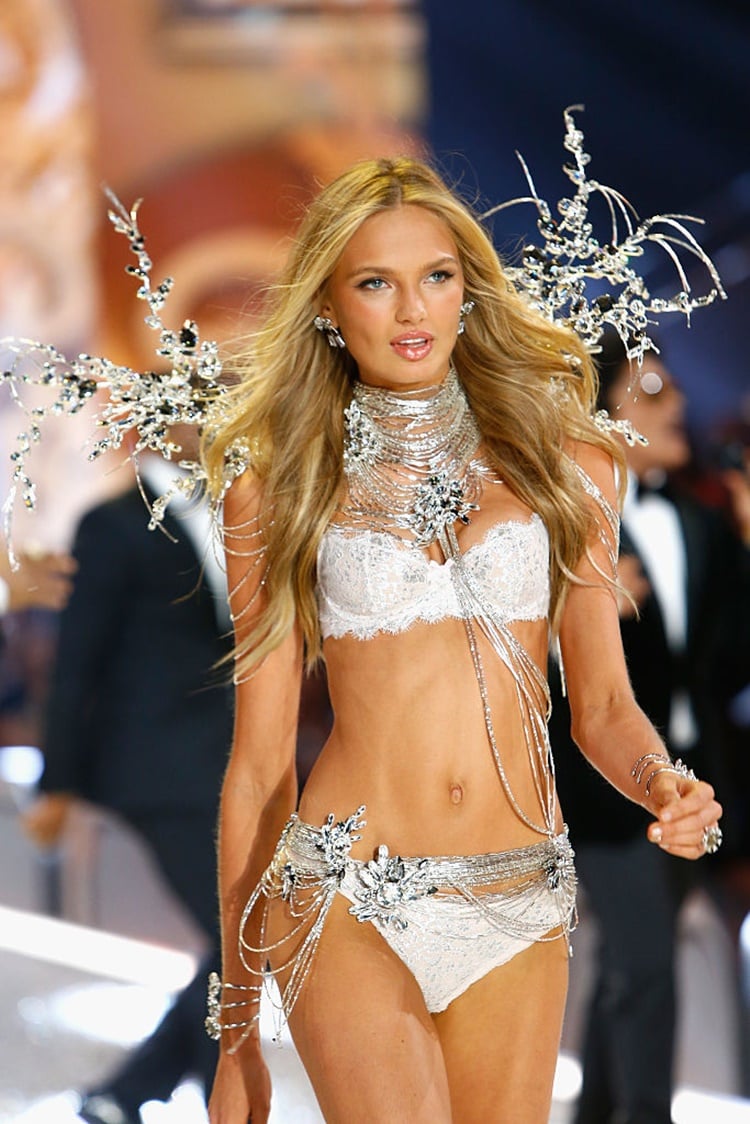