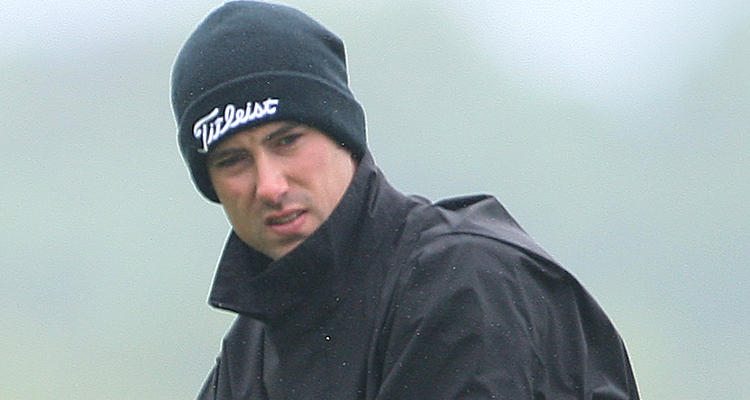 Henrik Stenson is probably the most well known Swede in professional sports today. Stenson is a professional golfer who plays on both the PGA and European tours. Henrik Stenson’s wife is the lovely fellow Swede Emma Lofgren. For Henrik Stenson, South Carolina will always have a special place in his heart. This is where he studied and more importantly met his future wife Lofgren, who is also a golf player. Stenson’s name got sullied in the Stanford scandal where he had invested a lot of his money. Luckily for Henrik Stenson, money lost has not ruined him because his spectacular performance in the year 2016 has brought him a lot of money. Don’t believe me! Then check out Henrik Stenson’s wiki page on the net.

For Henrik Stenson, college was where his life changed. He was practicing for the men’s golf team and spent every moment of his time with Lofgren who was on the women’s team. They went on their first date in 1997. Love bloomed and finally they tied the knot in Dubai in 2006. Both of them wanted children and today they have three lovely children named Lisa, Karl and Alice. So, where does Henrik Stenson live? Stenson lives with his happy family in the Lake Nona Golf & Country Club in Orlando, Florida. Stenson took to golf at an early age. He was barely 12 years old when he played his first round of golf. Though Stenson is a natural left hander, he had to learn to play golf right handed. By the time he was in his teens, Stenson was playing amateur and junior tournaments. He was representing Sweden in the junior boys team by 1994.

In the year 1999, Stenson turned professional and made his mark immediately. He topped the money earning rankings in Europe in the Challenge Tour. In the year 2001, Stenson served notice to the world by winning the Benson & Hedges International Open, his first European Tour victory. Not only that, but from the year 2005 to 2008 he was featured in the top 10 of the European Order of Merit. Since then Stenson has been winning tournaments and slowly climbing up the men’s players rankings. In 2013, Stenson won several prestigious events like  the Deutsche Bank Championships, The Tour Championships and the DP World Tour Championship. By doing this, Stenson established himself as one of the leading golf players in the world.

When it Rains, it Pours

The year 2016 has been especially good for Stenson. He has won the Open Championship at Royal Troon,  and now has the record of spending 250 weeks in the top ten in the world rankings. He is currently ranked number two in the world, which is the highest ranking achieved by any Swedish player ever. To top it off, he also won the BMW International Open in 2016. So what are Henrik Stenson’s career earnings? Millions of dollars! Stenson holds sponsorship deals with brands like Hugo Boss, Footjoy, Titleist, Audemars Piguet, Qlik and Netjets. He also made an investment in PGA Sweden National, his first business venture in golf. So what is Henrik Stenson’s net worth? A cool $48.0 million so far.

Stenson is an avid football game follower and his favorite team is Celtic FC. His favorite player is Henrik Larsson. Stenson also donates substantially to charity. In this he is guided by his wife Lofgren who has a special interest in helping children. Stenson juggles his time between his career, family and charity. So make no mistake, Stenson is a consummate ball player.