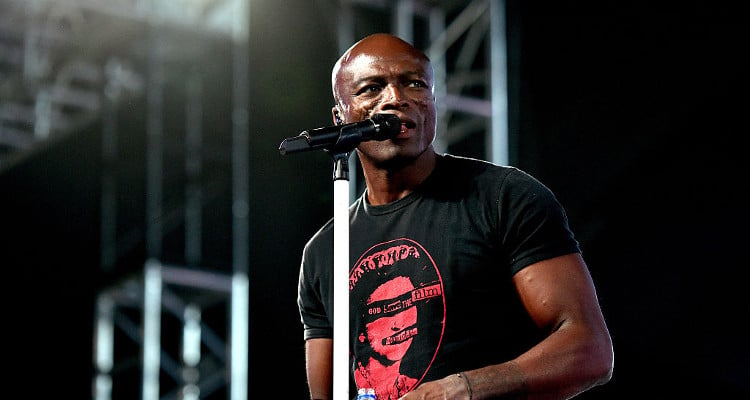 Seal Henry has been making soulful music and delivering hits as a pop star since the early 1990s. His high-profile marriage to supermodel Heidi Klum made headlines, and their relationship became the center of the liberal media’s attention. However, their storybook marriage ended, and they divorced in 2015. Since then, Seal has been busy making music and appearing as a judge on music reality shows.

Seal Henry and Heidi Klum were one of the most talked about celebrity couples in the early 2000s and appeared on numerous talk shows. Their inter-racial romance and marriage was much talked about, to say the least. The breakdown of their marriage and subsequent divorce again made headlines. So where is Heidi Klum’s ex-husband and what is he doing now? We will tell you all this and more from Seal’s wiki.

Born on February 19, 1963, in Paddington, London, to a Nigerian mother and a Brazilian father, Seal Henry’s age is 54. He was raised by a foster family in Westminster, London before his angry and physically abusive father and stepmother took him in. Seal received a diploma in architecture and worked several jobs in London before deciding to pursue his passion for music. He sang in local pubs and bars for a while before traveling overseas as a member of different bands like Push and, later, a blues band. Seal traveled to countries like Japan, Thailand, and India which gave him a breadth of knowledge about other cultures and philosophies.

LOVING the Maschine Jam from @nativeinstruments. Never been one for painting rhythms in a DAW by mouse, so that fact that I can physically play ideas in ….on the go is key ?!! Great job NI und viele danke ??

He got his break sharing vocals with S’Express on their U.K. hit “Superfly Guy” before singing the song that launched his career as a pop star. He released “Killer,” which a huge hit in the U.K., and charted well in other countries as well. This led to the release of his debut album, Seal which spawned the hits “Crazy,” “Future Love Paradise,” and another rendition of “Killer.” Seal subsequently released albums like Seal II, Human Being, Seal IV, System, Soul, Seal 6: Commitment, Soul 2, and 7. Seal Henry’s songs like “Prayer for the Dying,” “Newborn Friend,” “Kiss from a Rose,” “Latest Craze,” “Lost My Faith,” “Waiting for You,” “Get it Together,” “Love’s Divine,” and “Amazing” made him one of the most successful pop artists in the U.K. in the 1990s and 2000s.

Man with a Big Heart

Some of Seal’s songs were very successful in the U.S. market —especially the single “Kiss from a Rose,” which was included on the Batman Forever soundtrack. It won multiple Grammy Awards for Song and Record of the Year in 1996 thus cementing Seal’s popularity on both sides of the Atlantic. No wonder Seal Henry’s net worth is an impressive $30 million and counting. The only thing that dampened Seal’s life has been the break-up of his marriage to supermodel Heidi Klum, after being together for over a decade. They had three children of their own, and Seal adopted Klum’s daughter, Leni, whom the model had with Flavio Briatore, an Italian Formula One team manager. Seal Henry’s kids, Leni, Gunther, Johan, and Lou Sulola have nothing but lot of love from both of their parents.

Getting Better with Time

It always comes from the heart

These days, Seal is busy making music and doing charity work. Seal Henry’s Instagram account shows how passionate he is about his music. There are pics of him singing on stage and in the studio, with friends, and lots of ads for Nike. With his 6’4″ frame and a soulful voice that can still melt hearts, Seal is as impressive today while performing as he was when he started in the early 1990s. Like wine, he seems to get better with age.