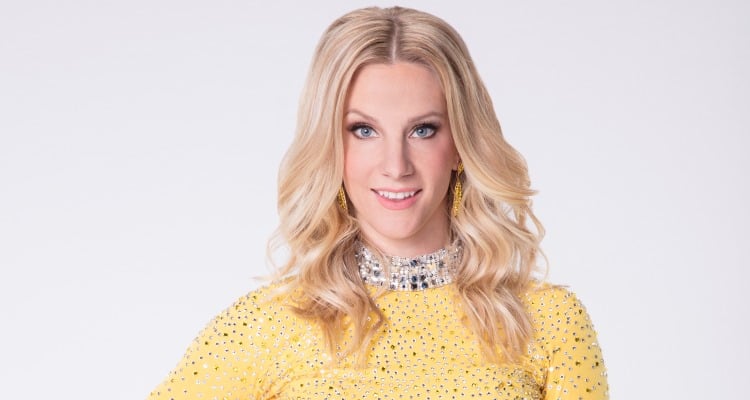 Get ready for a mini Glee reunion because it’s Brittany bitch! That’s right—Glee alum, Heather Morris may not be Glee’s gullible singer anymore, but she’s bringing back those hot dance moves to the ballroom! Are you ready for Heather Morris’ Dancing with the Stars debut? We hope so, because the 30-year-old actress is in it to win it this season! So, if you want more information on the young actress, then have a look at our Heather Morris wiki.

The Dancing with the Stars 2017 cast is full of actors, Olympians, and reality stars, all of whom are looking for that final glorious moment where they get to claim the coveted Mirrorball Trophy. After weeks of tangos, cha chas and foxtrots, there can only be one couple to earn the title of season 24’s Dancing with the Stars champions. Could Morris have what it takes to win this season?

Heather Elizabeth Morris was born on February 1, 1987 in Thousand Oaks, California and was raised in Scottsdale, Arizona. She began dancing at a young age and after dropping out of a local university, she decided to pack up her things and move to Los Angeles to pursue her dreams.

Her Break Out Role was on Glee

How can we forget when Morris graced our TV screens for six seasons of musical renditions and teen drama? She starred as Brittany S. Pierce, the lovable and talented (yet naïve) teenager at McKinley High School’s glee club. She was one of the cheerleaders (known as ‘The Cheerios”) sent by the show’s antagonist, Sue Sylvester, to spy on the glee club’s new directions, but ultimately enjoyed dancing and singing with them. Glee was the place where audiences got a chance to see Morris’ amazing choreography and natural dance talent, which will no doubt help her on Dancing with the Stars.

Morris’ net worth is approximately $4.0 million due to her many on screen roles, with majority of her income stemming from her role on Glee.

Also Read: Heather Morris and Maksim Chmerkovskiy on “Dancing with the Stars” 2017: 3 Facts to Know

In 2015, Morris married her childhood sweetheart, Taylor Hubbel at the Old Canyon Ranch in Topanga, California. The pair went to the same high school in Arizona and Morris’ Glee co-stars Naya Riviera, Kevin McHale, Jenna Ushkowitz and Grant Gustin were also in attendance.

“I want to marry Taylor and have kids with him. I love acting, but if it affects my relationship, then I won’t continue,” she told Fitness magazine. 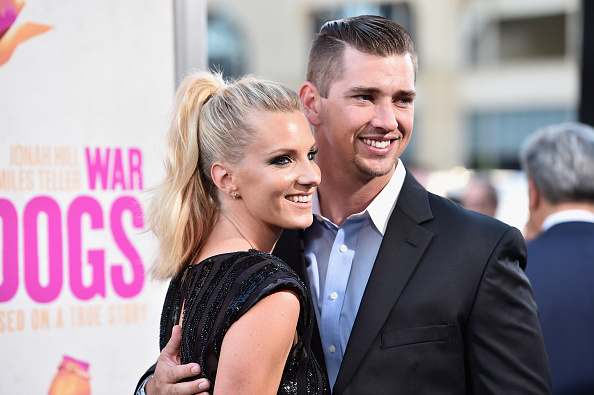 Morris and Taylor have two children together; sons Elijah, 4, and Owen,1. She had Elijah via C-Section and Owen, naturally.

The Glee star said on Instagram about her new baby boy: “I can’t tell you how amazing an experience to go from a cesarean and having a VBAC [vaginal birth after cesarean]… but I did it with the loving help of my husband, Dr. and family … and of course this little guy.’”

After all that, it’s amazing how she still has hot pics post-baby, and looks simply amazing in all of her costumes!

Morris is now on Season 24 of Dancing with the Stars and she is partnered with Maksim Chmerkovskiy, 37. But it’s not all fun and games, since many believe that Morris’ dance background gives her an unfair advantage. After all, she’s danced back up to Beyoncé during her 2007 world tour and although she didn’t make it very far on So You think You Can Dance, she bounced back and danced her way all through Glee’s six season run.

But, The Hollywood Reporter asked show producers, Ashley Edens and Joe Sungkur about the alleged advantage.

Edens replied: “No. We looked at that a lot. Does she have an advantage? Yeah. Is it unfair? No. She has never had a ballroom lesson. She’s never partner danced. That is a skill in and of itself. Does she know how to count music and have rhythm? Yes. But the expectation because she’s a dancer is going to be very different than someone like Rashad Jennings, who is an athlete coming into this. But Heather is finding it challenging because it’s like learning a new language. It’s foreign to her. She has not ever partner danced. It will be interesting to see the dynamic between she and Maks.”