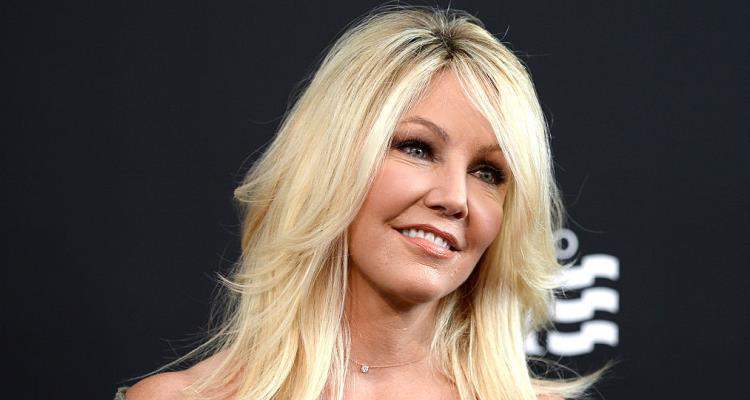 Who Is Heather Locklear Dating?

If you had time to Google the 56-year-old actress, then you may have already skimmed through her dating timeline! She’s had quite a few ex-boyfriends and ex-husbands, including the newly engaged rocker, Tommy Lee. But as for the man in question, no one knew or came clean about who Locklear has been dating! She’s mostly out of the public eye and usually prefers her privacy.

However, recent reports have revealed that Locklear has been dating a man named Chris Heisser. And he doesn’t have a clean record either. After Locklear’s arrest, Heisser was arrested and charged with DUI.

The Spin City alum was arrested at her Thousand Oaks home on Sunday night for suspected battery and assault on a police officer, according to reports form the Ventura County Sheriff’s Office.

“Our deputies responded and contacted Heather Locklear at that residence,” a spokesperson told E! News Monday.

“She was uncooperative with deputies and battered our deputies. We conducted an investigation into the original call of the domestic disturbance and determined she had battered her boyfriend. She was arrested for felony domestic battery and three counts of misdemeanor battery on a peace officer. She claimed prior to our arrival that she had been battered or injured. Although we did not see any evidence of that, out of an abundance of caution, she was transported to a hospital for evaluation.”

Her mug shot has now surfaced online and we have to say, she’s looked better. It’s not as bad as Justin Bieber’s infamous smile mugshot, but it’s no laughing matter, either. (They couldn’t let a girl freshen up first?) 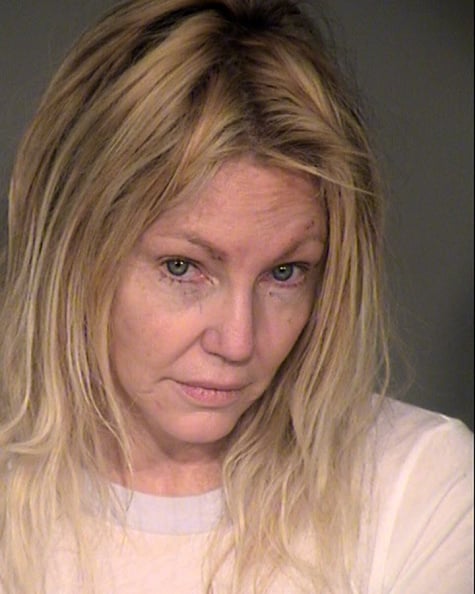 Sheriff Sgt. Eric Buschow said the actress posted bail in the amount of $20,000 and was released.

This isn’t the first time Locklear has been involved with the police, either. Back in 2008, the Melrose Place alum was arrested by the California Highway Patrol on “suspicion of driving under the influence of a controlled substance.” She paid a $700 fine, took a driving safety class, and was put on three years probation.

While many love watching celebrities take a public nosedive, fans of the actress took to Instagram to show their support by commenting on her latest photo.

One follower wrote, “Everyone who is so judgmental.. get off those dame soap boxes . NO ONE IS PERFECT . unless you have walked in someone else’s shoes, you do not know whats going on. Stay strong Heather[sic].”

Another follower wrote, “Don’t let men ruin your life they aren’t worth it don’t let no human being take power over you he that angers you, controls you, don’t let ppl get under your skin to point you lose your shit. God bless you hope you get better. Don’t forget who you are and never let ppl drag u down to their level. Stay strong[sic].”

Locklear hasn’t commented on the incident and it’s unclear if she and Heisser will stay together after this.