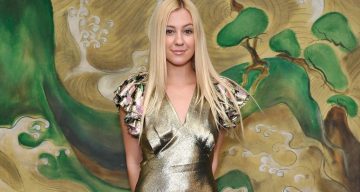 Heather Locklear was arrested on Sunday night for allegedly assaulting her boyfriend and three Ventura County Sheriff’s deputies. Although she is out on bail, the attention is now falling on her daughter, Ava Sambora. If you want to know more about Heather Locklear’s daughter, our Ava Sambora wiki has all you need to know. So, keep reading!

Born Ava Elizabeth Sambora on October 4, 1997, in Los Angeles, California, to Heather Locklear and Richie Sambora, her age is 20.

In June 2015, Sambora graduated from Viewpoint High School in Calabasas, California. She is currently attending Loyola Marymount University in Los Angeles, and is a member of the Alpha Phi Women’s Fraternity.

Sambora is very serious about her studies. In high school, she had a 4.2 GPA and 11 scholarship offers from various schools!

She Is Richie Sambora and Heather Locklear’s Daughter

Their divorce was finalized in April 2007, and they reportedly remained on good terms.

Sambora spoke about his daughter in an interview saying, “She and I are close and have a candid relationship. Boundaries are set, that doesn’t budge. She is an amazing kid and dedicated to school. She’s acting. The first audition she [went] out for was Judd Apatow’s This is 40 – and she got it.”

He added, “She’s been doing Disney stuff. I’m really proud of her —she’s just a joy. My favorite girl —her and my mom, I always say.”

Ava Sambora Is a Model and Actress

Ava Sambora worked in several TV series and movies such as SummerBreak 3, Good Luck Charlie, and Fresh Off the Boat.

Talking about becoming an actress, she said, “Ever since I was 5 or 6, I’ve wanted to be an actress. I loved attention and would always try to be onstage and in front of people. It was easy to figure out what I wanted to be.”

Besides acting, she is also concentrating on her modeling career. In 2010, Sambora walked the runway for her dad’s clothing line, White Trash Beautiful.

She loves to let her hair down and have a good time with her friends, which is quite evident from her Instagram.

Here are some of Ava Sambora’s pics; she’s giving us major vacation and bikini goals, that’s for sure!

Can I go back now?