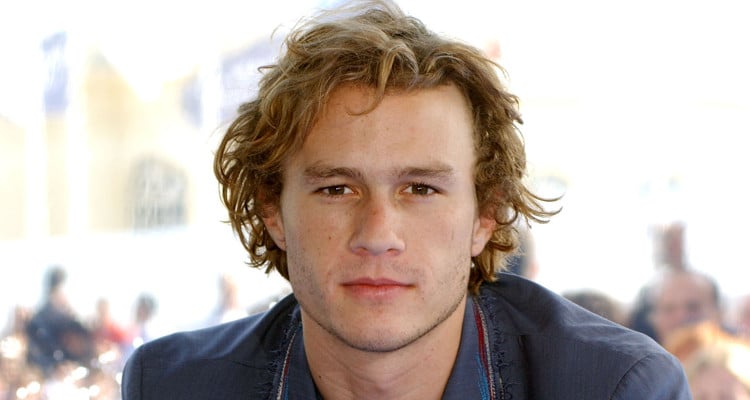 I Am Heath Ledger premieres May 17, 2017, on Spike at 10:00 p.m. EST. Heath Ledger was one of the most talented actors in the industry, and his death shocked the world. For more information about the actor’s cause of death and more, take a look at our Heath Ledger wiki.

Heathcliff Andrew “Heath” Ledger was born on April 4, 1979 in Perth, Australia. His mother, Sally Ledger was a French teacher and his father, Kim Ledger was a race car driver and mining engineer, but they divorced when he was 11. Heath went to Guildford Grammar School, where he first found his love for acting as a 10-year-old in the school’s production of Peter Pan. Heath has an older sister named Kate, who is an actress as well as a publicist. His mother remarried a man named Roger Bell and they had a daughter named Ashleigh Bell. His father also remarried, to a woman named Emma Brown and they had Heath’s second half-sister, Olivia Ledger.

The late actor dated some well-known actresses and models like Heather Graham, Lisa Zane, and Naomi Watts. In 2004, he started dating actress Michelle Williams after meeting on the set of Brokeback Mountain. On October 28, 2005, Heath and Michelle welcomed their daughter, Matilda Rose to the world.

Heath moved in with his girlfriend in her Boerum Hill, Brooklyn home. However, their relationship was short-lived as, in 2007, it was confirmed that Heath and Michelle had parted ways. After his breakup with Michelle, rumors that Heath was romantically involved with supermodels Gemma Ward and Helena Christensen surfaced. It was not until after his death that Gemma confirmed the news that she dated Heath in 2007 and the two celebrated Christmas with each other’s families.

At the age of 16, after completing his early graduation exams, Heath traveled to Sydney with his close friend Trevor DiCarlo to pursue their dream of becoming actors. Initially, Heath had landed several small roles in TV. In 1997, his debut film Blackrock was released. From there, he got the opportunity to work in the TV show, Roar. This opportunity opened doors for him in Hollywood.

How Did Heath Ledger Die?

On January 22, 2008, Heath’s housekeeper (Teresa Solomon) and his masseuse (Diana Wolozin) found the actor unconscious in bed in his SoHo apartment. According to police records, his masseuse called Mary-Kate Olsen for help using Heath’s phone.

At around 3:33 p.m. a medical team arrived at Heath’s apartment. However, they failed to revive him. At 3:36 p.m. the medical team pronounced him dead and his body was removed from his home.

After the news of Heath Ledger’s death surfaced, several reports crept up on the Internet stating that the apartment actually belonged to Mary-Kate Olsen. However, it was later revealed that it was his apartment, and Mary-Kate was called because she was in a casual relationship with Heath in the months before his death.

The autopsy report said that Heath Ledger died from an overdose of prescribed medications revealing that, “Mr. Heath Ledger died as the result of acute intoxication by the combined effects of oxycodone, hydrocodone, diazepam, temazepam, alprazolam and doxylamine. We have concluded that the manner of death is accident, resulting from the abuse of prescribed medications.”

I Am Heath Ledger Documentary

A feature-length documentary, I Am Heath Ledger, will air on May 17, 2017 on Spike. It compiles footage shot by the late actor, along with interviews from his family and friends. Take a look at the trailer below: