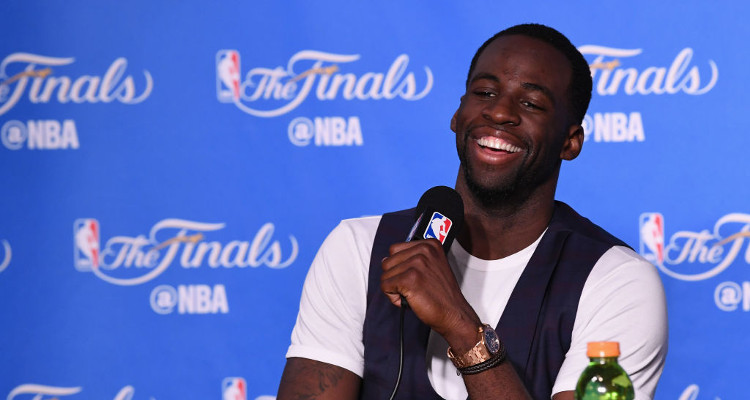 Hazel Renee Joiner is confirmed to be dating Golden State Warriors power forward Draymond Green! Now, fans want to know more about the Empire actress, who has also had a few stints on reality TV.

Hazel Renee Joiner might still be making a name for herself on TV, but after she was caught kissing Draymond Green, many more people are taking notice of her! Hazel Renee is a confident woman who knows what she wants, and people loved her short stint on Empire.

Our Hazel Renee wiki has details about her past and how she started her acting career. This talented lady always lights up the screen when she is on TV, and fans cannot wait to see more of her now that she’s Draymond Green’s girlfriend.

Born in an army base in Fort Riley, Kansas on March 31, 1986, Hazel Renee’s age is 32. She has a mixed background, as her mother, Eve Reichardt, is Puerto Rican and Filipino, and her father, Rodney Joiner, is African-American.

She mostly grew up in Grand Rapids, Michigan, where she went to Central High School. After graduating, she attended Michigan State University, where she obtained a degree in communications.

Now, she lives in California.

In 2004, Joiner won the National American Miss Teen Michigan pageant. She was 18 years old at the time.

She then did some modeling with the NEXTEL Cup Nascar Races Show and the TIGI Hair and Makeup Show.

She also participated in the Miss Teen Michigan pageant, which she won.

While studying at MSU, Joiner was a sprinter.

According to the official Spartans Athletics website, her personal bests were:

Working Hard to Make It to the Top

Joiner worked as a high-profile assistant to a close celebrity friend. From there, she reportedly started her own concierge company.

As for acting, she got her big break back in 2013 with an appearance on the web series, The Marriage Tour.

That led her to land a recurring role on Fox’s hit musical-drama Empire as Kennedy. She also appeared on MTV’s Making the Band 3.

She continued with her stints on reality TV, as she was seen in episodes of Basketball Wives and The Real Housewives of Atlanta. (If you don’t remember, she was Kandi Buress’ musical friend!)

The TV personality is now in the news for dating basketball star Draymond Green, who, in a clip posted on his Instagram, kissed her as she held the baby he has with Jelissa Hardy.

Hazel Renee has a daughter of her own named Olive Jay. Though she has not revealed much about the girl’s father, she referred to the child as her niece for the first year of Olive Jay’s life.

On a Musical Note

Hazel Renee Joiner is also a recording artist, and released an album called Love Triangle. Some songs include “Say About It,” “You Mad?,” and “Locked.”

The five-song album is available to stream on Spotify.